He should have phoned it in 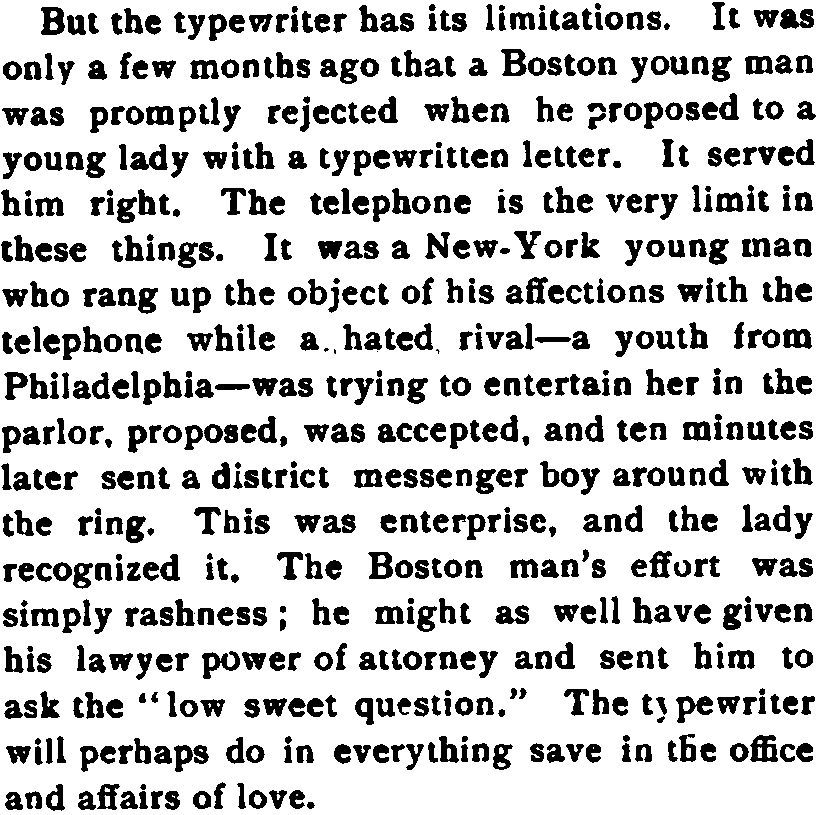 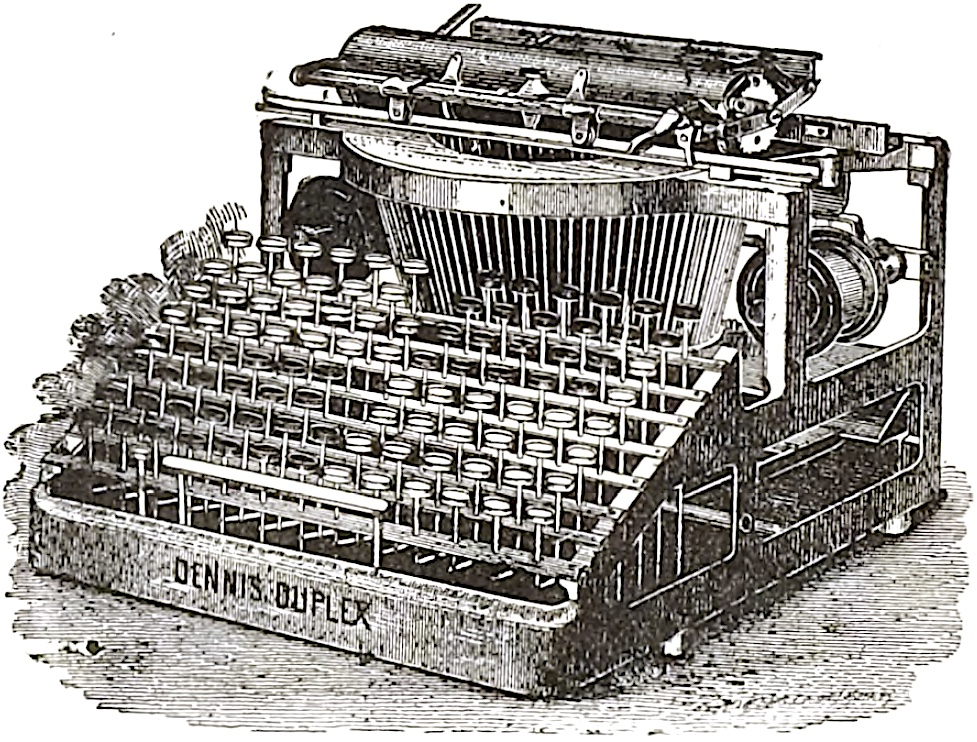 Ultimately, the mechanical typewriter proved fast enough, but, in the early days of the invention, a much faster machine was nearly always contemplated. This effort yielded a number of curious models such as the Dennis Duplex Writing Machine that enabled operators to type two characters at once, potentially doubling a typist’s output. How a typist was to coordinate this action, however, is a bit of a mystery. The design seems overly complicated, and the Dennis Duplex floundered. In the end, standard machines proved fast enough.

But, in the late 1800s, fast enough was nearly never adequate, and the Dennis Duplex garnered a lot of press coverage, including a speculative, mostly second-hand account published in 1899 in Browne’s Phonographic World. “This looks like a machine somewhat on the plan of a piano… two type being used at the same time.” The editors did not view the machine themselves, and evidently had difficulty imagining it.

Included below is that account, and a later description in The Phonographic Magazine. A modern history of the machine can be found here.

END_OF_DOCUMENT_TOKEN_TO_BE_REPLACED

William Henry Peck was a southern author who wrote some 75 books, launching his career sometime in the 1860s. He attributed his prodigious output to the typewriter, claiming he could type between 90 to 100 words per minute. That is particularly fast, though reasonably possible. In his testimonial, he noted that he would not part with his machine, a Remington Standard No. 1, for even $1,000.

Here is an excerpt from The M’Donalds (1867), which presents the typical southern view of the Civil War: 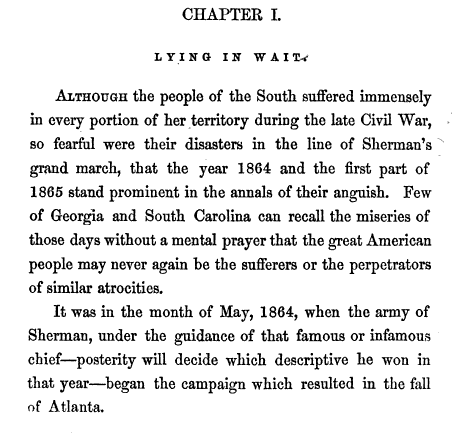 Claiming he was too young to enter into a legal contract, John Robert Toplin argued he was not bound to an agreement he made Wyckoff, Seamans & Benedict. The case did not go his way. 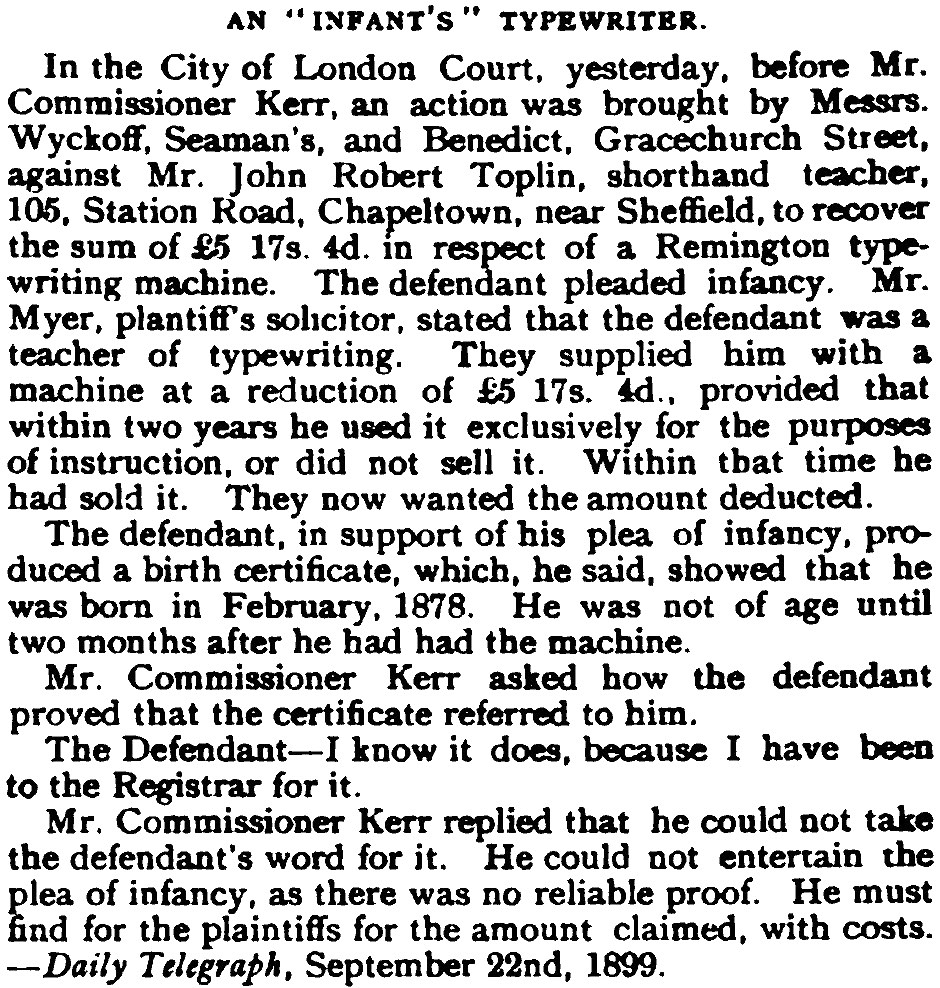 While the British adopted “typist,” as opposed to calling the operator the machine a typewriter, Americans were slow to adopt the term, sometimes preferring typewritist, as in this poem.