Women and the typewriter 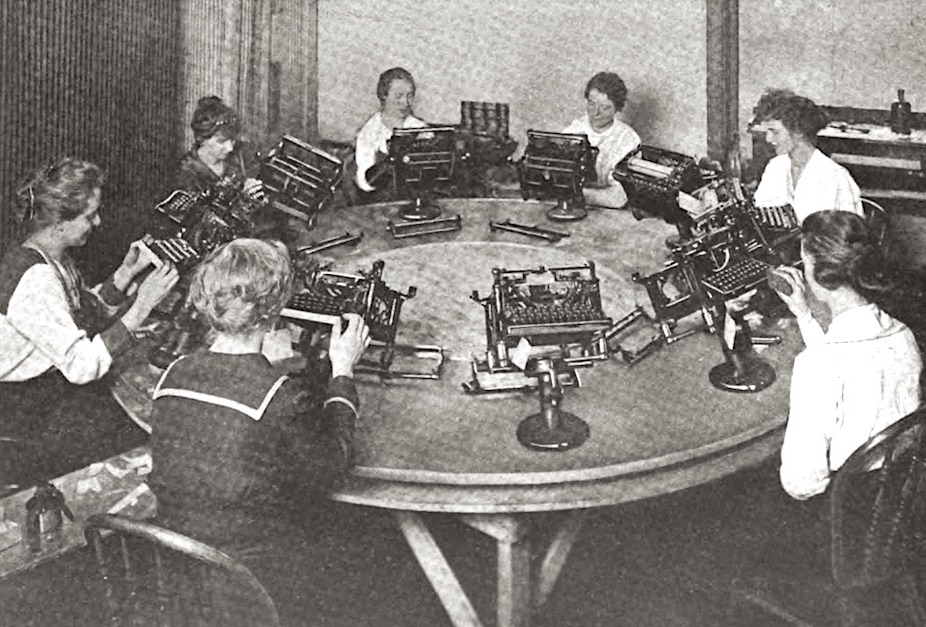 Women in the employ of the Typewriter Emporium, reconditioning machines for the secondary market. From “Rebuilt typewriters,” indexed below, 1918.

This page functions as an index of primary source documents on the pioneering efforts of women who employed the typewriter to gain access to the workforce in the late 1800s and early 1900s. These documents tell a fascinating story is more readily available in this age of digital archives.

The links below either point to a post at Type-Writer.org that includes my own comments or simply the documents themselves. Off-site links are noted. This page is a work in progress. If you have a link, a document, or a suggestion, please email at netadams (at) gmail.com.