The Stenodactyle is an exceptionally rare machine, and only one is known today (see ETCetera, p. 18, here). Jules Lafaurie, a Frenchman, designed and patented the Stenodactyle in 1903 in both the United States and France (see US734895 and FR339341). It was, at this early stage, regarded as a version of a typewriter, not a dedicated machine for transcription. One advertisement pictures a young woman typing with the device on her lap.

“La Nature expresses the belief that the invention of M. Laufaurie (sic) will be a boon,” wrote the Phonographic World in 1903, “particularly to newspaper reporters, in whose work uniformity in outlines while making notes is an extremely important matter. The machine is adaptable to any language, and, inasmuch as employs an undeviating code, its operation is easily mastered.”

The Stenodactyle, however, was not a success, and beyond a few mentions in the press, it was little noticed, though it appears to have been employed in the French parliament.1 Lafaurie (his name was misspelled in some press accounts) was an engineer and held several patents, including one for telegraphy, a type of brush, and improved ribbon movement in typewriters (likely the Stenodactyle). His name also appears in a patent for an earlier stenographic machine invented by Alfred Julius Boult (GB190009271T). It may be that Lafaurie was a co-inventor.

Lafaurie was also associated with Guillaume Girou-Lanauze, an engineer whose inventions were related to the shoe industry. 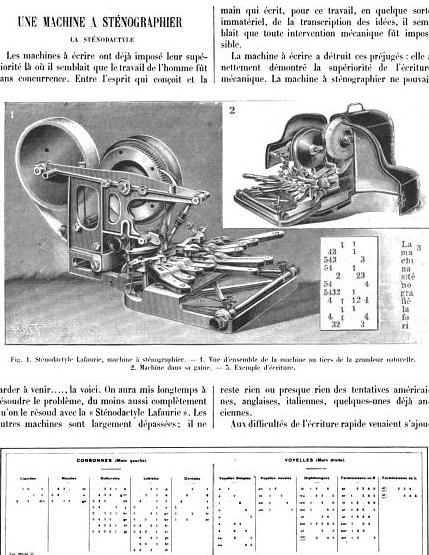 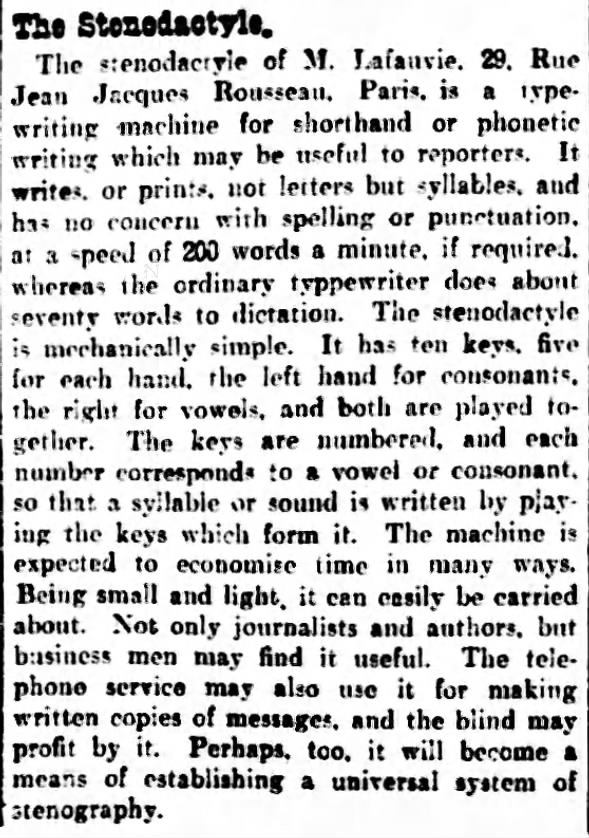 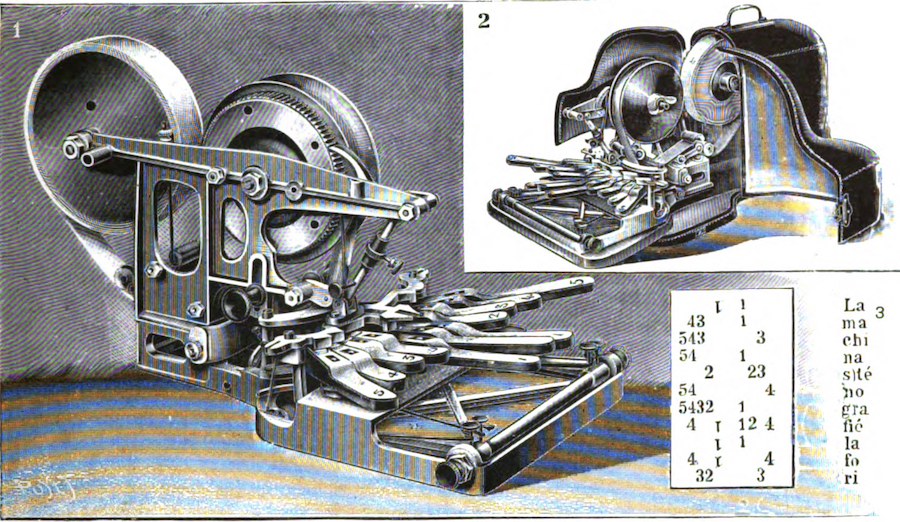 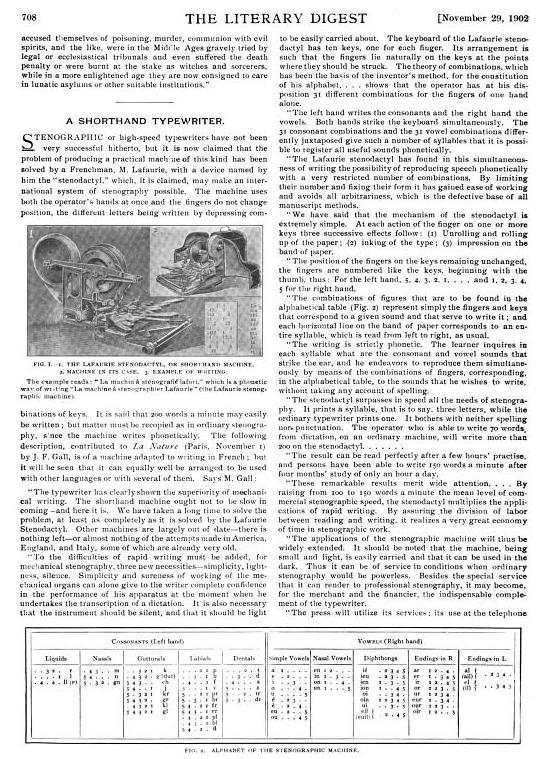 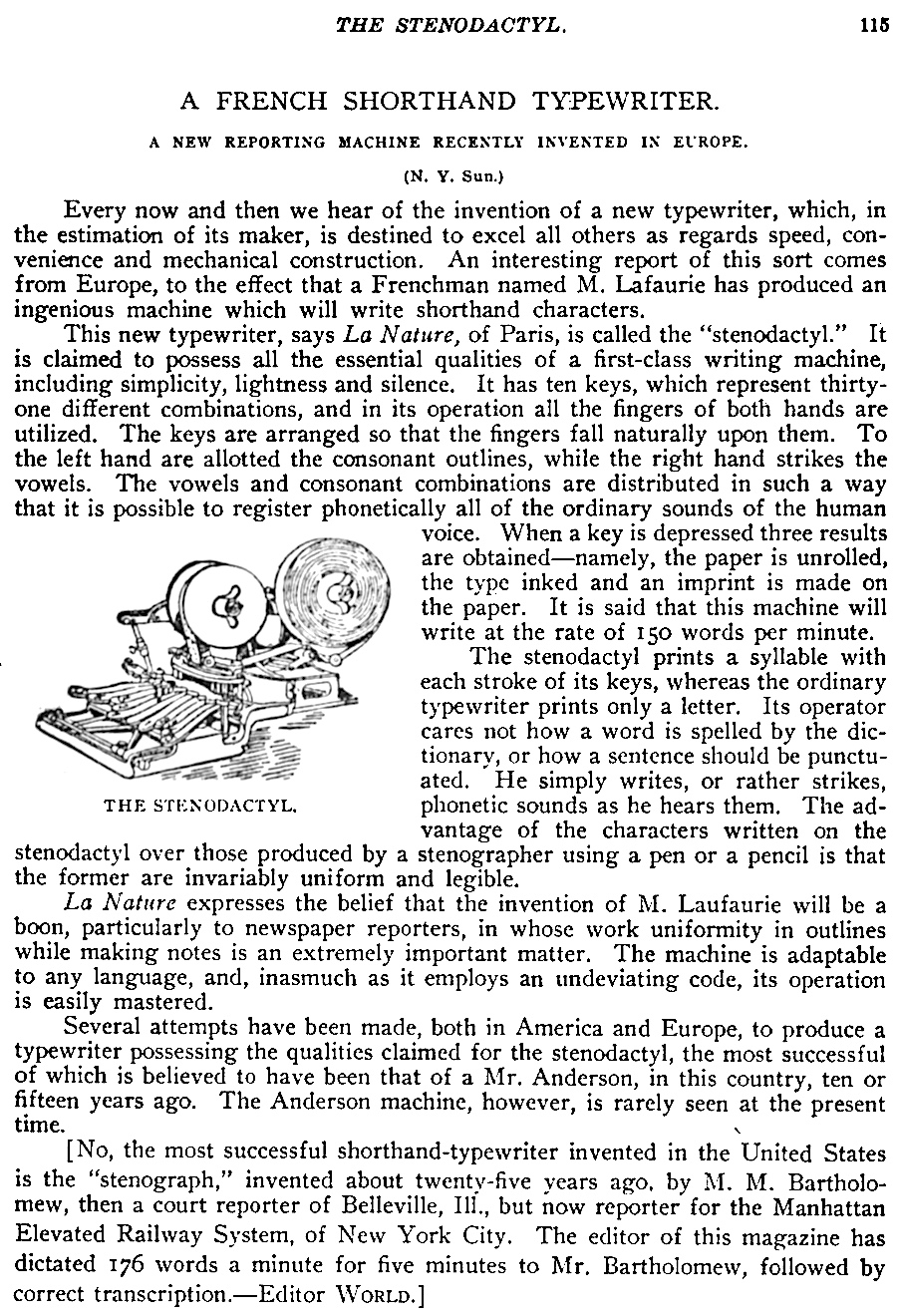 Images from the patent: 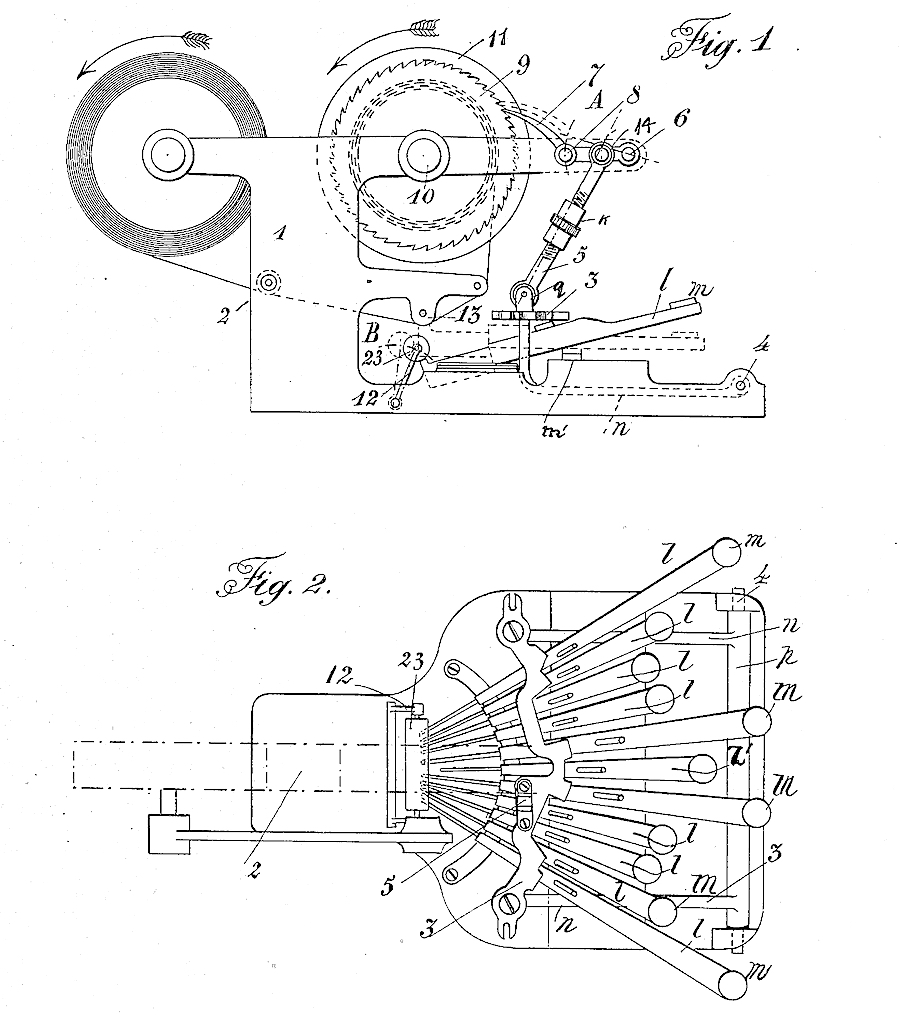 A copy of a French advertisement for the Stenodactyl can be found at Richard Polt’s blog here. An original is held in the Library of Congress.

Typewriting opened doors for African-American youth
The Yost No. 4, as observed in 1895
Not a "dastardly invention"
1894 in retrospect