In the mid-1980s, there was an outfit in the San Francisco Bay Area that converted Mac Ses into portable computers. These altered machines were heavier than the originals, but, oh, how I wanted one. Only the price (and the fact that I could lug my SE around) prevented me from making a purchase.

I imagine that in the 1880s, the notion of a portable typewriter (albeit 15 pounds!) appealed to certain people. What machine is described in the following article is unknown, but apparently it was a “luggable” typewriter, which was noticed on a train: 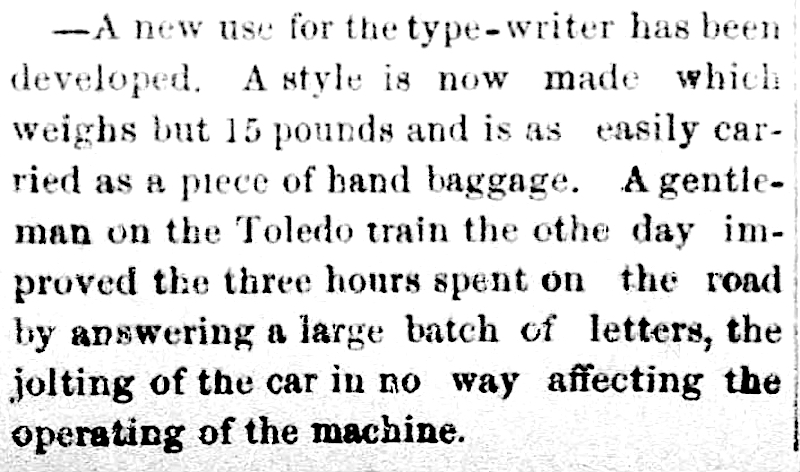 The typed image of a train (above) was take from the Railway and Locomotive Engineering (New York), October 1902 –