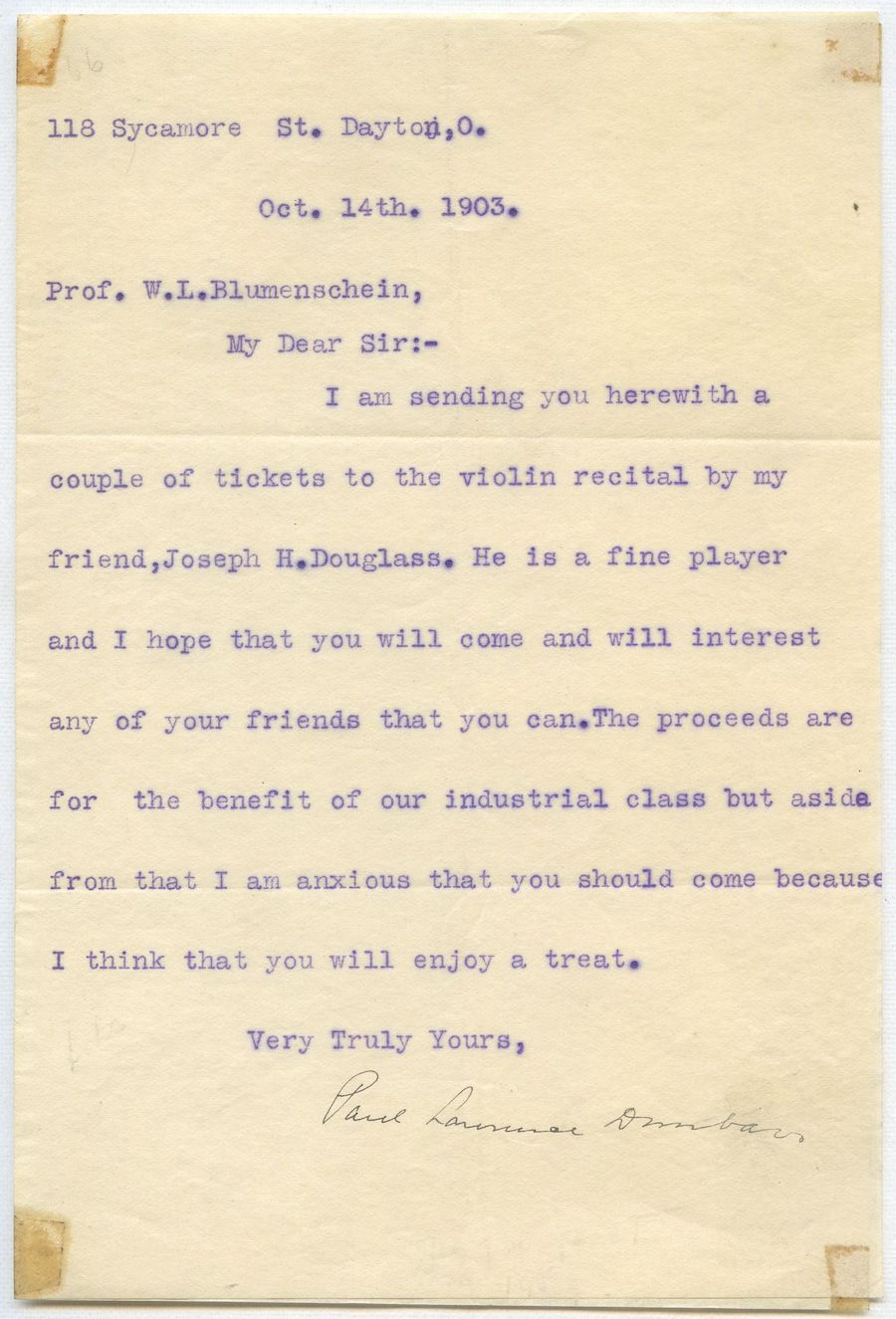 A type-written note from Paul Laurence Dunbar’s Remingon No. 6. Jospeh H. Douglass was the grandson of the abolitionist Frederick Douglass. The elder Douglass extolled Dunbar’s poetry.

For Paul Laurence Dunbar, going viral in the late 19th century involved a favorable review of his second collection of poetry in Harper’s Weekly by noted literary critic William Dean Howells. The article was published on June 27, 1896, his 22nd birthday, and heralded Major and Minors, which had a very limited first printing. Dunbar was an overnight sensation, rising to fame as America’s most distinguished African American poet to date.

Dunbar was famous for several collections of poetry, both in formal English and in dialect, of which I am proud to say that I own three autographed editions, including Major and Minors. Maya Angelou borrowed a line of his poetry, “I know why the caged bird sings,” for the title of her autobiography. Among Dunbar’s more recognized works are “We Wear the Mask,” “Sympathy” (which contains the line), and “Ships That Pass in the Night.”

For typewriter collectors, it is worth noting that Dunbar owned a Remington Standard No. 6, which is on display in his home in Dayton, Ohio, a residence that now serves as a museum. He typed on the machine himself, though he also employed a typist.

Merry Christmas!
The (typewritten) Raven, composed by Daugherty on a Daugherty
Typed.
Poem: "Typewriter and Typewriter" (1893)