The International Typewriter (model of 1889) 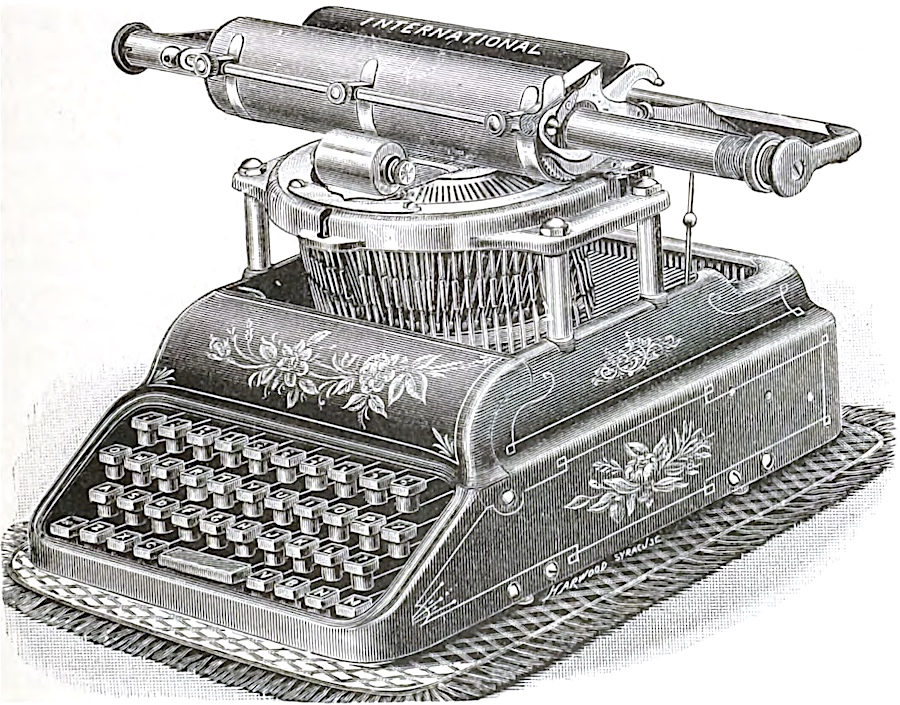 The International Typewriter was designed by Lucien Crandall and introduced in 1889. Manufactured by the Parish Manufacturing Company, it purportedly sported an interchangeable keyboard, “admitting the board of any machine,” though advertisements make no mention of this feature. A second and third model followed in 1892 and 1893 (see TWDB), but the company struggled. Queries to various trade journals indicate there was interest, but in 1895, the works of the Parish Manufacturing Company were sold at auction for $2,000 to W. H. Baker of Syracuse.1 Today, Internationals are exceptionally rare.

Having received an International in 1898, Annie Williams wrote the editors of The Phonographic Journal, “I received the International typewriter a week ago to-day, and, with the exception of a few of the fingers, which stick, does very good work. Indeed, I consider it a very good machine for the price.” She likely received a second-hand machine.

The following article depicts the first model (see above) but may be describing a later model.

Type sample as provided by The Phonographic Magazine on page 120: 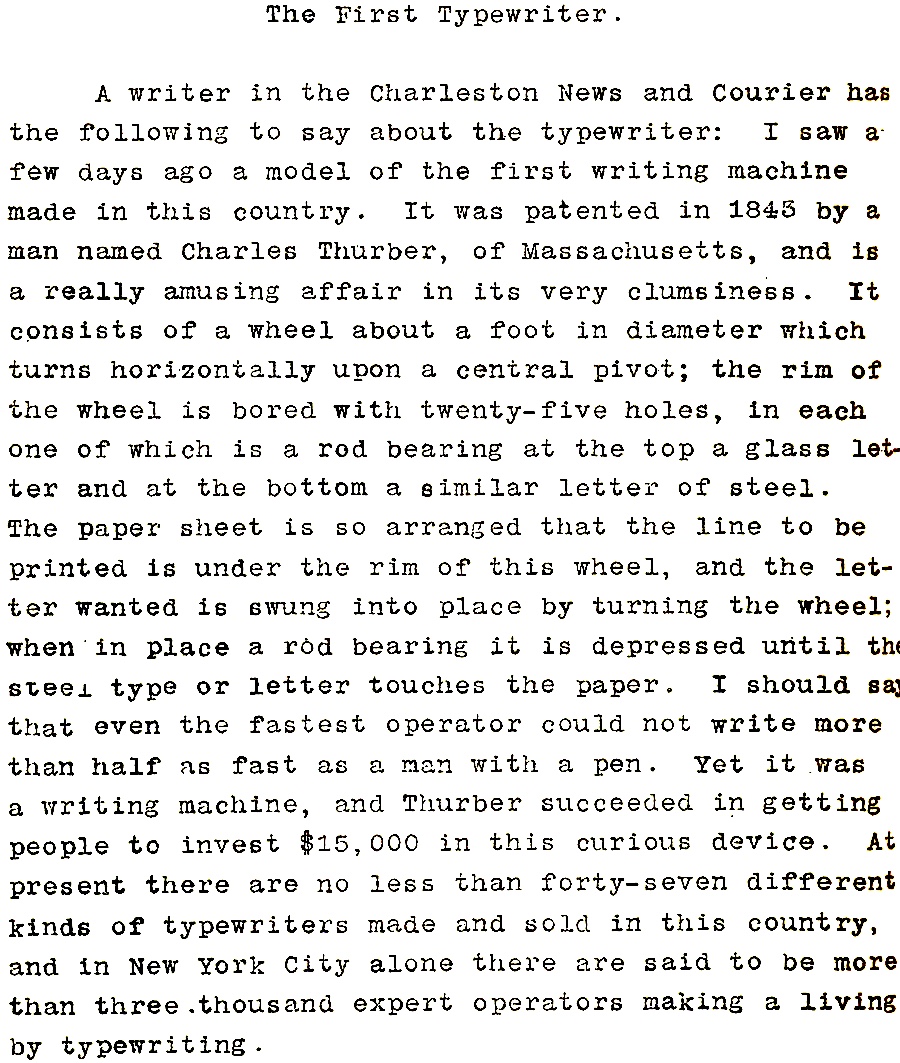 From Our Day, a Record and Review of Current Reform (Boston), July-December 1889 – 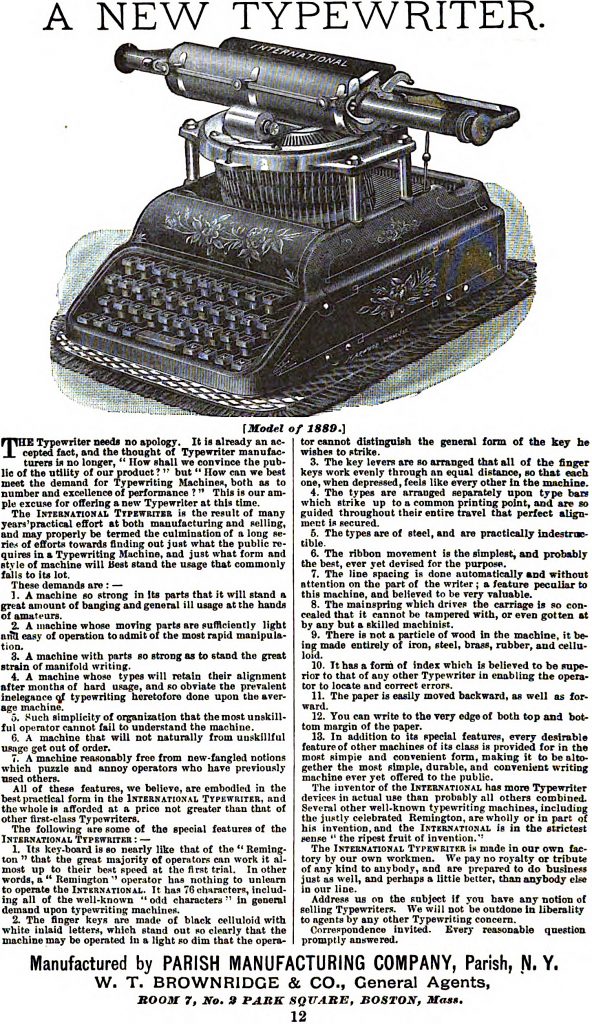 The first model can be viewed here.