Markenfield Addey was a blind editor who published The White Mountain Echo in Bethlehem, New Hampshire. He also conceived a portable writing machine called a “typograph.” In many ways, the machine described resembles the Blickensderfer, though Addey’s invention would have sported a spherical type element like the Selectric’s.

“The main feature of the typography consists in the letters being placed around a small ball or sphere 2 inches in diameter, and in six lines, converging at the poles. This ball or sphere is caused to revolve, and the letters are thrown into position for printing by very simple mechanism, and when the letter is in place an inking roller passes before it, and it alone, and then, the ball being doubly locked to secure perfect alignment, the paper is pressed against the type by the platen, which immediately after falls back and presents the printing to the full view of the operator.”

The article mentions only that a working model was in progress, but no known machine or prototype exists today. 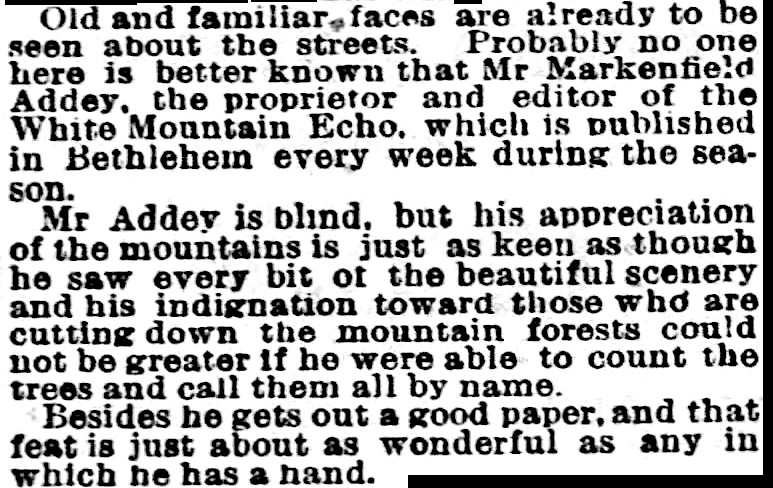 The "Stanograph"
More on the House typewriter (no photo, though)
Horton's Typograph (ghost of the Bennington?)
F.A. De Mey's mechanical typographer

Next post: Thomas Hardy did not use a typewriter (at least in his lifetime)