Ultimately, the mechanical typewriter proved fast enough, but, in the early days of the invention, a much faster machine was nearly always contemplated. This effort yielded a number of curious models such as the Dennis Duplex Writing Machine that enabled operators to type two characters at once, potentially doubling a typist’s output. How a typist was to coordinate this action, however, is a bit of a mystery. The design seems overly complicated, and the Dennis Duplex floundered. In the end, standard machines proved fast enough.

But, in the late 1800s, fast enough was nearly never adequate, and the Dennis Duplex garnered a lot of press coverage, including a speculative, mostly second-hand account published in 1899 in Browne’s Phonographic World. “This looks like a machine somewhat on the plan of a piano… two type being used at the same time.” The editors did not view the machine themselves, and evidently had difficulty imagining it.

Included below is that account, and a later description in The Phonographic Magazine. A modern history of the machine can be found here. 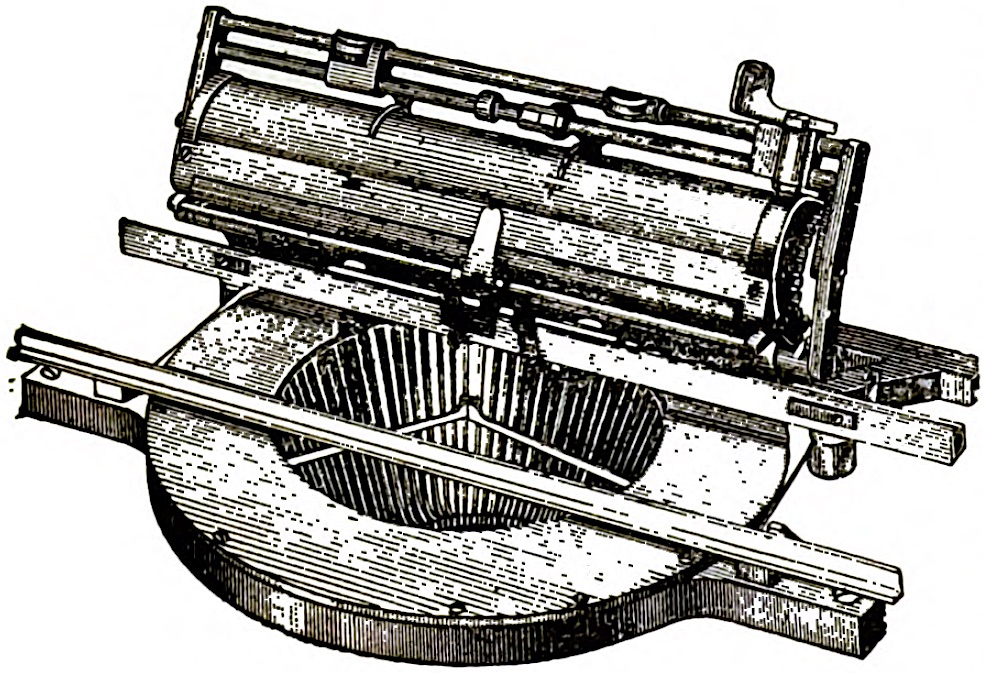 Speed of the typewriter (1887)
The "writer," a name that didn't stick
"Our ancestors doubtless thought this clumsy affair a great invention..."
Brudenell Carter: An early adopter (1888)