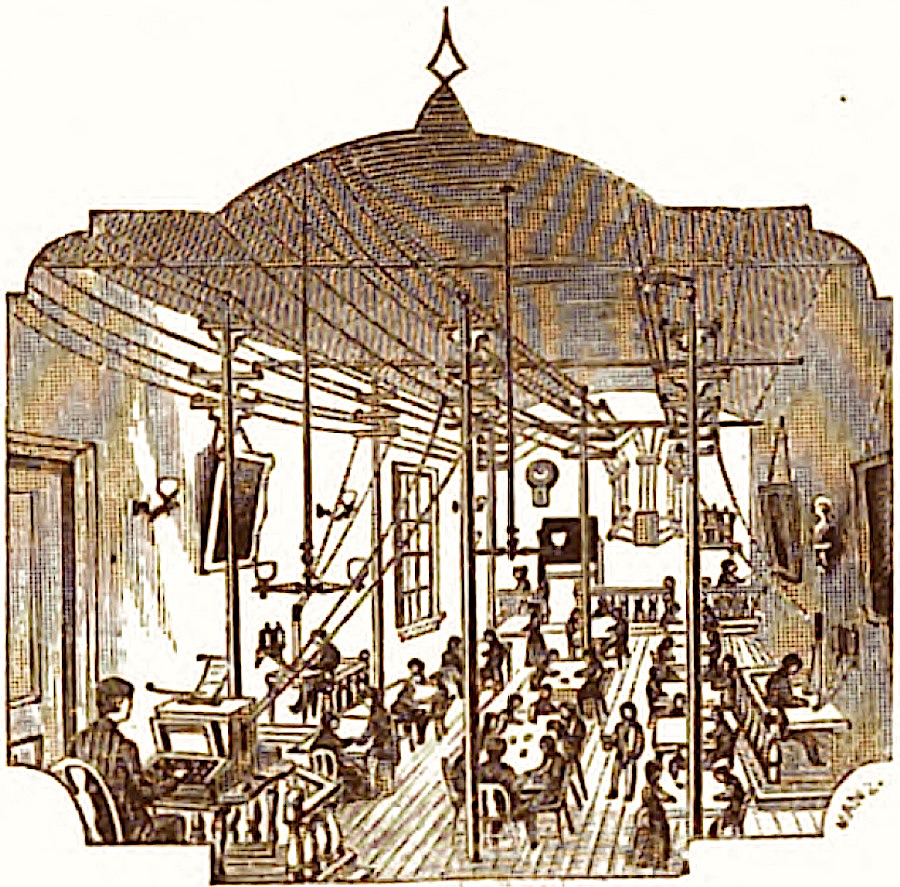 Image from a business listing for Porter’s National Telegraph College in late 1873. Note the gentleman operating a Sholes & Glidden Type Writer in the bottom left corner.

People employed the Sholes & Glidden Type Writer for business applications as early as 1873, the year the machine was introduced. Porter’s National Telegraph College advertised copying services in February that year, one month before the machine would be manufactured under contract by E. Remington & Sons. These early advertisements emphasize the typewriter as a copying device, though news reports and sales literature also envisioned it as a writing machine.

This blog posting chronicles advertisements for typewriting services, not the machine itself, and continues work begun here – The Early Typists (January 3, 2019), which includes advertisements dating from 1876, a period when such work was quite common.

Porter’s National Telegraph College placed the following advertisement in The Representative Business Houses of Chicago, a listings directory, which was published sometime in the latter half of 1873. The engraving on page 66 was shared with Western Electric Manufacturing Co., which advertised its services on page 72 (not page 74 as indicated by the directory under the engraving). 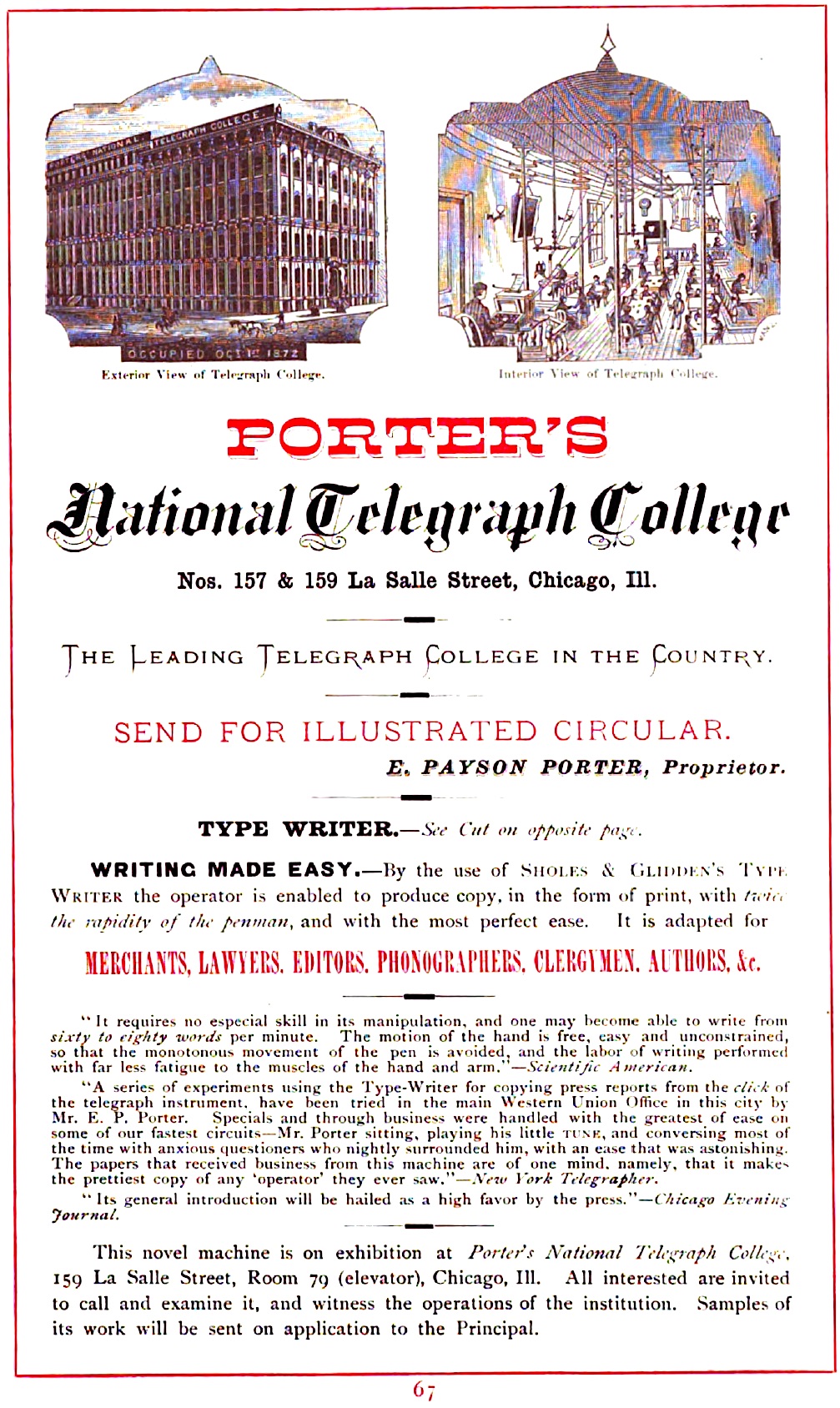 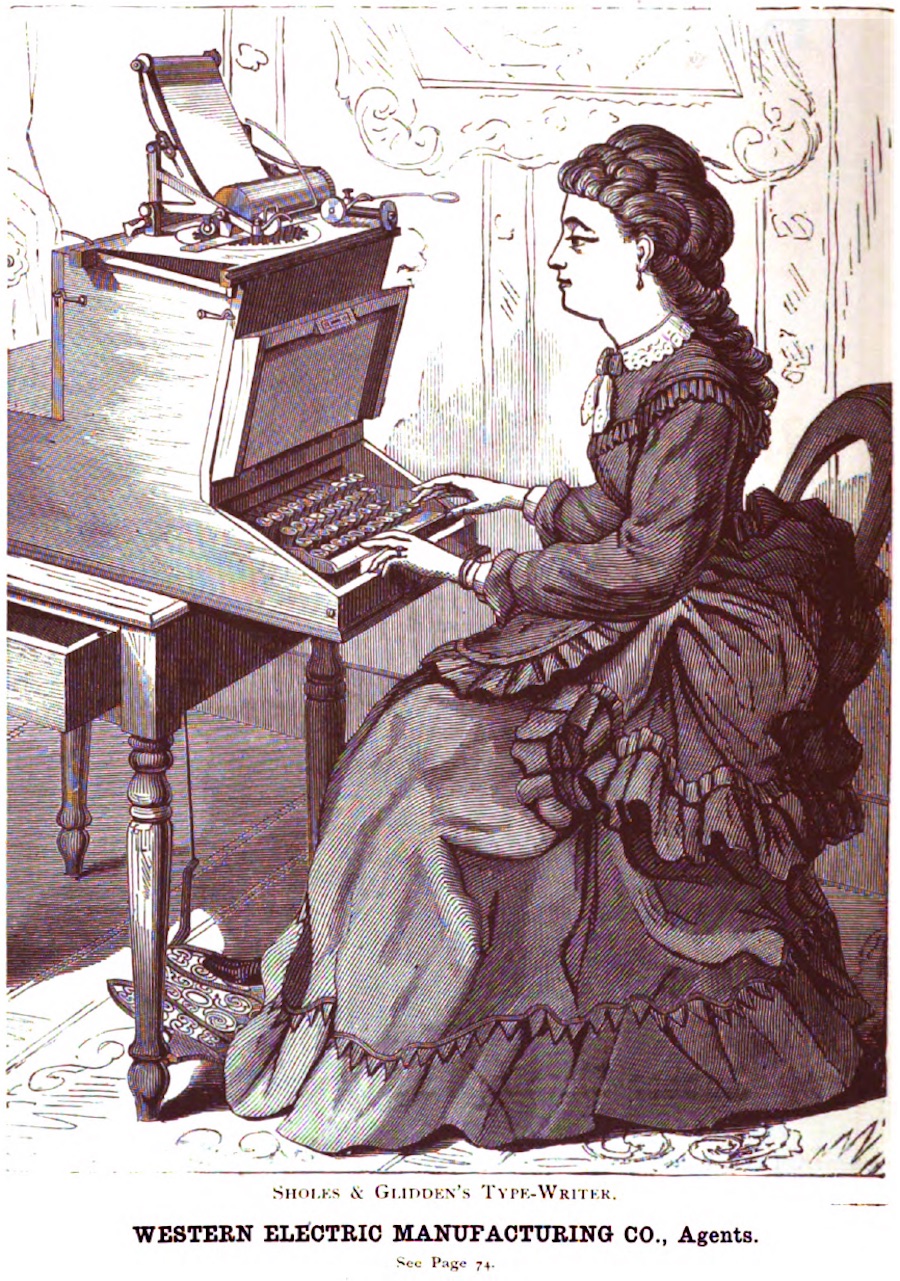 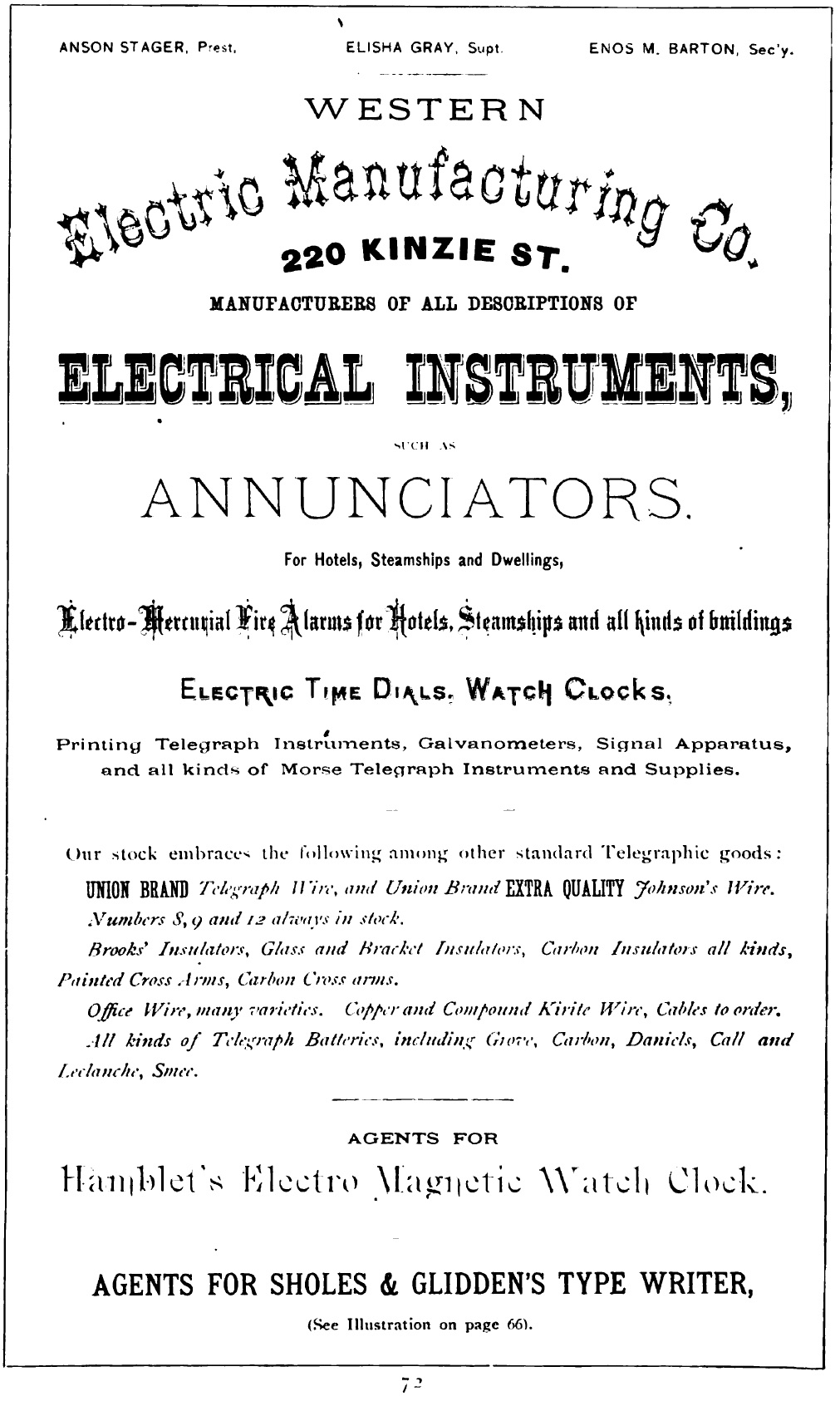