In the tech industry, engineers and programmers are sometimes encouraged to think up “impossible” ideas, as if there are no limits in science, in the expectation of creating something new and wonderful. In the late 19th century, inventors imaged with equal fervor, contemplating typewriters that would correct spelling and grammar, capture the human voice and transcribe language into text, and complete people’s thoughts. Impossible ideas? Perhaps in the 19th century, but what was fanciful then has become quite a reality in the 21st century.

F. P. Cobham was said to have designed a machine that could transcribe voice to text in 1892, though not much is otherwise know about this invention. Later, he was credited with creating a machine that could transcribe musical notes, called the Teletonegraph. Apart from a few reports, not much is otherwise known about his inventions. Whether hoaxes or marvels is uncertain. 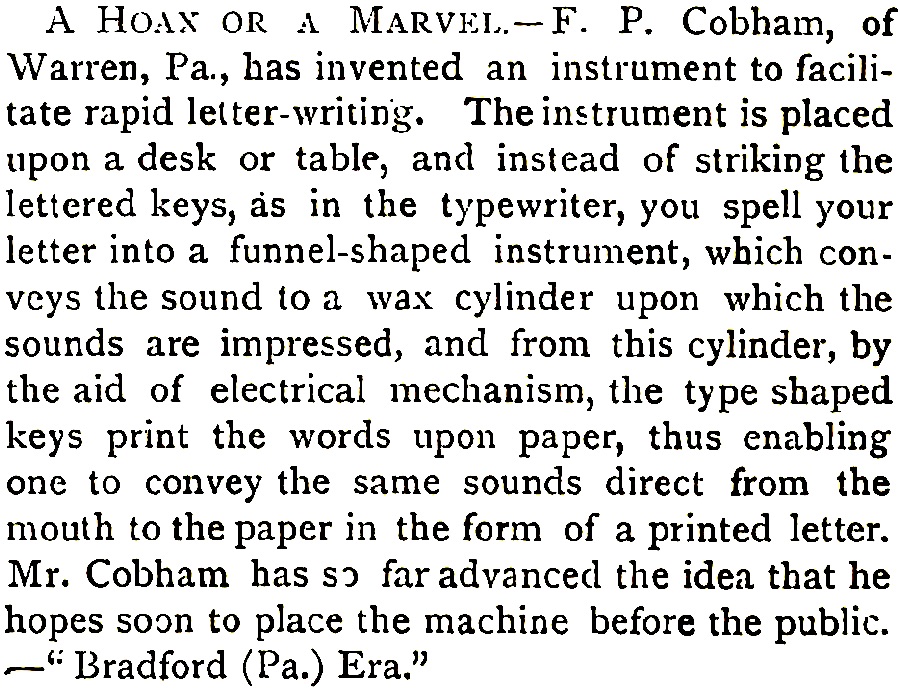 Sounds too good to be true...