To be an old man’s darling 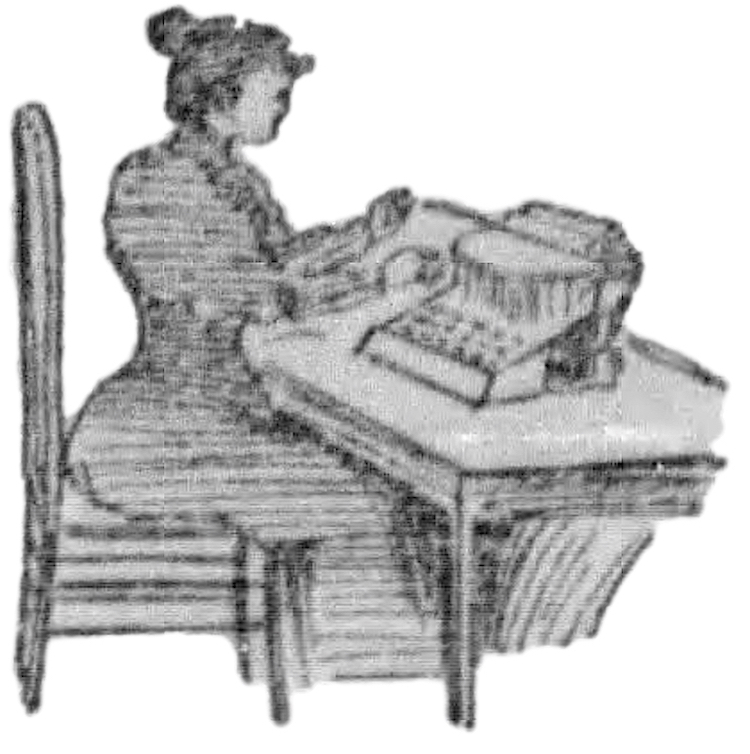 Something of a cliche, but the old man really did marry a typewriter (i.e. a female typist). William Leeman, a 78-year-old widower, had sought the companionship of a younger woman. With an estimated worth of $250,000, he was eligible. Leeman communicated to his friends that he wanted to marry again and his circle of acquaintances grew. “It did not take [his friends] long, with a woman’s wit, to learn that the aged wooer was in search of a rosy-cheeked, golden or auburn-haired charmer to take his name and inherit his fortune, so the old gentleman was soon left in comparative peace to pursue his search for a young and blushing bride.”

Leeman pursued Jessie Brock, a typist in the Stone building in San Jose, California, and only 22 years old. After a period of courtship, she assented his proposal of marriage, though the arrangements were kept private. The circumstances arrangements were leaked and the news created “somewhat of a sensation, owing to the age and standing of the intended groom and the youth of his bride.”

The article presented below was re-published throughout the United States.

An American Caligraph in Paris
A typewriter as detective
1891: Why women should get paid less
Don't forget G loves