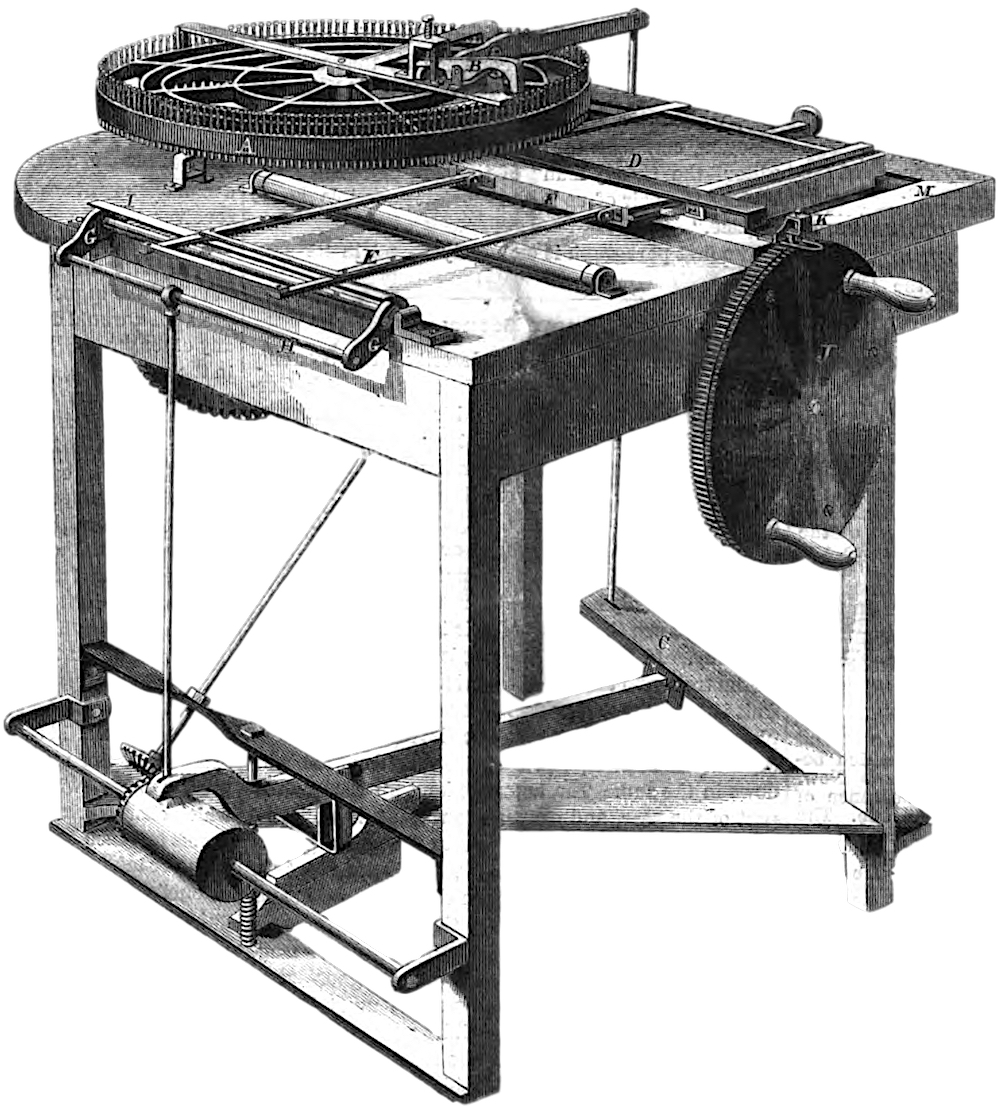 Michael Adler dismisses F.A. De Mey’s machine out of hand, writing, “[He] virtually re-invented Thurber’s Patent Printer, or at least, the De Mey machine was so similar in its essentials that it does not warrant separate description.”1 Indeed Thurber’s 1843 patent printer and De Mey’s 1863 mechanical typographer look (passably) similar, but the latter is actually typesetting device, not an early typewriter.

I must admit that when I located the De Mey in a patent search, I thought it was an early writing machine, though I did not see a similarity to Thurber’s device: 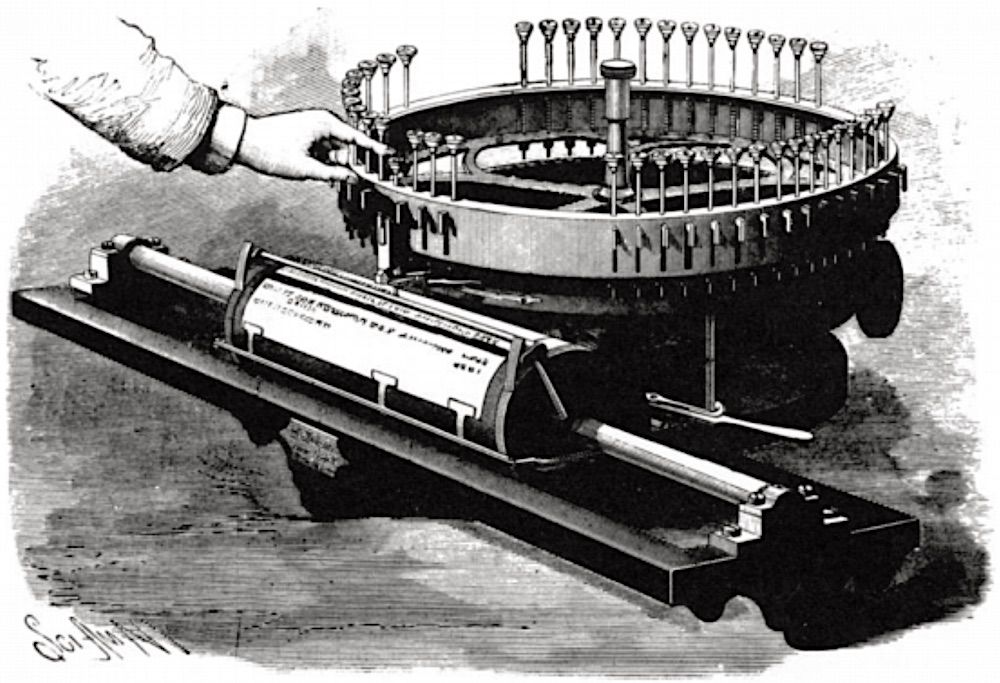 Ultimately, apart from a circular wheel holding the type, the machines are radically different. Scientific American, describing the typographer in 1864, wrote, “This apparatus is intended to make electrotype molds, thus avoiding setting and distributing types, and consequently accelerating the work of the compositor.”

Possibly contributing to the confusion is that nearly every writing machine pre-dating the Sholes & Glidden “Type Writer” was called a typograph, beginning in 1820 with J. Purkis’ Duplex Typograph for the blind (see here). Throughout the 19th century, typograph was the term for mechanical writing machines, despite that, problematically, “typograph” was a loan word from the print industry.

What to call the typewriter was a persistent topic through the late 1800s, a situation that was further aggravated by the fact that in the United States the operator was also called a “typewriter” (England adopted “typist” in the early 1880s). One American critic wrote, “My first thought upon this matter was that ‘typograph’ would be an excellent word to denote the instrument on which ‘typoscript’ is produced; but as soon as my attention was called to the fact that we already have the words ‘typograph,’ ‘typographical,’ etc., with well established meanings, it was apparent that ‘typograph’ would not answer the purpose.” The author suggested graphotype! (See that piece here.)

That De Mey should be caught up in all this is amusing. Unfortunately, I could not find anything about the man, but his name has been memorialized in this quirk of typewriter history.

An intersting paper on Charles Thurber’s machine can be found at JSTOR.2

The "Fay" typewriter
An early typecast about the "first" typewriter.
Wills cigarette card: Pratt's Typewriter
A typewriter of Merritt