A boy and his typewriter 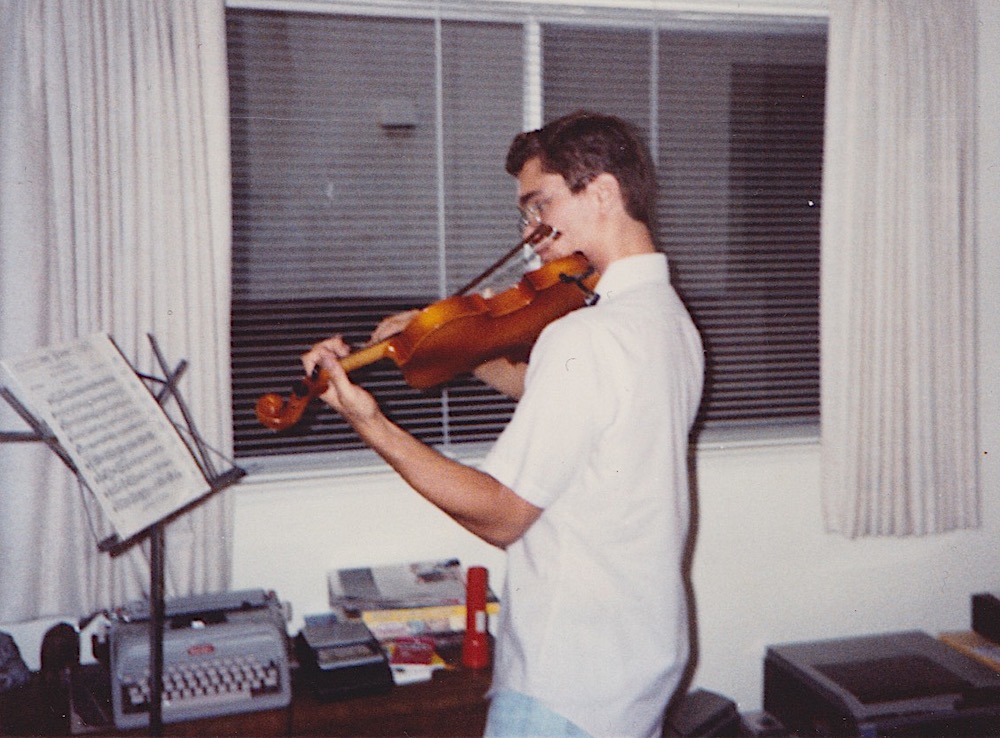 Actually, the typewriter belonged to my father, but in my late teens, I took possession of his Royal Futura 400. I had entered a creative phase and was pounding out verse and short stories. I was not a touch typist, but I managed well enough. After graduating from high school, I took a typing class, but most of my writing from that point was accomplished on a Brother WP-50 or a Macintosh Plus.

As I look closely at the photo, which dates to perhaps 1987 or 1988, I note that I still possess the violin (though I play only occasionally) and the children’s dictionary (barely visible). The Panasonic tape recorder was my father’s, and I used to produce mock radio shows, which I shared with my friends and some of my teachers.

My father purchased that Royal Future 400 in the 1960s, most likely secondhand, and he traveled the globe with it, thinking all businessmen carried typewriters with them. Ultimately, he didn’t use it much. Instead, he typed on office machines or wrote by hand. (“Every office had a typewriter; I don’t know why I carried that everywhere,” he once told me.) Throughout my childhood, it was used only infrequently: to type letters to the editor, to compose a resume, or to complete an essay. I never typed any of my essays on it. Instead, I used it as a sort of a printing press for making copies of finished work.

When my parents moved, the Royal was either donated to the Salvation Army or, else (gasp!), thrown away. None of us recollects what happened to that machine, but we all regret not having it.

The Royal was part of a line: the 400 (which was the basic model), the 600 (which sports a few more features), and the 800 (which is fully featured). The 800 is most common today and likely because Royal sold more of them. I’m guessing salespeople used the 400 to draw people in but encouraged customers to spend a few more bucks the more fully-featured models. I own two or three 400s now but type more regularly on Brother typewriters.

I do possess a few specimens from this machine, including the following poem, which was a sort of apocalyptic verse (e.g. “and on the day after”). It was likely composed in 1987 and is called “The Jubilant Sky”:

The 400 can be seen here in the corner of this photo: 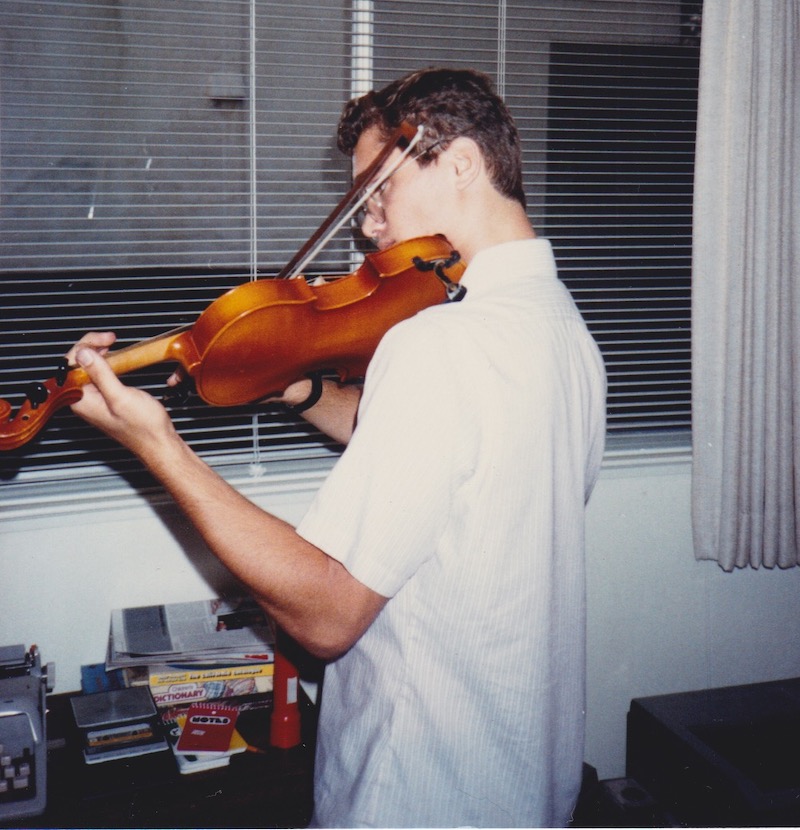 The future is past
I like the Sprite in you
The Czar's typewriter
Four typewriters, one Benjamin

Next post: “A Brief History of the Invention of the Type-Writer”