Despite efforts to organize, stenographers and typists faced a volatile labor market in the late 1800s. One stenographer commented, “Denver from 1879 to 1881 was the stenographer’s paradise. There were only a very few of us here, and we had things all our own way and made a great deal of money, but ere long numbers of them came pouring in from the East and then our paradise was modified.”

Still, wage gains were impressive. According to the report below, one female typist regularly earned $125 per month. That women earned less than men hurt the profession as a whole (and women in particular), but wages managed to edge higher. This was, in part, because stenographer/typists demanded higher pay in place of an eight-hour workday.

The gender divide, however, was wide. Asked who made better typists, a (male) stenographer replied, “Well, a woman of the requisite education and nervous temperament will make a faster type-writer than a man, because her fingers are more nimble, but men always make better stenographers. Stenography requires an inventive turn of mind, as a clever shorthand writer will always make systems of his own, to shorten the characters.”

His obviously biased reply exposed a frank concession: women could join the profession, but female typists would make less than male stenographers. 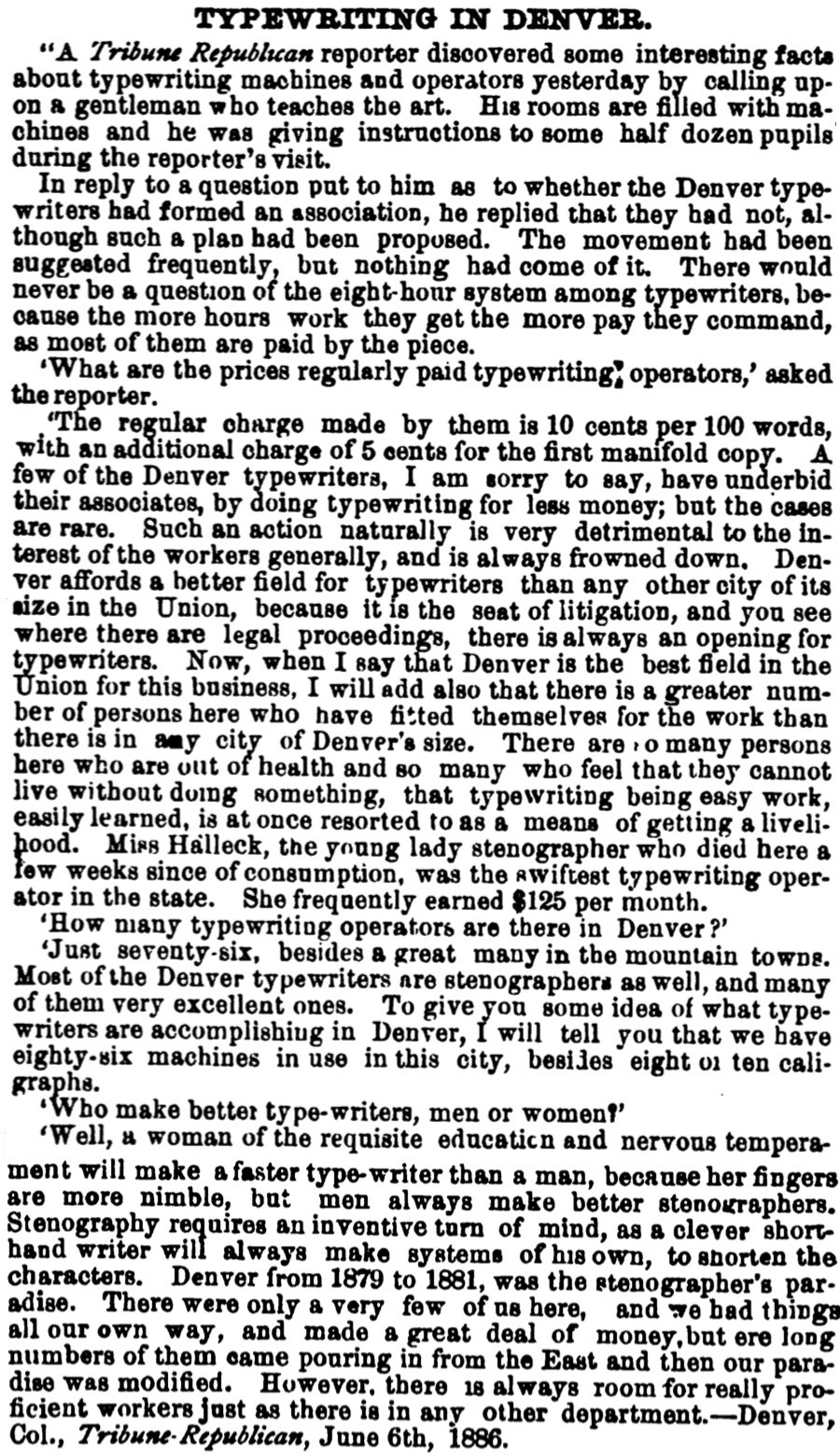 Next post: His fogginess not to be presumed upon