The “dope” on the Remington Portable 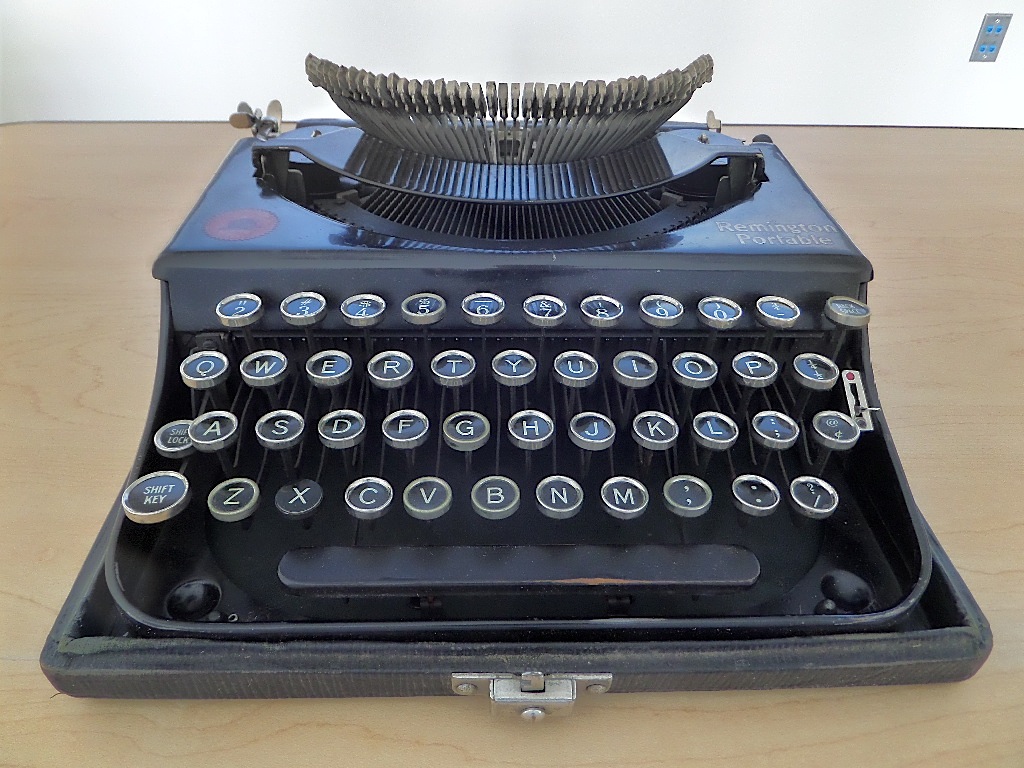 There is also something in the Wall Street dope about a public announcement of discontinuance of selling by the Remington company of a side-line — “a well known make of portable typewriter” — the inference being that this either has been unprofitable or that more money would be made from the sale of an entirely new portable typewriter of Remington make. — Typewriter Topics, November, 1919

Thus the Remington Portable [#1], introduced late in 1920 and wildly successful for years. What this machine replaced is  possibly (?) the Remington Junior (see here), as I can think of no other “portable” before the number 1. (Note: See comments for discussion on this point.)

The typewriter above was manufactured in April 1921, and contains all of the earliest features of this model. (Remington modified this machine so substantially during the five or so years of it manufacture that many variants exist.) Only a week ago I wrote about another number 1 — manufactured in May 1921 — that I had lately added to my collection. Now I have one other. A comparison of the two yields a number of differences:

I must confess that I am quite taken by the Remington Portable. It has a solid, industrial feel that bespeaks utility. Yet it is ascetically pleasing. That many variants exist enhances the appeal of this typewriter. If you like nuance, this is your machine.

Here is a typing demonstration (yes, the latest addition to my collection is in very good condition):

Here is an advertisement about the Remington Portable that I found amusing: