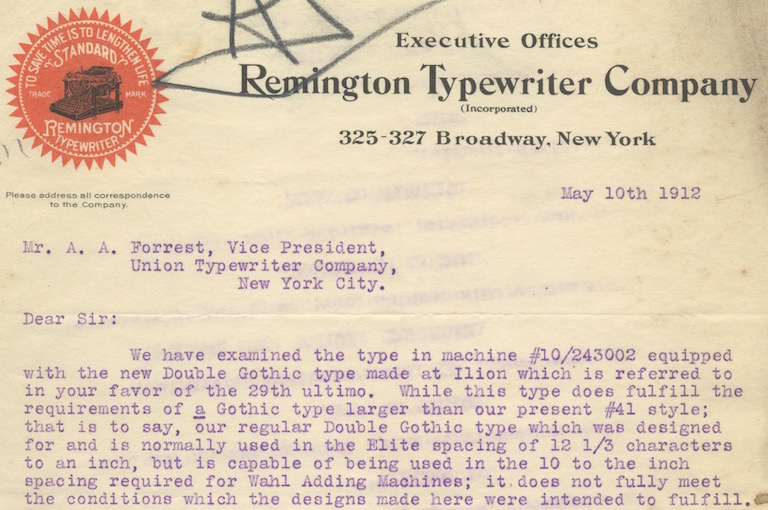 Many letters in the late 19th and early 20th century were typed in purple ink. (To read about this letter, see here.)

A lot is said about the printed word’s enduring quality. John Mayer made this observation in the documentary California Typewriter, noting that all of his lyrics existed in digital form, which prompted him to invest in an electric typewriter so that his drafts might be admired in physical form. (It is remarkable to see an artist’s handwritten or typewritten work.)

That the digital word is so insubstantial, so ephemeral is debatable — our digital footprint is quite immutable (yes, as long as someone remembers to pay the power bill) — but the printed word has stood the test of time.

In the late 1800s, however, people were concerned that typewritten material lacked permanence, particularly purple ink, which was a favored color. At issue was quick-drying aniline ink that was also (apparently) quick-fading. Journals and publications recommended using non-analine black ink.

The matter was resolved over time (inks became more substantial) but black, at some point, became the dominant color. And so we type mainly… in black. 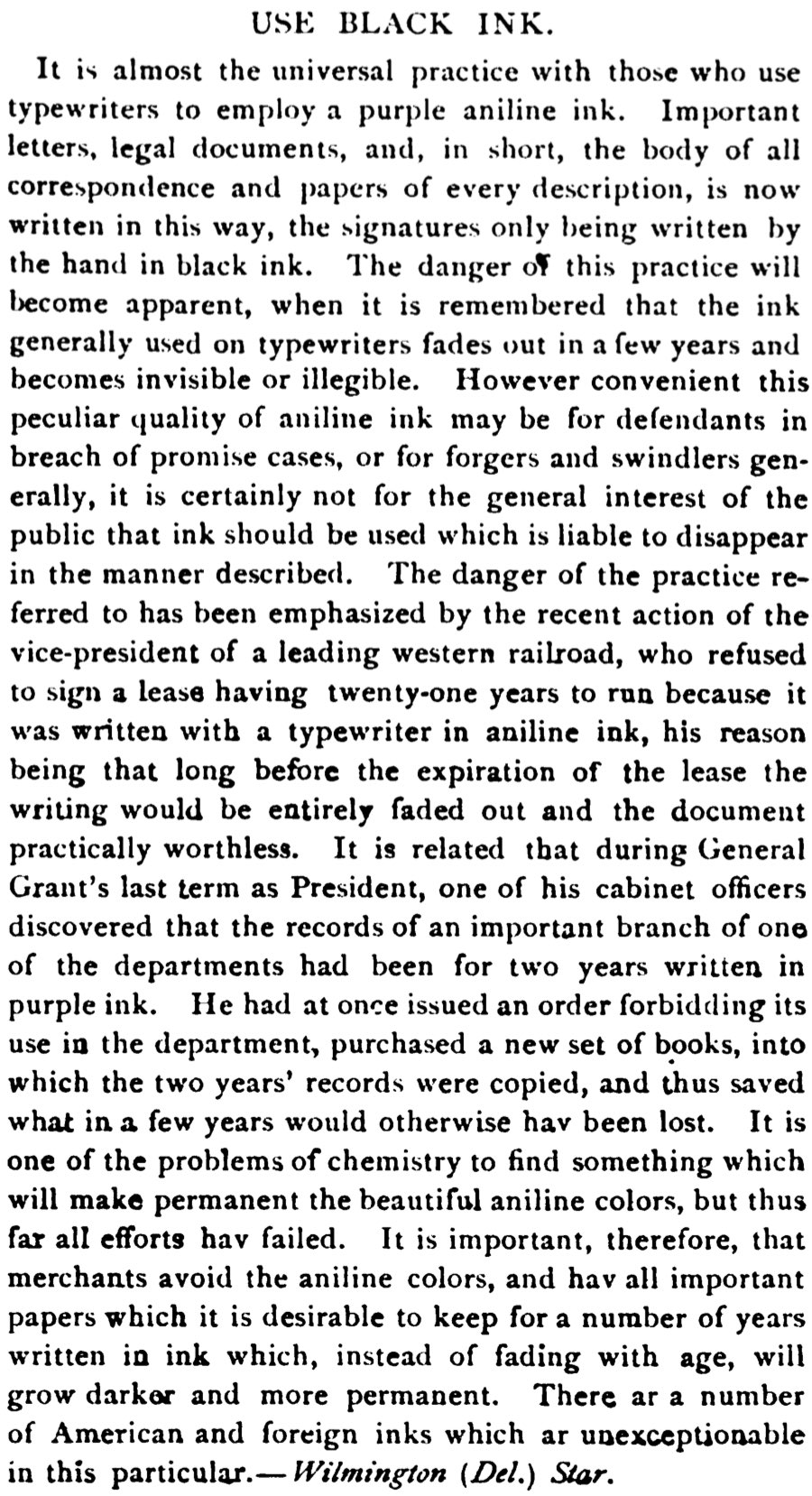 This information was published and republished, including in this 1887 piece:

Ephemera: The Business Machines and Equipment Digest, 1927
Typewriter ads from the North American Review (July, 1892)
Charles Lincoln, I have your Simplex typewriter