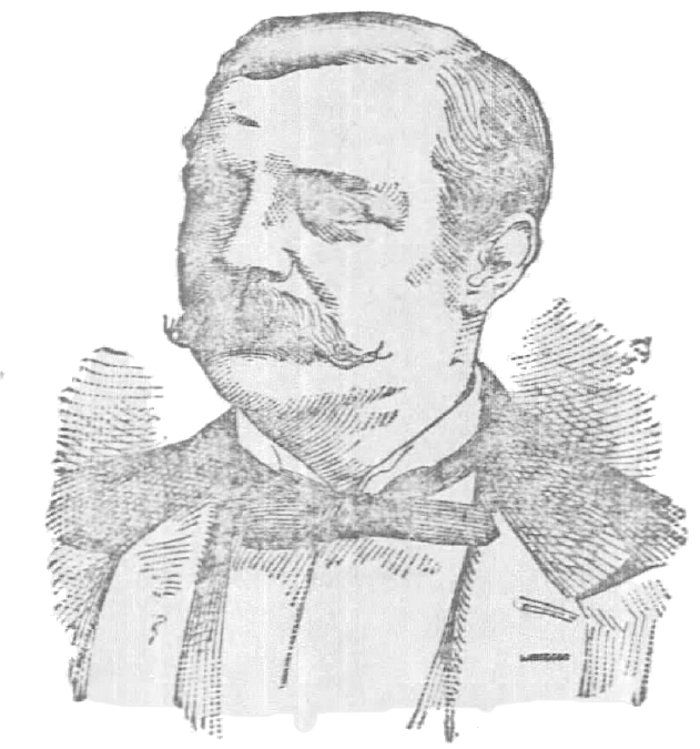 Note: What we don’t see is often the problem, as illustrated in this CBS radio report highlighting the struggles of the blind to navigate public places. See Bad braille plagues buildings across U.S.

The development of the typewriter is intertwined with the history of writing aids for the blind. Though Braille machines would emerge shortly afterwards, they did not displace the typewriter, which remained an essential tool for both the blind and the sighted.

An early 1900s account describes how a veteran journalist, who had gone blind late in life, employed the typewriter to sustain his career. “Q-W-E-R-T-Y-U-I-O-P,” explained Marvin R. Clark, “that’s like poetry.”

Clark was admired as a journalist, and a committee had been established to raise funds for his support. “While in the prime of his life he sustained the injuries to his eyes, which resulted in total blindness, from defending a woman and child from a brutal assault,” wrote one newspaper. “Persisting in continuing his work, he was prostrated by a nervous disease and lost the use of his limbs.”1

Clark overcame his injury and continued to write with the aid of a typewriter.

Wrote Eliza Arshard Conner, “He writes upon long strips of paper like a roll of webbing. This is so that he may not be troubled about getting the sheets of paper straight and in order. His copy is astonishingly neat and clear, needing fewer corrections and revisions than that of many writers who see every word they write. His success with the writing machine is wonderful.”

Rev. W.G. Todd's modified Edison for the blind
The Fox Typewriter (1902)
Giving sight to blind typers
Married by a typewriter