“Yes, I am the author of QWERTYUIOP, the most widely read line written by a woman.” 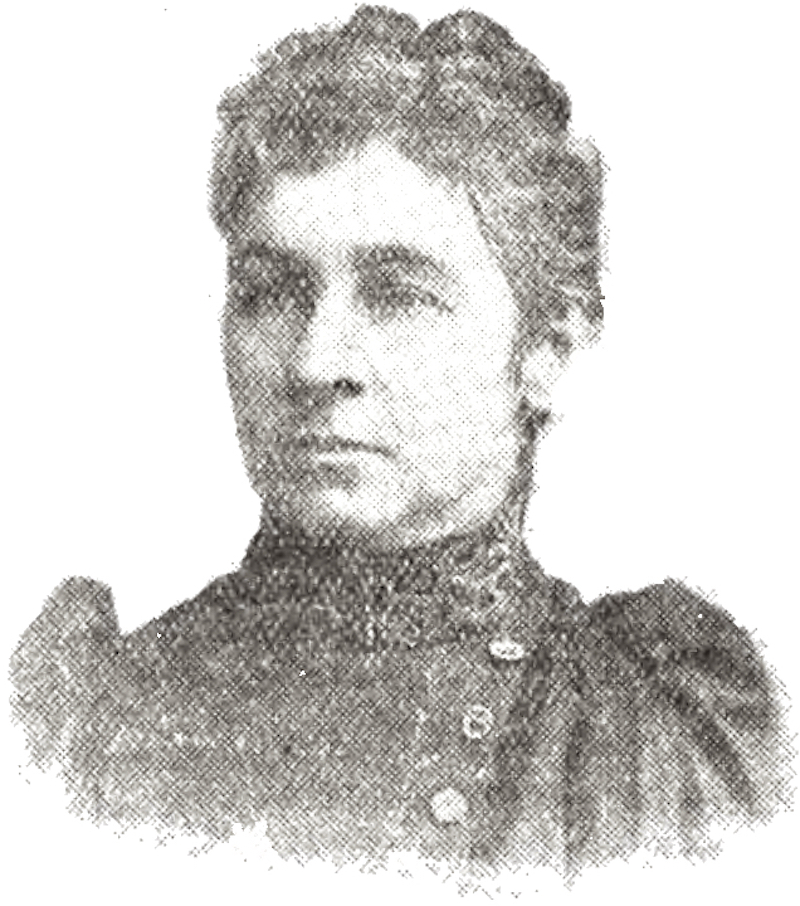 This is the arrangement of the original Sholes & Glidden Type Writer, which was submitted to E. Remington and Sons for manufacture in 1873:

This is not the familiar arrangement known today as QWERTY. According to press accounts in 1905, the person who suggested the final arrangement was Mrs. M.A. Saunders, an early pioneer in typing. (Unfortunately, press accounts do not spell out her initials. Her father was Dr. Edward R. Percy.)

In 1905, the Remington Typewriter Company presented Saunders with a gold watch, inscribed with the following: “1875-1905. To the pioneer typewriter operator. From the pioneer manufacturer.” In press accounts, she was heralded imprecisely as the first “typewriter,” i.e. typist, but she was certainly among the first typists and her contributions were significant.

Saunders found the arrangement of the original keyboard unnecessarily awkward and suggested the movement of a few keys. Interestingly, she deemed the arrangement in general to be satisfactory. As a pianist and organ player, she did not apparently subscribe to the idea that some fingers are weaker than others. (Pianists, interestingly, were often sought as typists in the very early days before typewriting schools were established.)

She was, however, critical of the design of the Sholes & Glidden Type Writer:

“It was an awful old trap. The connections between the keys and the type bars were wires and they were everlastingly breaking. And the types were just driven into peg holes with a lick of a hammer and they had a way of flying out. Often when you had written a page you found the machine had skipped every ‘i’ or ‘e.’ Then you’d have to fish around in it and find the missing type. We had to give a guarantee with every machine that it would last six months, and they were always coming back on us. They used to send me with nearly every machine to get it working right.”1

Saunders was a remarkable pioneer, achieving a number of distinctions:

In a flurry of press accounts and reprints, she was recognized for these accomplishments 25 years after beginning her career.

The following is an account from The Christian Advocate, January 26, 1905:

In January, 1875, when she was a young widow [with a baby] seeking to earn her living as a church organist, she read an advertisement for “a woman to take an easy and remunerative position, musician preferred.” Out of three hundred applicants, she was accepted. She told the story to a reporter of the New York Sun:

They showed me the machine.

“What’s that?” I asked. ‘It looks like a sewing machine.”

“I’ll show you,” said the clerk. He put a piece of paper in the thing and began to tap with his forefingers. After a while, he pulled out the paper. It was a note to me, all printed out.

I was fascinated. He showed me how to put in the paper, and how to start a new line by pressing a pedal with my foot — that was how the old thing worked — and then I sat down and began to write.

It was a fateful moment, yet Mrs. Saunders cannot remember just what were the first words she wrote.

“Some nonsense,” she said. “Anyway, the first thing I knew, they had come around to close up the place. I had been at it for hours.”

Being an expert pianist, Mrs. Saunders reached in two weeks the phenomenal speed of seventy words a minute, and there was joy in the heart of G. W. N. Yost, the inventor and promoter of the machine.2

From that time on she used to demonstrate it.

There came the time when the original lot of ten thousand typewriters was exhausted.3 Then Mrs. Saunders, who was in New York for her vacation, had her say. The keys were awkwardly arranged, she thought, and she sketched out a better keyboard. With the change of one or two letters that is the universal keyboard of today.

“Yes, I’m the author of ‘Qwertyuiop,'” said Mrs. Saunders, “the most widely read line ever written by a woman!” Later, she suggested the ‘double case’ machine with shift key, the old machine having printed only capitals.

“I honestly don’t remember the arrangement of the keys on the original machine, and I haven’t seen one of them for many years. If I should stumble on one I believe I’d hug it, pedal, frail old wires, loose type, and all.”

“I was traveling for three years, and by the end of that time they were selling everywhere. The company really didn’t need me anymore. I’d worked out the principles of fast operating from my knowledge of the piano, and had written the first book of instruction. And I suppose that I was then the fastest operator in the world. Good operators were in demand at high prices, and I got a place with an insurance company in New York. They wanted me to learn stenography, but I found that I was fast enough to take dictation on the machine direct. I think I was the first operator to do that.”

So for many years Mrs. Saunders worked as stenographer and head bookkeeper with this firm, until, In 1890, Yost planned a typewriter invasion of England. He had left the original firm and had a machine of his own on the market. The British weren’t taking to the new invention. Mrs. Saunders was retained to go abroad and introduce it there. This she did by starting a free school of typewriting, where she taught their trade to the first British ‘typists.’

After two years England had accepted the new invention, though with reservations.

The following article contains some additional biographical information about Suanders, though omitting that she suggested the QWERTY arrangement. From The New York Times, January 18, 1905 –

Indexed at Women and the Typewriter.

Previous post: The American Typewriter: Perfect for boys and girls