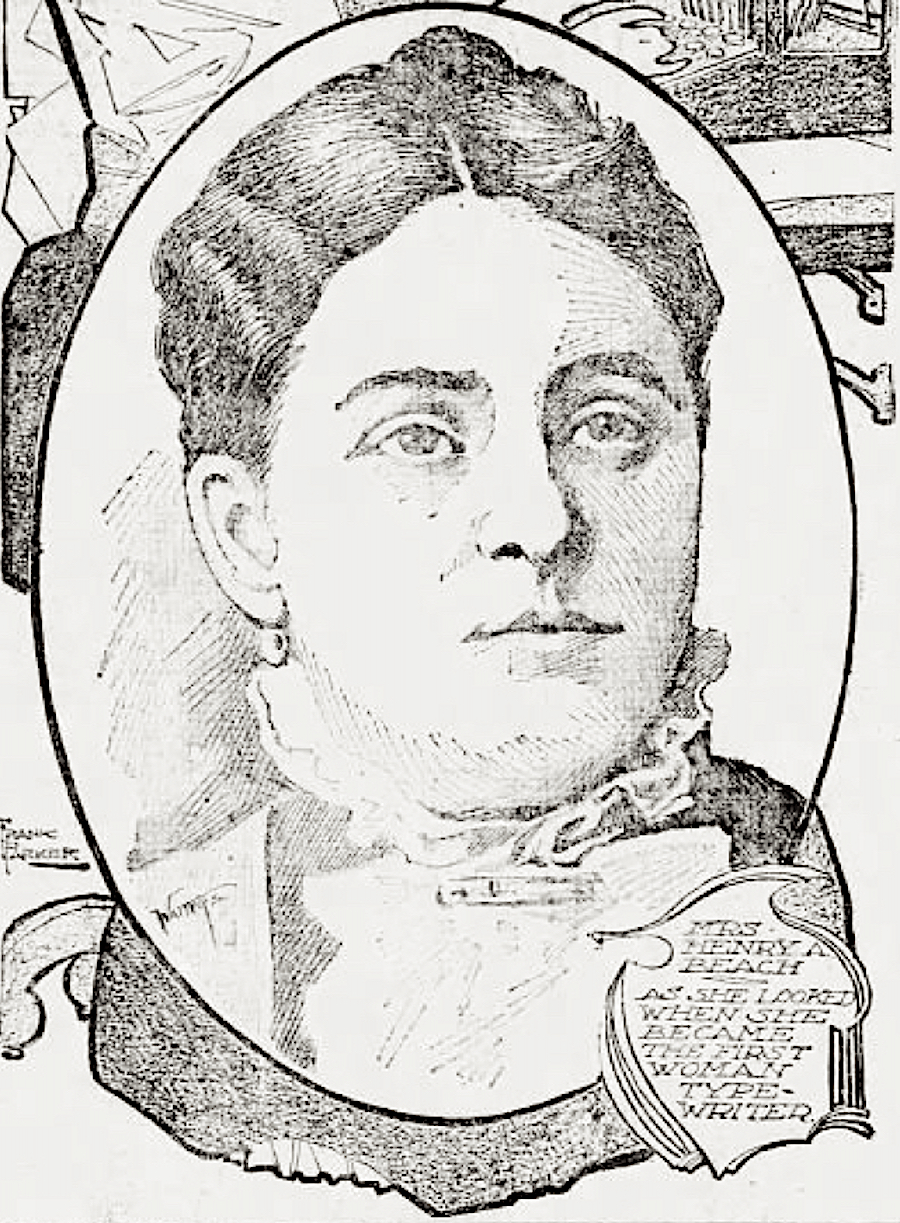 Mrs. Beach was heralded as the “first typewriter girl,” though many women had been engaged in typewriting professionally. Beach began her career in the days of the first Type Writer, the Sholes & Glidden machine. Image from St. Louis Post-Dispatch, May 6, 1900.

For a time, newspapers were obsessed with identifying the “first typewriter girl,” a class of women who were changing the face of the workforce. As with other accounts from the early 1900s, the important information is buried deep within, the stories generally beginning with descriptions of the subject’s appearance: “the first typewriter girl was good to look upon.”

An account of Mrs. Henry A. Beach (newspapers failed to mention her first name) contains important information about the origins of typing as a profession, describing how women were employed, how they worked, and how they maintained their own machines (alignment was a constant problem).

The following account, reprinted in newspapers across America, was published in 1900 and assigned Beach the honor of “first typewriter girl,” i.e., one who worked as a professional typist. Research, however, shows that several women deserve this honor, all having become typists around the same time, just after the introduction of the Sholes & Glidden Type Writer in 1874. Some others are mentioned in this blog post.

Beach’s role (and her husband’s — he also was a typist) is not diminished. She was indeed one of the first professional typists. 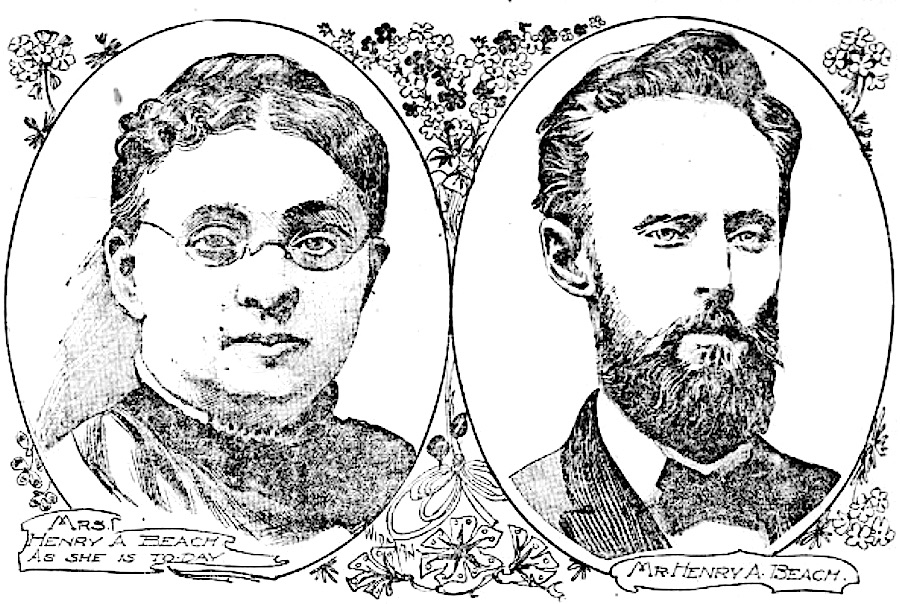