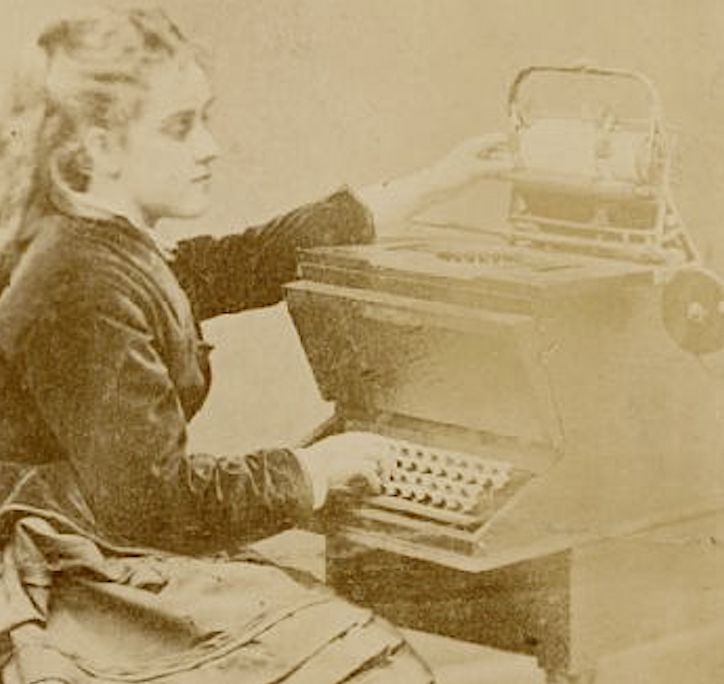 Lillian Sholes operating one of the original “type writers,” a Sholes & Glidden machine. The photo dates to around 1872. The Type Writer, as it was then known, was introduced to market in 1874.

“My sister objects to being spoken of as a typewriter operator,” explained Louis Sholes, “and as a matter of truth, she never became a regular operator of the machine, although she may be considered to have been the first girl who ever operated a genuine typewriter.”

As regards the first professional typists — male and female — that distinction is said to be held by James O. Olephine (male) and M.A. Saunders (female — she is always to be listed as “M.A.”). Both employed the typewriter professionally from the earliest days of the invention.

The article below includes many fascinating details about these pioneers of the typewriter.