What made it unique 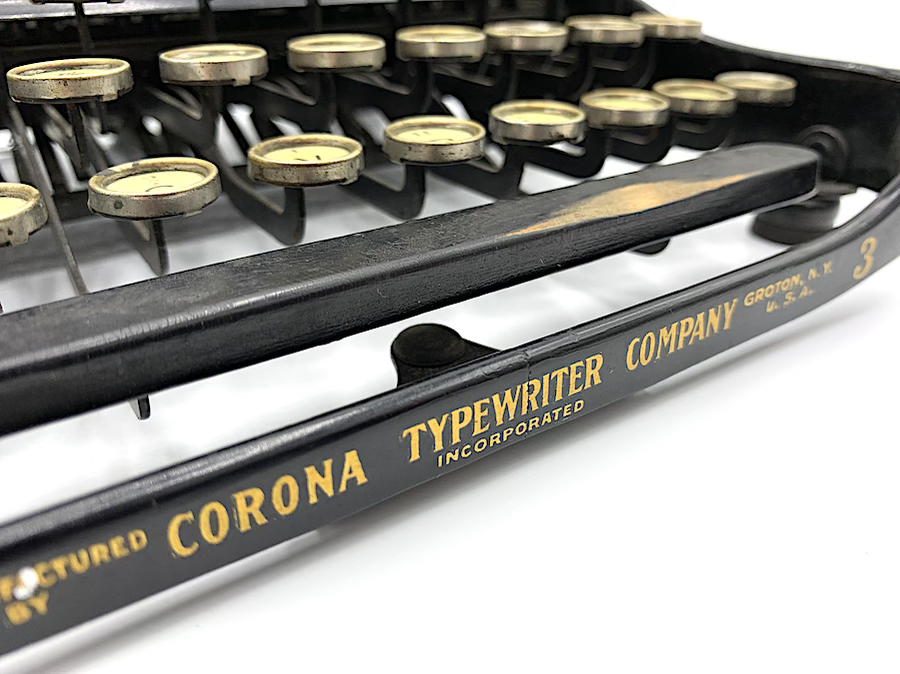 Normally, a labeling variation is unimportant, but occasionally some unique lettering or emblem increases the collectibility of a machine. In my last post, I asked what made this particular Corona 3 (pictured above) unique, and Richard Polt nailed it: the word “Incorporated” is printed just below the company name. Later, “Inc.” would be printed after the name.

Significant? Not entirely, but this variant marks the precise moment a small, hopeful enterprise became the dominant manufacturer of portable typewriters. The Corona 3 was a massively successful machine for nearly three decades.

The more common label, with “Inc.” just after company name.

(ETCetera offers an interesting article on the early versions of the Corona 3 here.)

In 1886, Remington (which was briefly organized as the “Standard typewriter manufacturing company”) complained publically about the appropriation of the term: 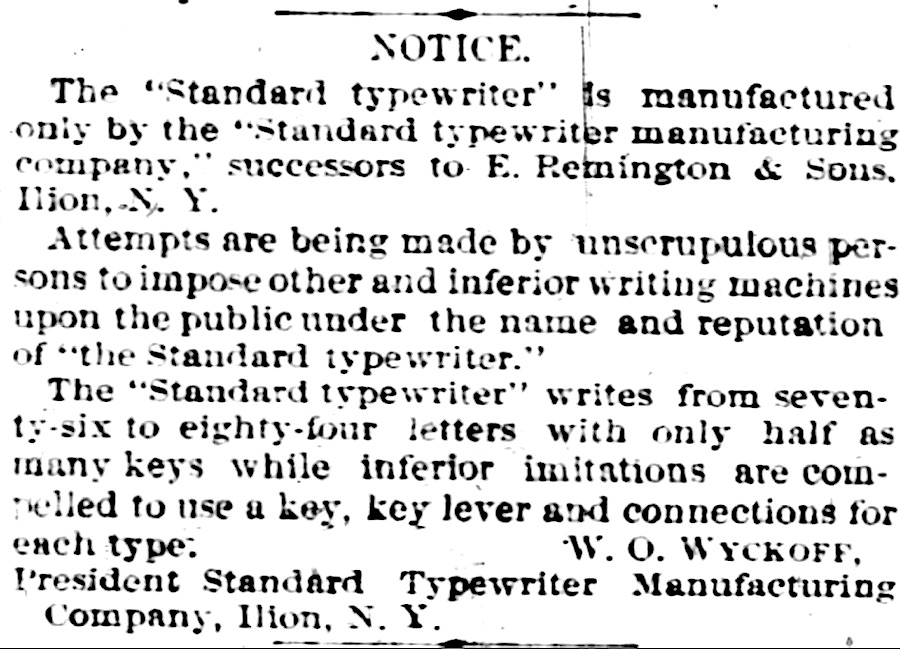 So “Standard Typewriter Company” was confusing, and especially in foreign markets where consumers wondered which company was Standard.

The future Corona was also locked in a legal dispute with its prior sales agent, the Standard Folding Typewriter Sales Company. In that dispute, Standard sued the Sales Company for patent infringement in 1910, the parties litigating through 1913. When Standard adopted Corona as its name in 1914, it further distanced itself from the Sales Company, which despite prevailing did not emerge whole. Corona grew to become the dominant manufacturer of portable typewriters in the 1910s, and the Sales Company became a footnote.

The labeling variation, which appeared only briefly, is not materially significant, but it does represent a vital time in Corona’s history. I’m glad to have this machine in my collection.