A battle of the presses 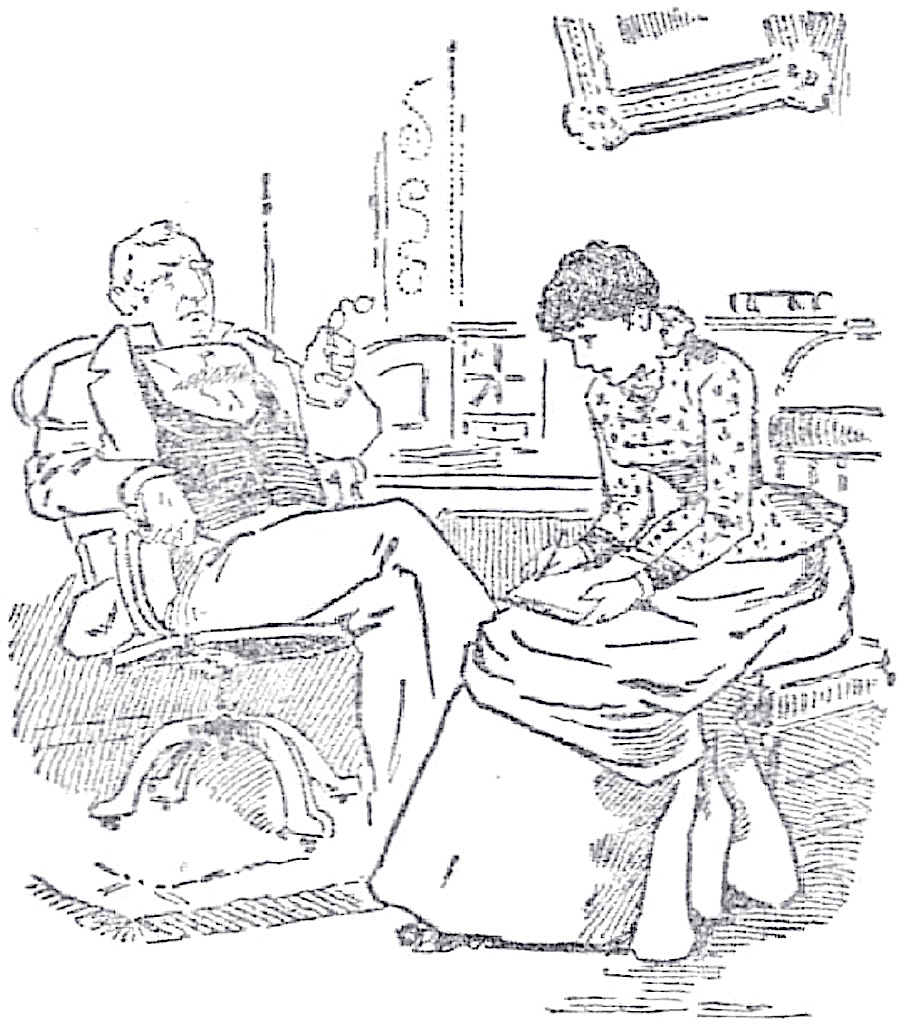 What an image says: Observe the body language in this illustratrion in the Chicago Tribune in 1886. The man, leaning back, dictating, the woman, leaning down, copying.

In the late 19th century, men and women swarmed the ranks of stenography, but on unequal terms. Generally, women were paid less and treated with less dignity. So while the typewriter opened the door of employment for many women, the door opened only so far. Social and economic parity was yet unrealized.

Stenography associations championed equal pay, but mainly to protect men’s income (women were viewed as a source of inexpensive labor). As female representation in those organizations rose, the inherent rights of women came to the fore: equal pay for equal work; equality for the sake of equality.

(I have been chronicling this development on my “Index of Women and the Typewriter” page here.)

Trade journals and periodicals mirrored the views of its readers, some advancing progressive ideas, others championing the established order. An exchange between the Cosmopolitan Shorthander and the Chicago Tribue in the mid-1880s reflected this tension. The editors of The Shorthander were offended by the Tribune’s characterization of female stenographer/typists as dainty objects, calling the portrayal a libelous slander.

It began with a piece in the Tribune entitled “Our Fair Typewriters.”

“Only young women of intelligence adapted for work — good looks also a recommendation,” read the headline.

“A good education is necessary, and good looks and amiability are also necessary in order to obtain or retain a good position,” wrote the Tribune. “Why? Well, I hardly know. I merely state the fact. I suppose it’s human nature for people to like pretty faces near them. A pretty girl typewriter is a spot of everlastingly bright sunshine in a dreary office.”

“We all know that the avenues of honorable, profitable and congenial employment for women are limited enough,” wrote the Shorthander. “Most of us know that typewriting and shorthand has opened a rich field of labor for refined and educated women, and that workers in this field must be educated and are chiefly refined and honorable. The flippant allusions to ‘pretty typewriter girls,’ ‘our fair typewriters,’ et cetera, convey the impression that good looks and not good work is the one essential to successful competition in this business. The suggestion that follows this reference not only casts a slur on thousands of respectable and brainy women who earn their living by typewriting and shorthand (the two go hand in hand), but naturally restrain a careful mother from permitting her daughter to enter so peculiar a profession.”

The articles below are lengthy but worthwhile reads on gender roles in the 19th-century workplace.

Note: The article ends here, which seems incomplete, but this is how it ends.

100,000 typewriters
How far would you go to save your typewriter?
Is typewriting respectable?
Dissipating the halo of romance (1899)

Previous post: Story of the first typewriter in the South Seas