Once there were Type-Writers and Caligraphs 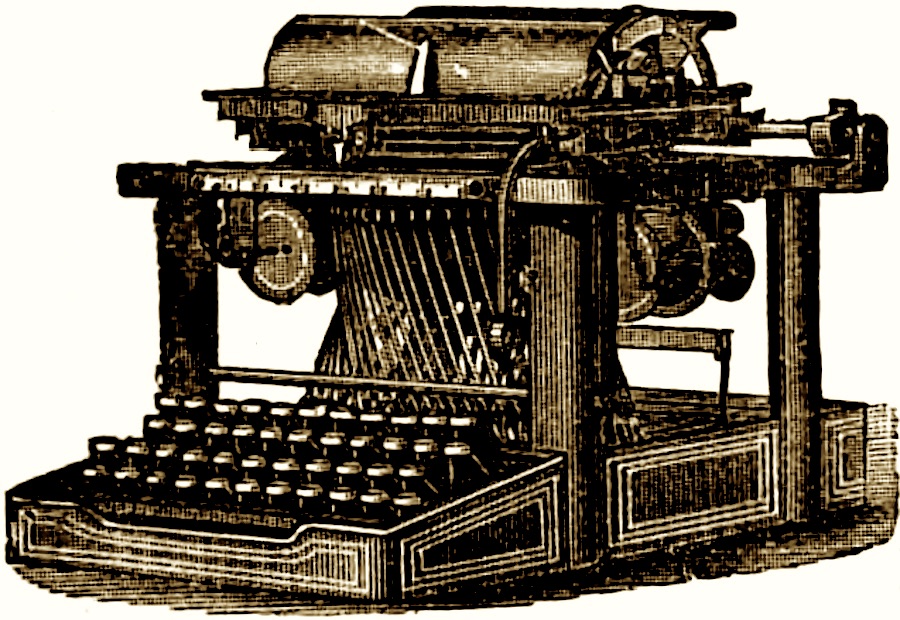 When the Remington Standard No. 2 was introduced in 1878, it became the commercial success that the Sholes & Glidden, introduced in 1874,1 promised to be. The No. 2 was the first commercial typewriter to feature case-shifting (upper and lower case typing), and it proved popular among stenographers. But there was also the Caligraph, introduced in 1880, which featured a double-keyboard (sometimes called a “duplex” keyboard).

For a time, trade journals and periodicals alternated between “type-writer” and “caligraph” as common nouns for mechanical writing machines.

What to call these machines, however, was not the principal issue. Instead, people debated whether the typewriter was worth employing at all. Wrote the Student’s Journal in 1883 (with its curious use of hyphens): “The Type-writer, as our friends know, was-not a favorite with-us, and-that we expressed our-own decided preference for good longhand writing, especially for correspondence, as much-more impressive than-the comparatively poor printing done by-the typewriters. But-the type-writer, we-must-say, as-a matter of fact is fast coming into use among business men, and-that their demands for shorthand writers are very frequently accompanied with-the condition that the applicant should-be experience in-the-use of the type-writer.”

The Journal also considered the Hall typewriter, which was advertised heavily in stenography magazines, but that machine was not positively by typists.

1894: Typewriter count
The Caligraph vs. the Type-Writer
Tilton's typewriter (1884)
Remington is still the standard (1892)