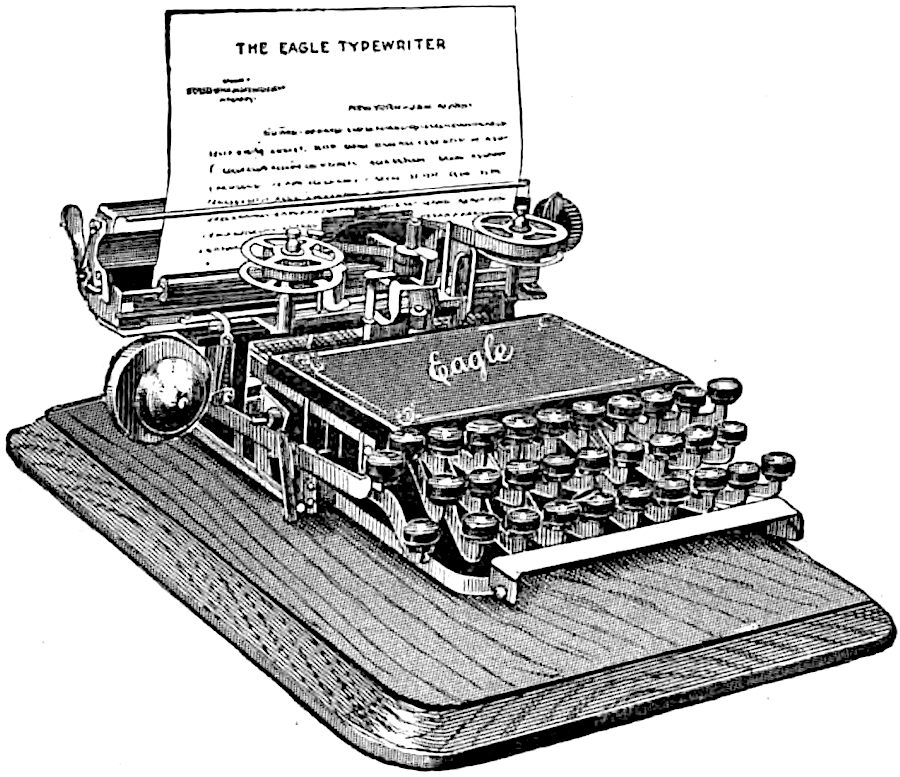 The Eagle typewriter was introduced in 1902 and offered at the remarkable price of $25. Though it was a visible typewriter — and portable — it quickly vanished from the market, reemerging only years later as the Sterling, which itself was only modestly successful.

Robert Messenger chronicles the Sterling here, writing, “[It] was launched on the market in November 1910. For inventor Charles John Paulson, it was, like this post, a second attempt to get it right. In 1901 Paulson had designed almost exactly the same typewriter for cigar dealer Albert John Nothacker (born Shiloh, Ohio, 1861; died Manhattan, June 9, 1931) of the Eagle Typewriter Company on 621 Broadway, New York.”

Portable and visible, the Eagle should have appealed to stenographers and writers, but beyond a few mentions in the press, it was relatively unknown. That obscurity may have contributed to its demise.

At least a few machines were manufactured, as attested by advertisements for second-hand machines:

Geo. Carl Mares, in the History Of The Typewriter, wrote that the Eagle was “a very neat and entirely workable little machine.” He added that “[t]he property in the machine passed to an American company, a representative of which was in London in the early part of the 1900’s, endeavoring to interest the English market.”

According to Mares, the Eagle was also sold as the Defi and Secretary. Defi labeled machines have been located (see here and here), but no Secretary’s. Researcher Anthony Casillo dates the Defi to 1908.1

It should be observed that a number of companies bore the name Defi and Eagle, including several for typewriter supplies.

Another Sterling?
Some machine bearing the name Sterling was also sold in 1901. At $7.80 it was probably some type of index or toy typewriter. 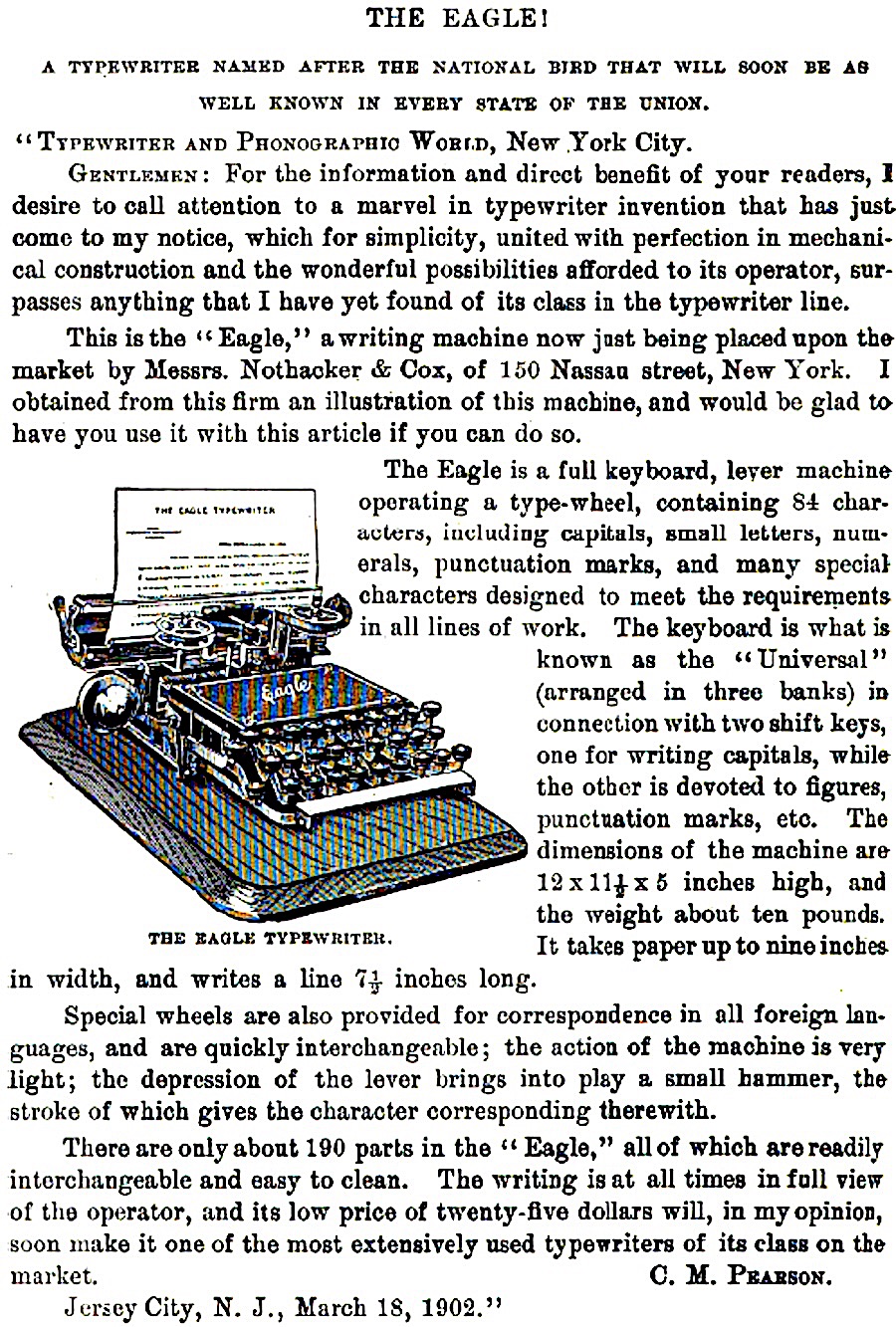 Advertisement from the same publication: 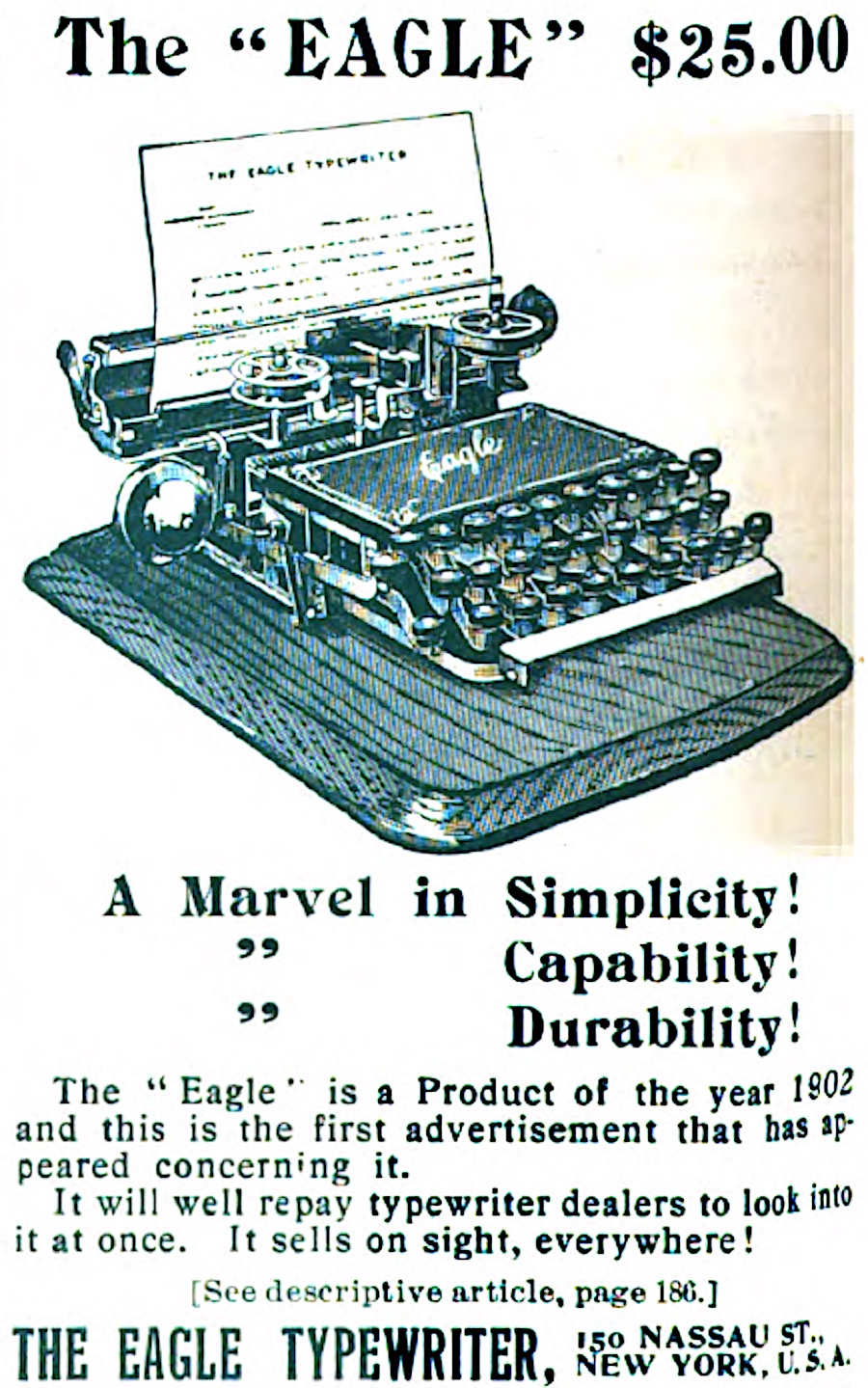 The first advertisement for this machine… and the last? No others have been located.