The Era Typewriter (aka Bennington & Xcel) 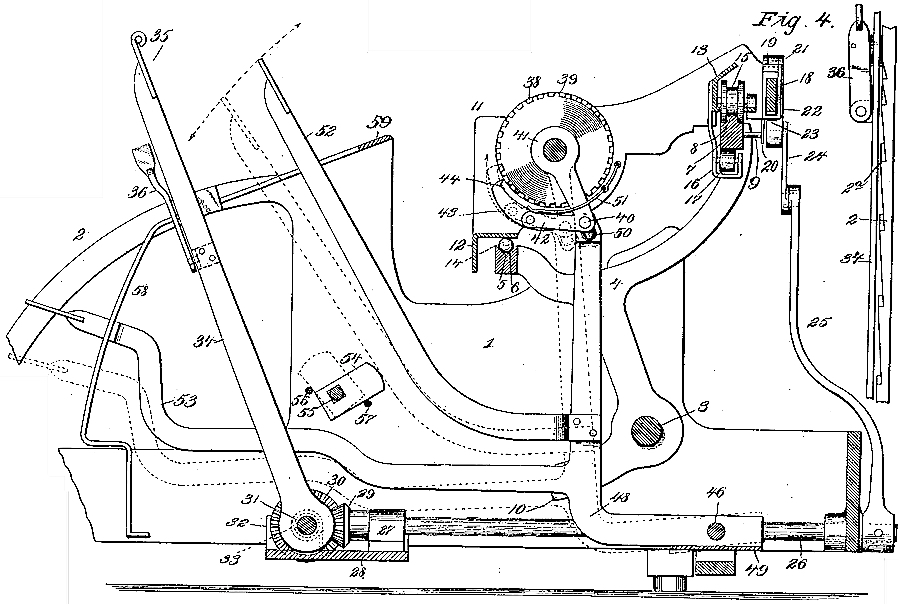 The Era typed letters and entire words such as “the,” “and,” and “but” — but whether presets for common, two- and three-letter words was ever necessary is doubtful. Nonetheless, the idea attracted much attention.

Wesley H. Bennington filed a patent for his machine in 1901 (U.S. 762,272), but the application does not mention typing whole words. Eventually, working models would be named Bennington and Xcel (as seen at TypewriterDatabase.com). The Bennington never successfully launched, and advertisements emphasize stock offerings, not the actual machine.

The evolution of this typewriter — from Era to Bennington to Xcel — was chronicled in a variety of press reports:

The New Era Typewriter Company, however, seemed not to have any place to manufacture its machine, and it was actively searching for a home.

Ultimately, the Bennington found a home in Kansas and stock was offered. 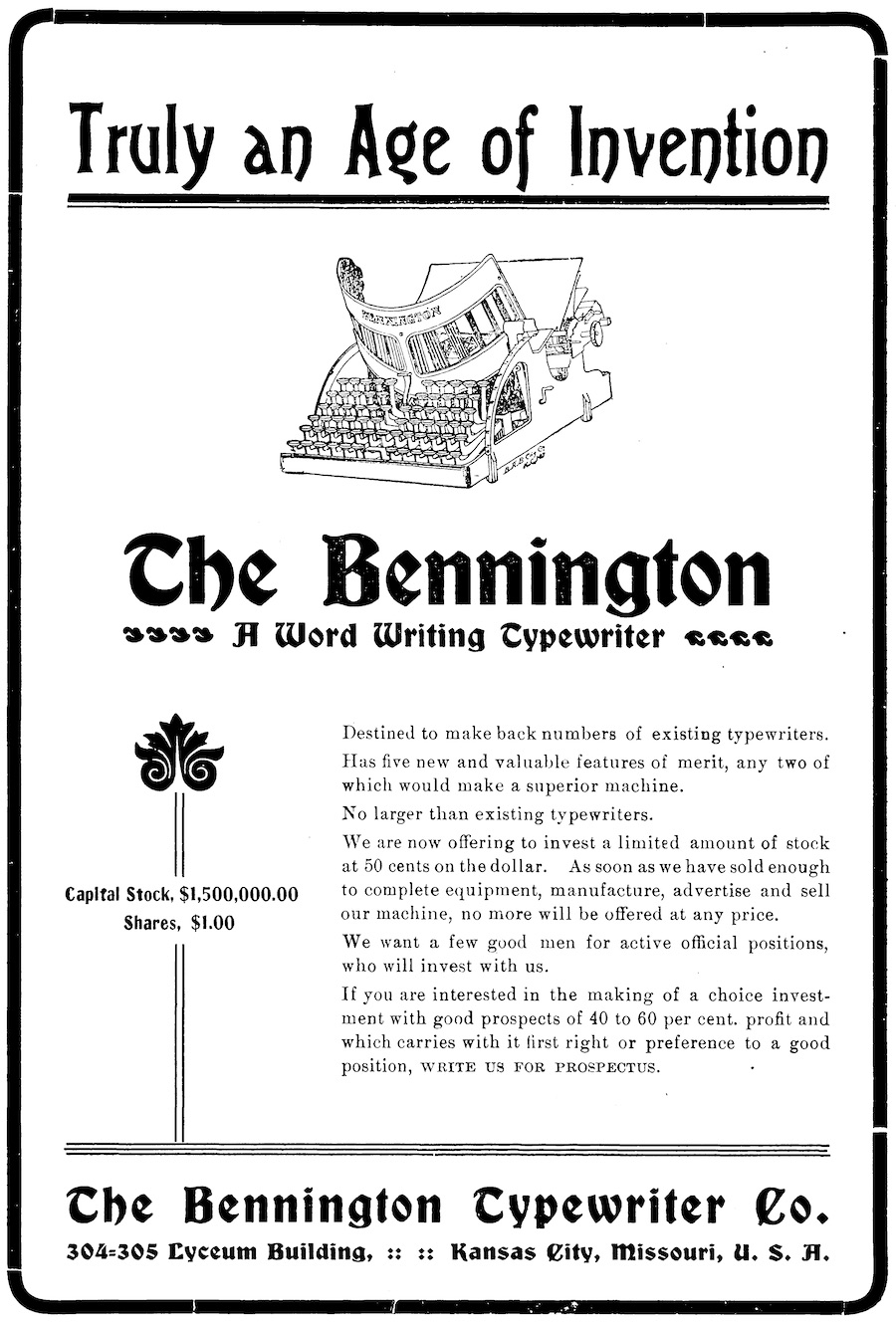 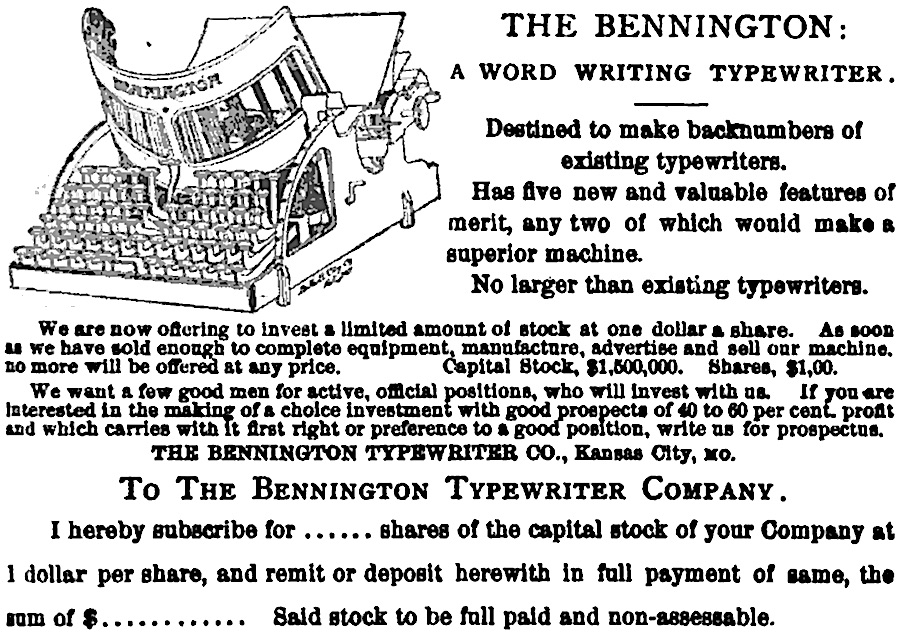 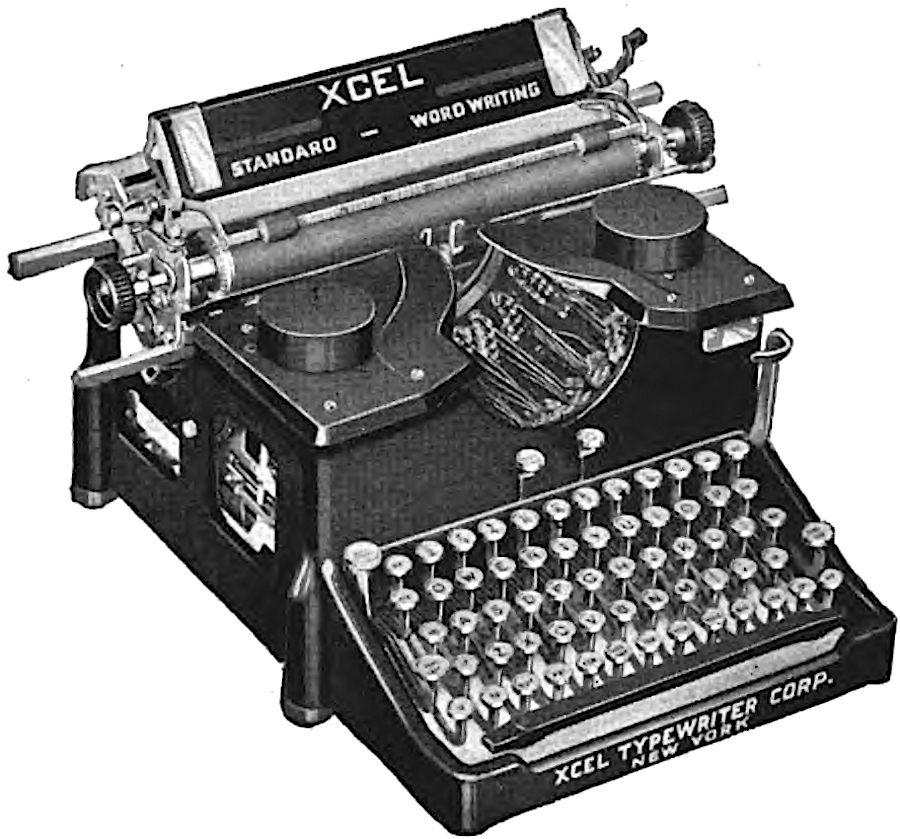 Long in development, the Bennington evolved into the Xcel. Only it did not excel, but floundered, never finding a market. Typewriter Topics offered an extensive write-up in 1922 — click here.

Both Robert Messenger (here) and Ted Munk (here) have written about the Bennington/Xcel.