The origins of the typewriter are complex. The narrative certainly begins with Henry Mill’s 1714 patent for “impressing writing on parchment,” a conceptional device that prefigured the modern typewriter. Another aspect of the narrative are writing machines for the blind.

The earliest and most notable device of this sort is Pietro Conti’s Tachigrafo or Tachitipo of 1823.1 But lately, I’ve discovered an earlier machine called the Duplex Typograph which was invented by J. Purkis. This machine was briefly noted in the British press in 1820.

By the description, the Duplex Typograph is most probably a device analogous to the modern typewriter as it allows the operator to communicate by letters. It is also the earliest of these devices to be called a typograph, a term that has obvious etymological connotations and that was adopted by numerous inventors of writing machines in the 19th century.

From The European Magazine, and London Review, April 18202 — 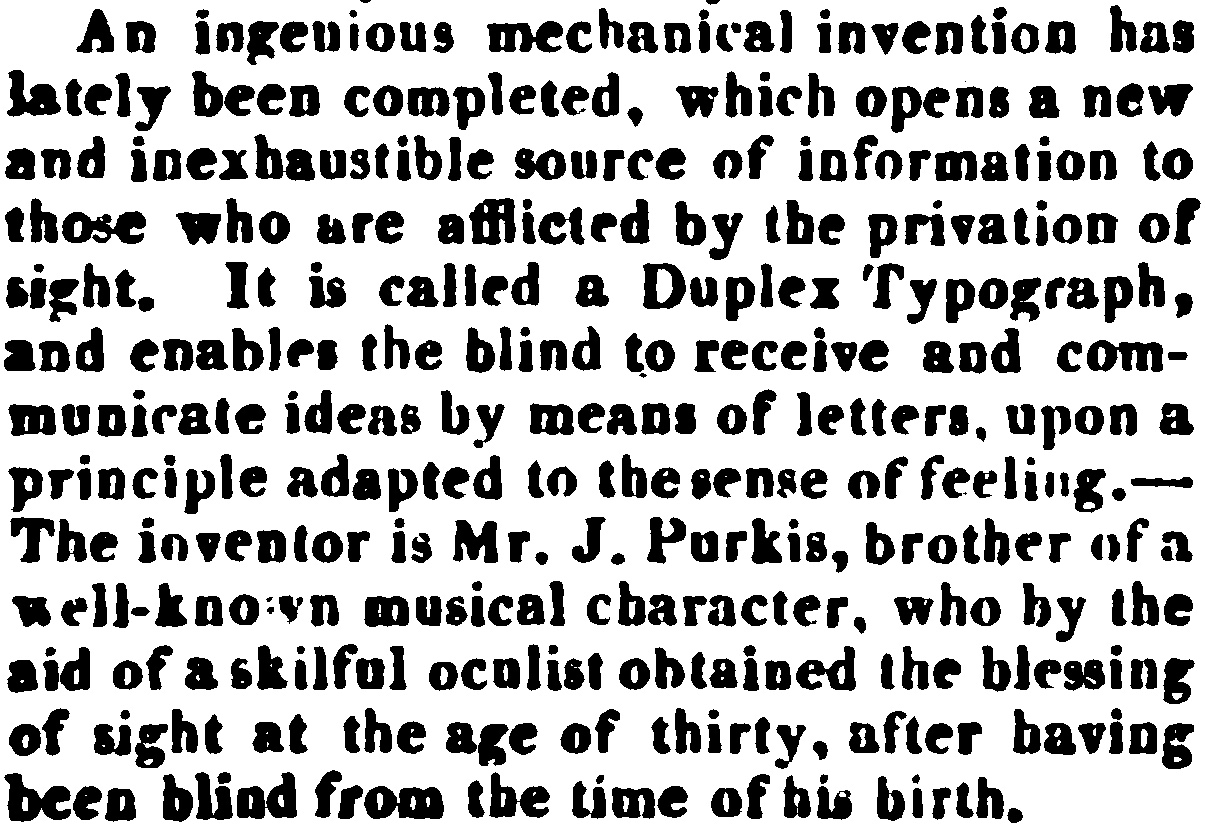 The Literary and Scientific Intelligence (June 1, 1820),3 reprinted much the same: “Duplex Typograph.-An ingenious mechanical invention has lately been completed, called a Duplex Typograph, which enables the blind to receive and communicate ideas by means of letters. The inventor is Mr. J. Purkis, brother of a well known musical character, who, by the aid of a skillful oculist, obtained the blessings of sight, at the age of thirty, after having been blind from the time of his birth. On the same subject it is just to add, that Dr. Edmund Fry has printed a sheet, on which the letters are raised on the paper, and capable of being felt and read by the fingers’ ends.”

The same piece was reprinted in more than a dozen publications and later recorded in several annual registers, including:

At least one paper in the United States picked up the story, though with a typographical error, calling the machine a “topograph.” 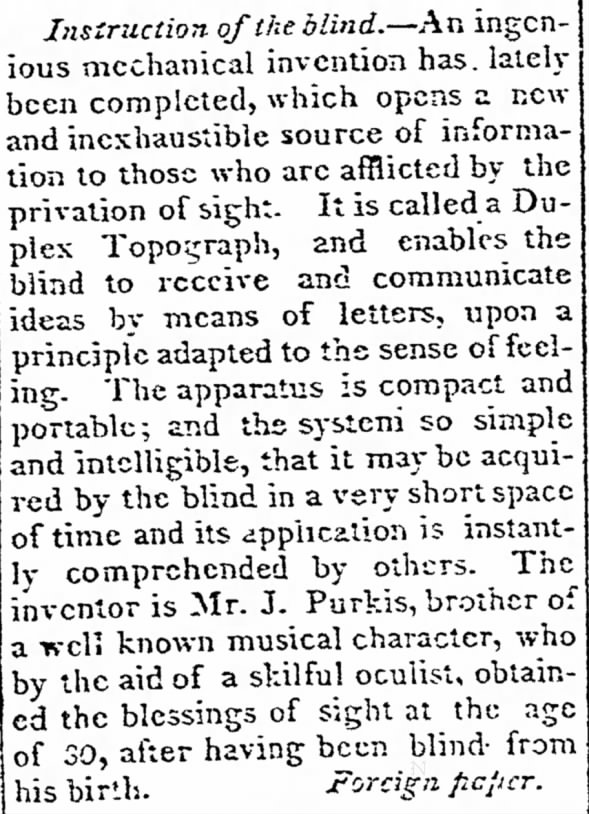