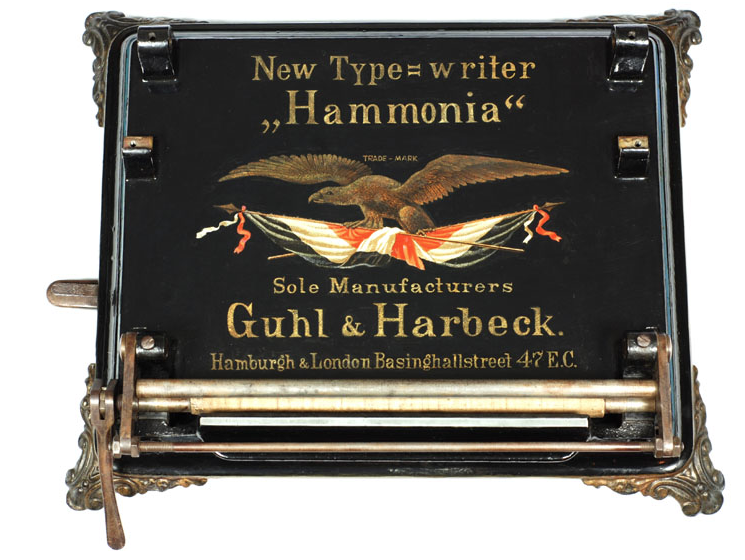 Typists in the 19th century were not fond of index typewriters, so the Hammonia and Kosmpolit were frequently panned in phonographic journals. These devices were engineered by Heinrich Hermann Guhl and Christian Friedrich Harbeck in Germany, beginning in 1884. While index machines may not have been suitable for heavy typing, they served useful purposes for making neat work. Some were modestly successful.

Regarding the speed of various machines, Brown’s Phonographic Monthly (1887) reported a test by a shorthand writer (and Remington enthusiast) named Beyerlein: “[He] gives the following as the number of German words that can be written in one minute by the various machines now in the German Market: —Columbia, 30 —Sun 15 — Hammonia 17 —Westfalia 12 —Hall 25 — Caligraph (if new) 40 to 60—Remington 50 to 80; while for the Hammond Machine he calculates 30 English words or 15 German words in the minute.” His bias is undisguised, but there is no question that standard machines were faster.

Pitman’s Journal (May 27, 1905) described the Hammononia, noting that “the action of which can only be described by comparing it to the use of a small hand-saw, having letters of the alphabet for teeth, and moved forwards and dropped into notches for the printing point, where the letter is locked by guides in its proper place — if you get it there — and is then printed.” 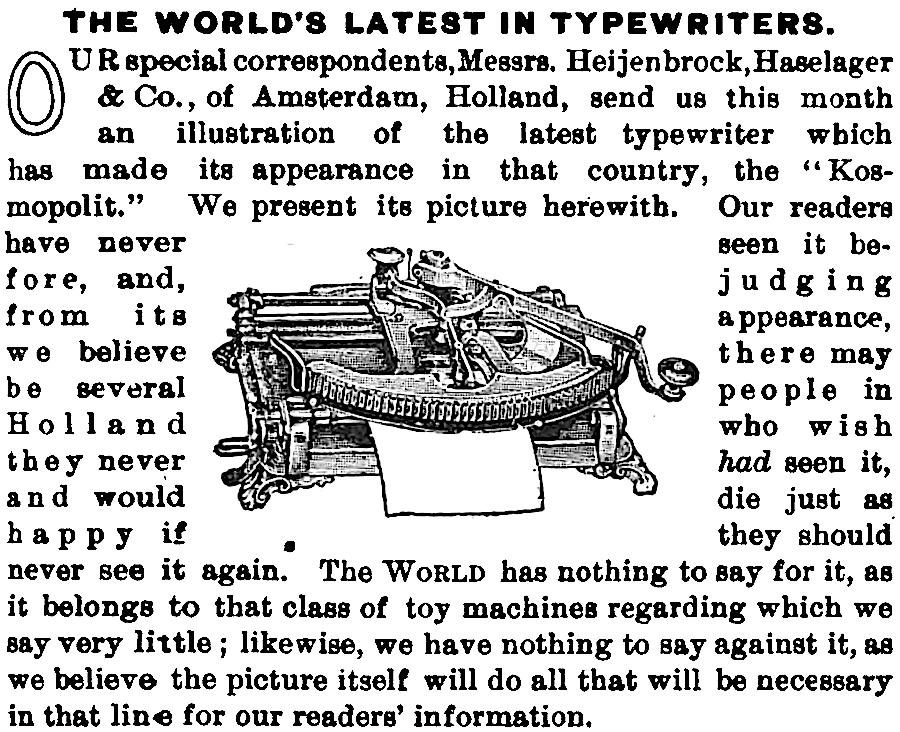 Notes the Typewriter Museum, “This linear index typewriter was not intended for fast writing, but to produce quality writing like printing” (link).

A good write-up of the Kosmopolit can be found here at TypewriterDatabase.com.