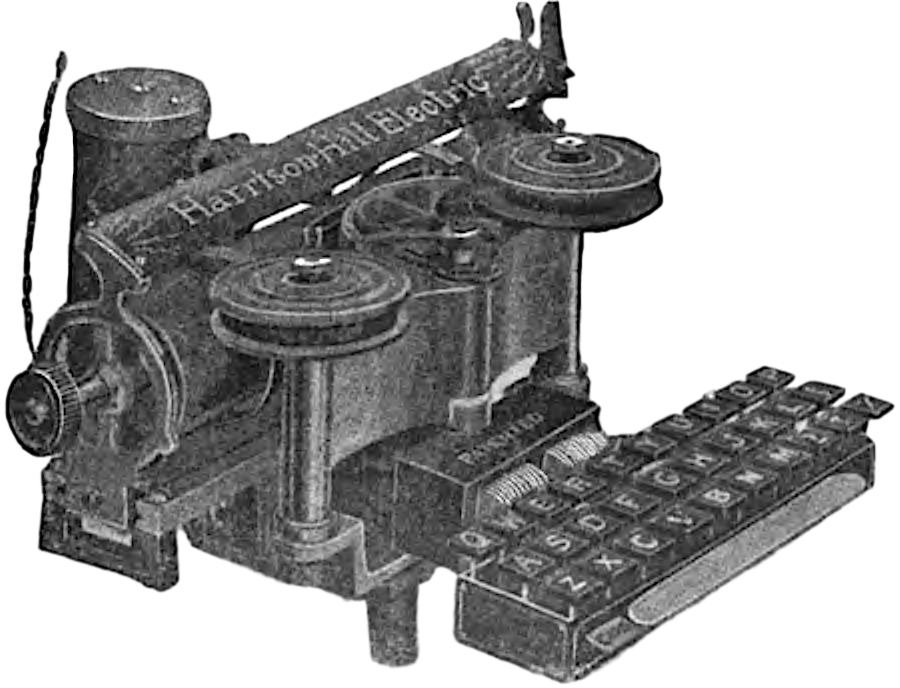 Nothing came of the Harrison-Hill Electric Typewriter, which was essentially a modified Hammond, and it ranks among the “unsuccessful” typewriters of the early 20th century. Electric typewriters were particularly unsuccessful in the first decades of the century because of the technical challenges: non-standardized currents, limited coverage, and limited access to outlets. The idea of an electric typewriter, however, was always tantalizing.

The Hammond was frequently adapted for this purpose, as it employed an efficient type-shuttle mechanism, though the more successful machines (of a later period) employed the standard type-bar mechanism.

Introduced to the press in 1903, the Harrison-Hill or Prendergast typewriter was invented by John Swainson Harrison and Hermon Hill. Their story is ably told by Robert Messenger at oz.Typewriter here, and there are some sad elements.

The above image may well be the only known photo of the machine.

The Harrison-Hill received only brief notices in the press.

From The Typewriter and Phonographic World (New York), 1903 — 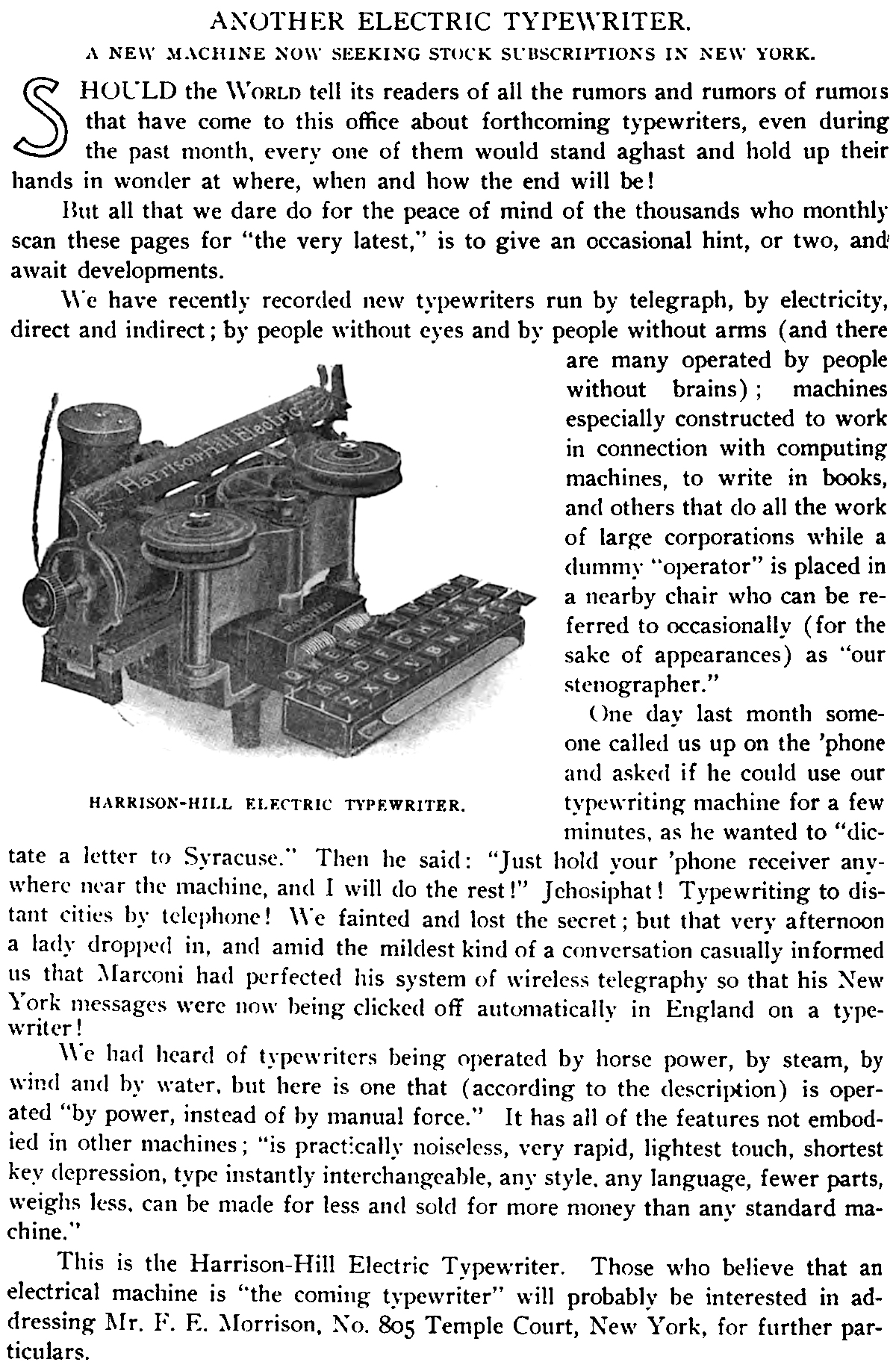 It will do away with sending letters by mail
Clearly, the typewriter is not dead
Harper’s Weekly (1876) on the Writing Ball

Next post: Oliver on why the Oliver was so different