Mark Twain on the typewriter

Today, many a writer will seek inspiration on a typewriter, retrogressing, one might say. In the late 1800s, writers sought the typewriter for its speed, though technically speaking, they themselves did not type but rather dictated their material. A novelist at a typewriter would be a later phenomenon.

The most prominent author to own a typewriter was, of course, Mark Twain. He owned an 1874 Sholes & Glidden Type Writer (#earlyadopter), over which he labored in the hopes of writing faster and neater. His enthusiasm waned, and he dispensed with it, but in his later years, he would boast that he had submitted The Adventures of Tom Sawyer to his publisher as a typewritten manuscript, though he himself did not type it. His secretary, Isabel V. Lyon, prepared the manuscript, though not Tom Sawyer, but rather Life on the Mississippi.1

In that period, writers and printers debated as to whether authors would be required to submit typewritten manuscripts, some arguing that it would aid typesetters, as handwritten manuscripts were sometimes hard to read. But what impact would the typewriter have on literary output and its quality?

Twain offered some insights, though again, he himself did not type, but rather he dictated or else handwrote his material.

From the Illustrated Phonographic World, Sept. 1895: 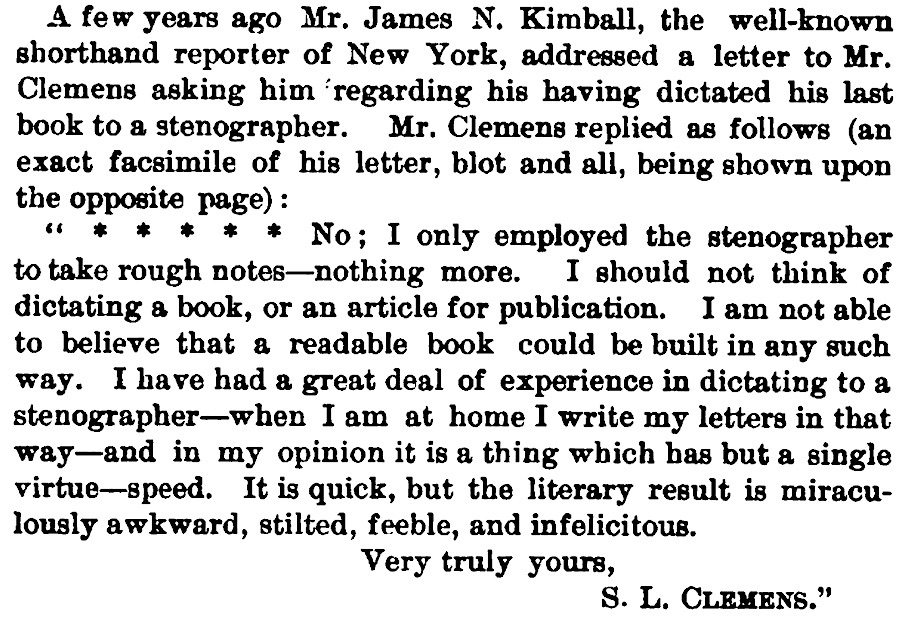 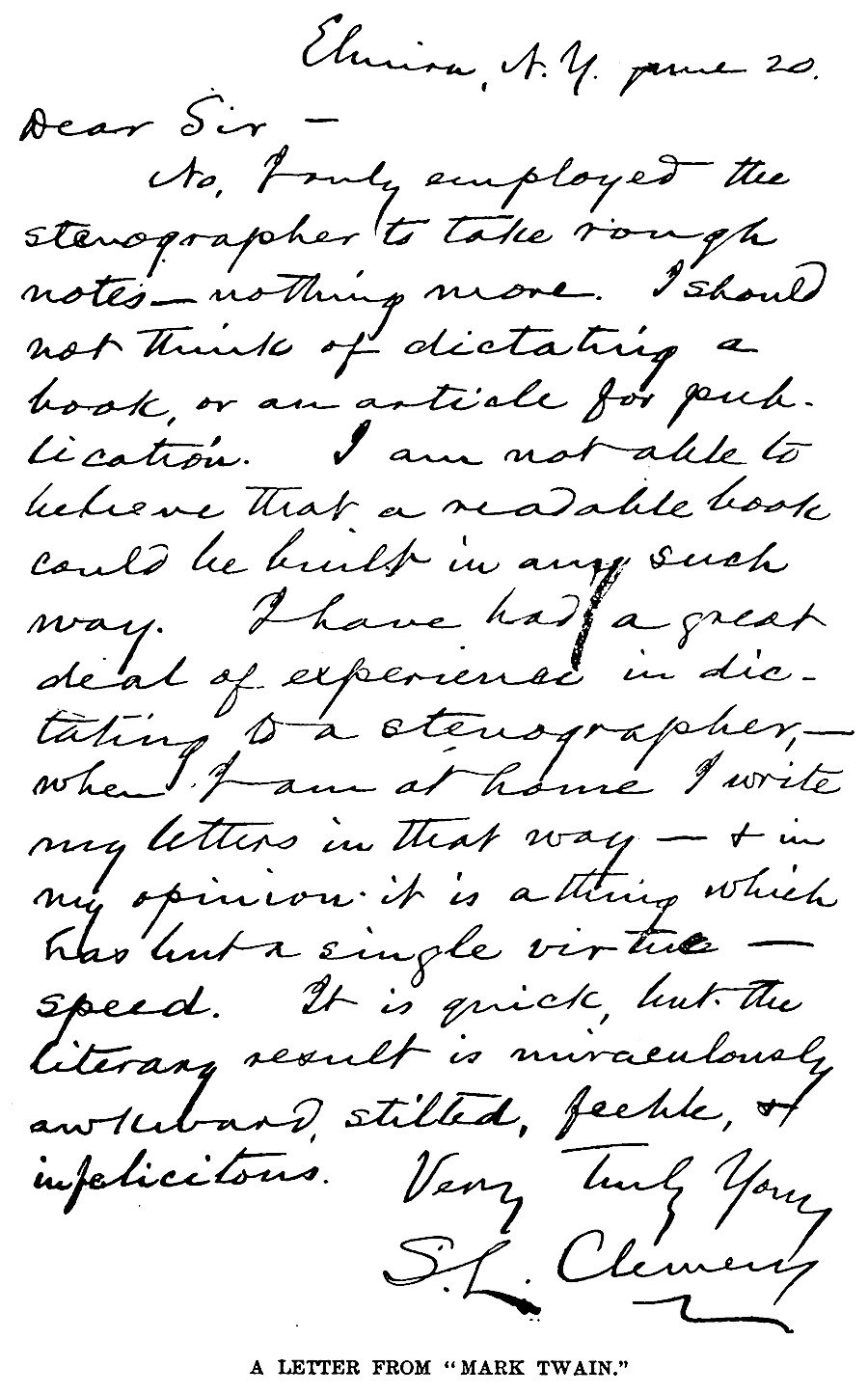 But not every novelist would agree with Twain, also from the Illustrated Phonographic World, Sept. 1895: 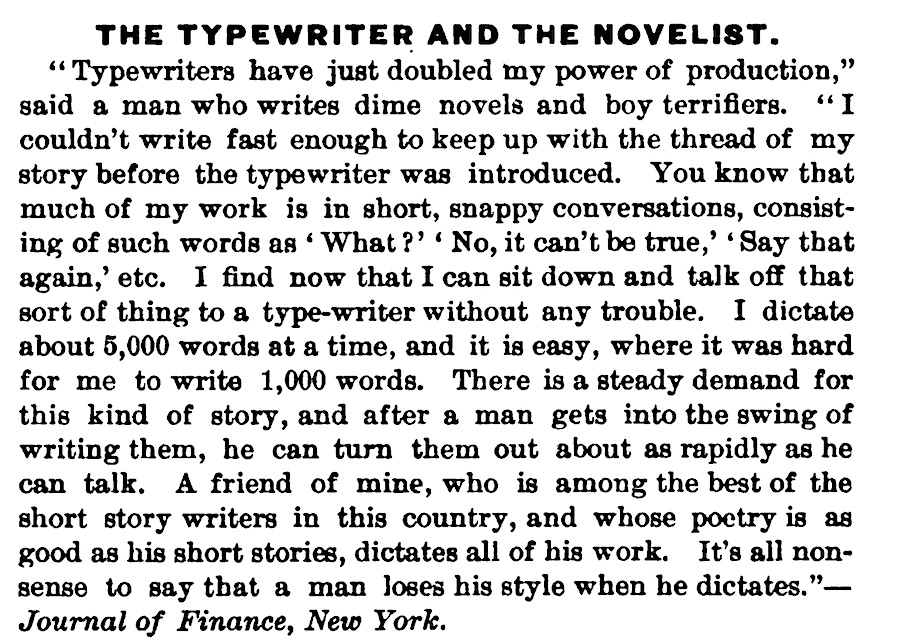 Twain’s own effort is marvelously preserved in an 1874 letter to his brother: 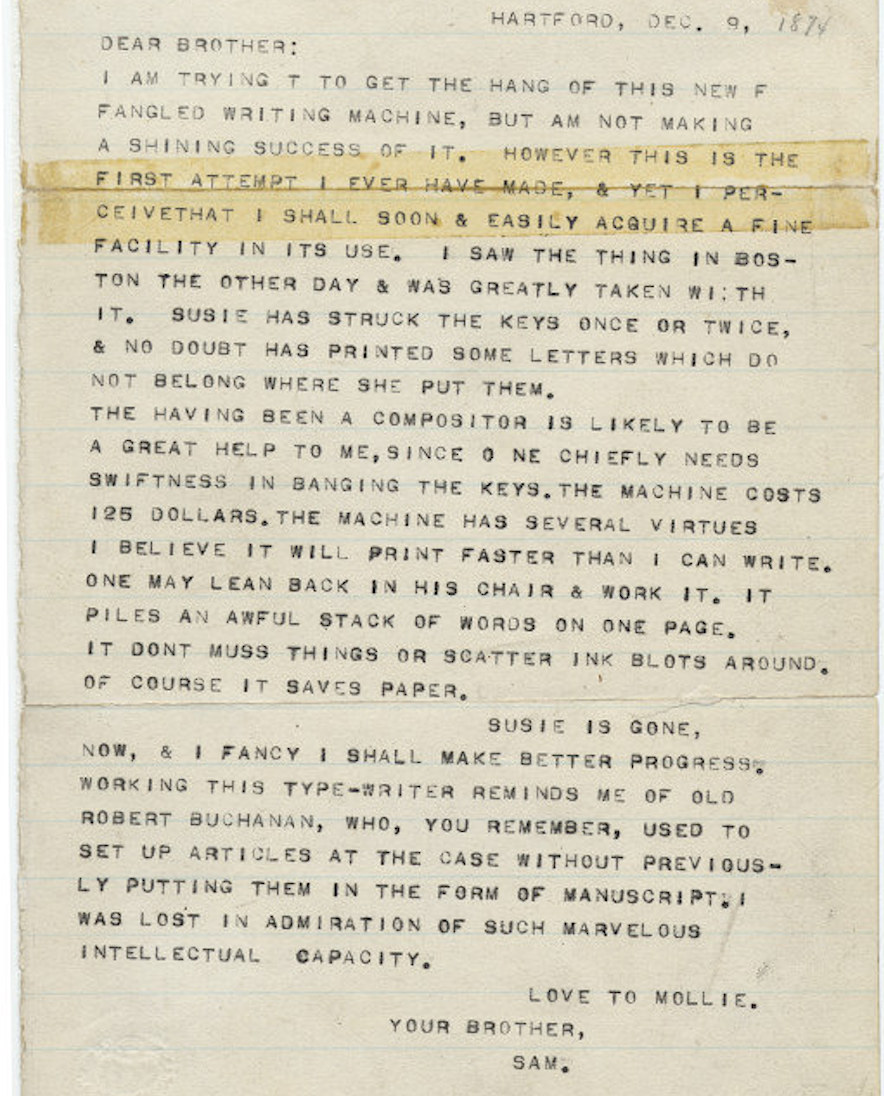 Later, though, he would part with the device (see this Washington Post article).

Twain’s view of typewriting grew more progressive over the years.

His love/hate relationship with the typewriter was captured in this advertisement (circa 1905, Harper’s) for the Remington typewriter, quoting material presented above. 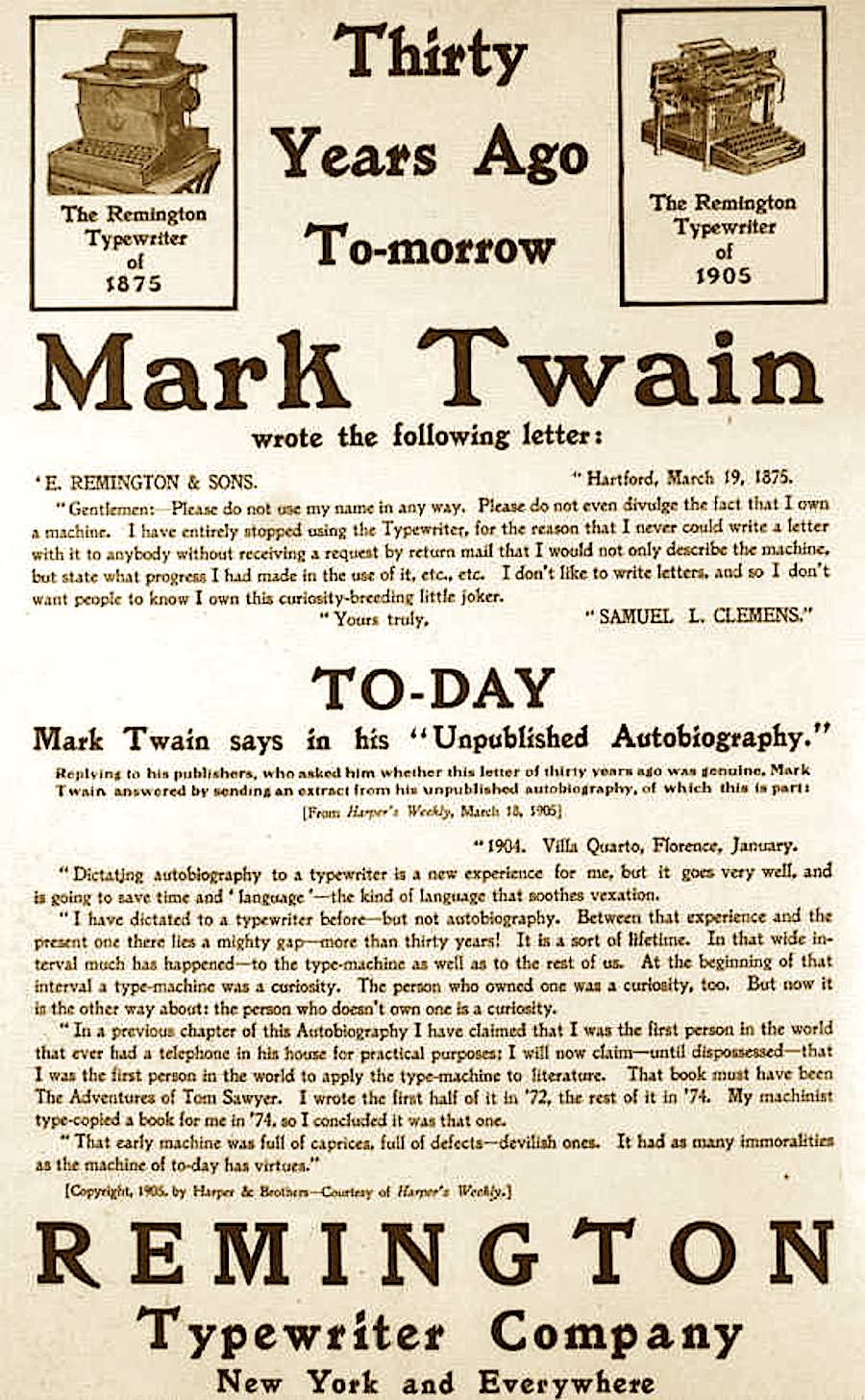 For an interesting read on Twain’s typewriters, see this post at oz.Typewriter.

Smoothing out wrinkles in typewriting
1889 Remington Standard No. 2
The House Typewriter
Manuscript hunters lamented the typewriter