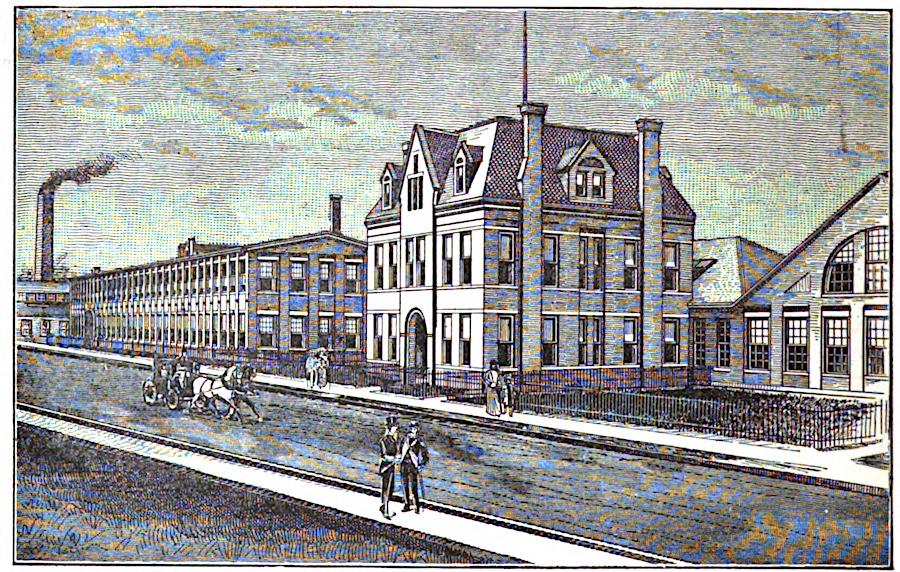 Scientific American described the Remington typewriter factory in an 1888 story (here), offering an important record of typewriter manufacturing in the 19th century. The Shorthand Review published an equally impressive account of the Caligraph factory in 1893, and that account is featured in this post.

Caligraph advertised heavily in The Review, so the article reads as a thinly veiled advertisement, but it is nonetheless an important record.

(Note: The Review borrowed several images from an earlier Scientific American story that was published March 6, 1886 — see here. Also, the image files in this post are rather large.) 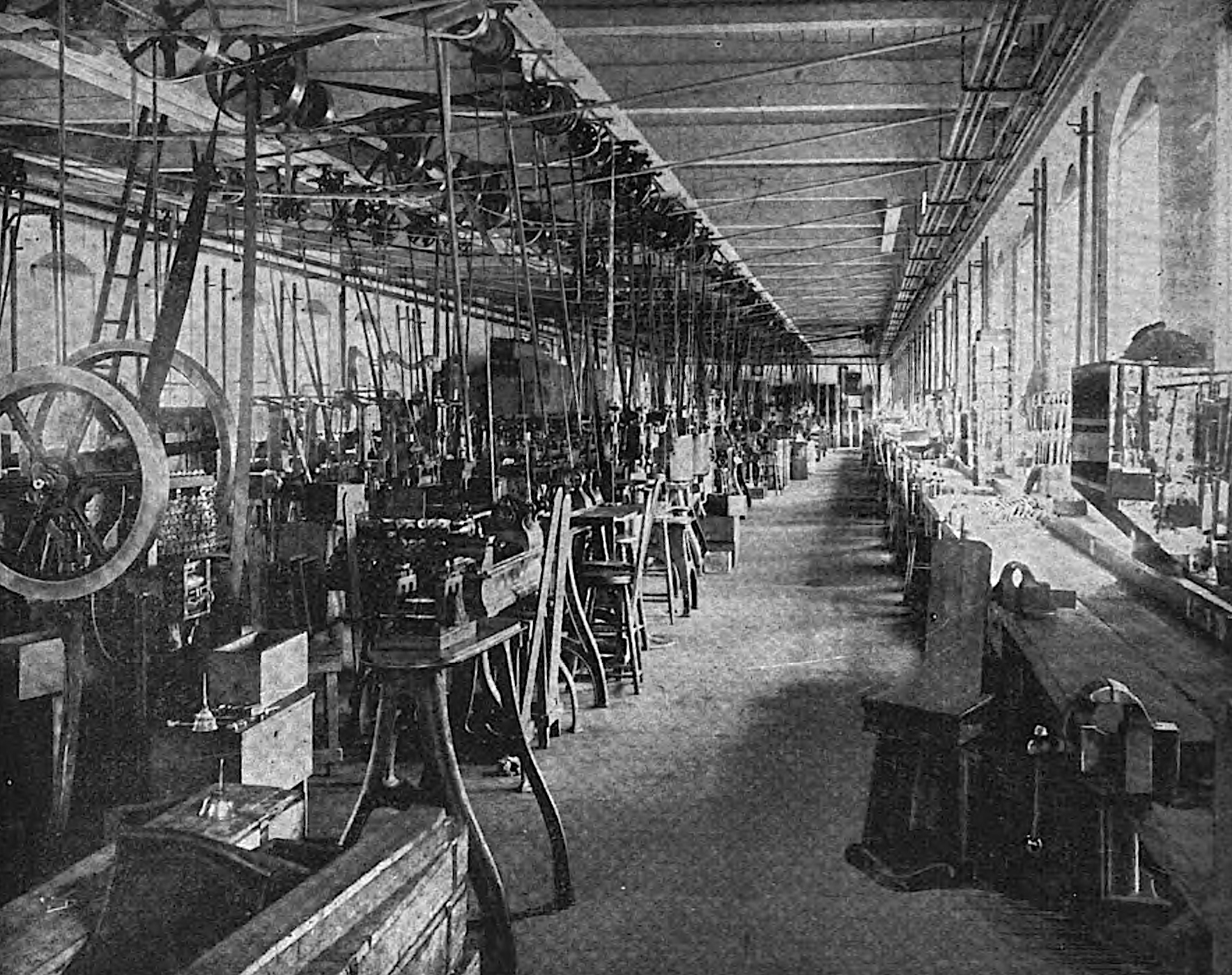 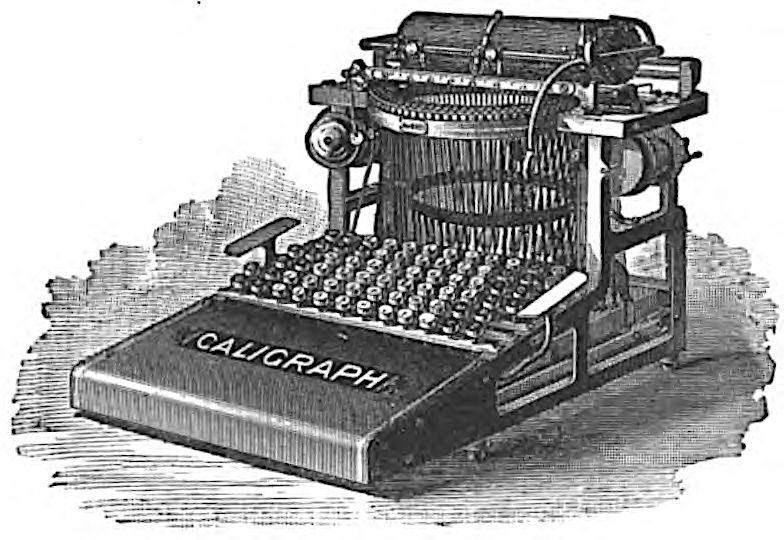 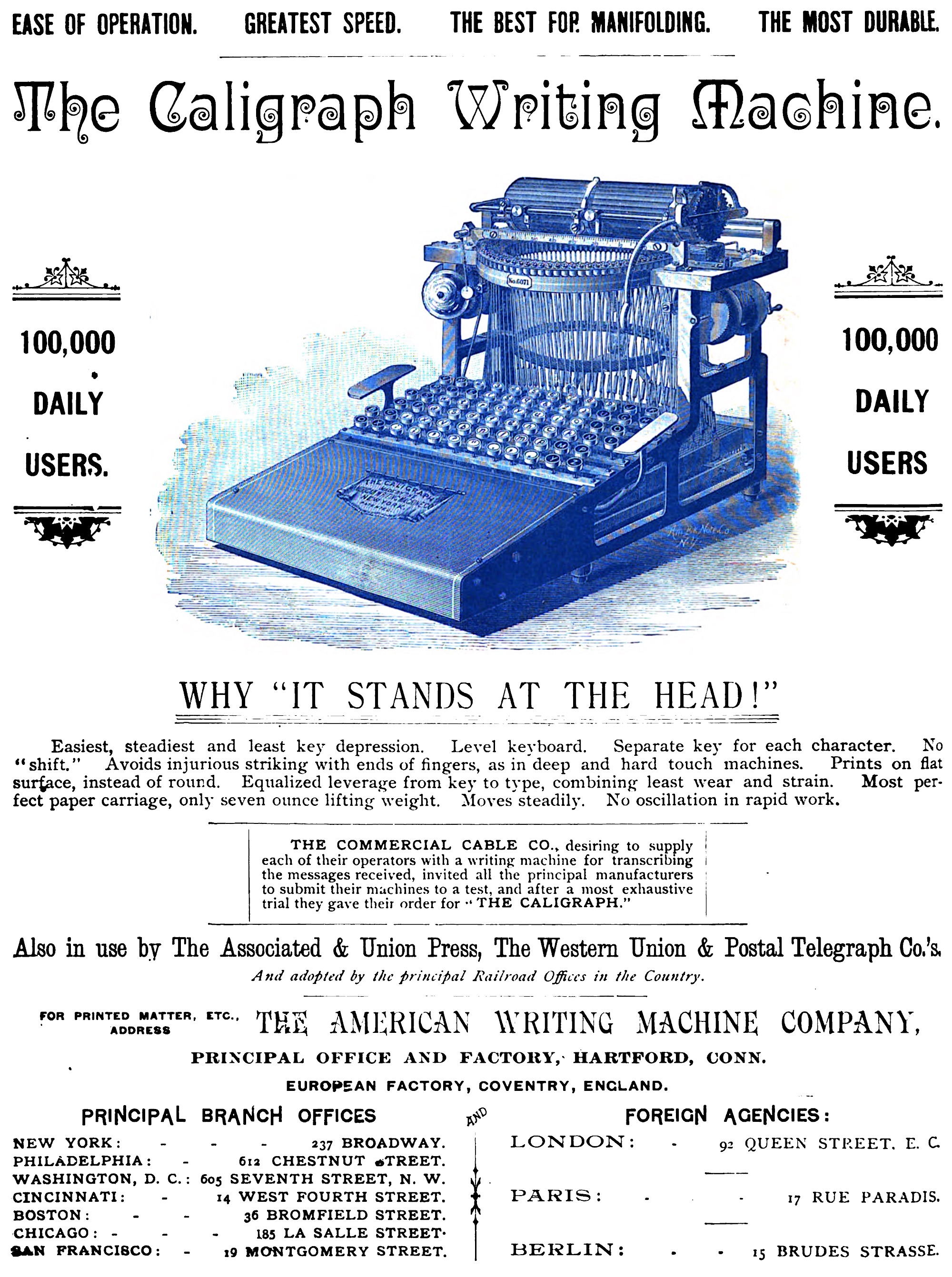 Caligraph regularly ran a full-page advertisement in The Shorthand Review, in addition to other placements. 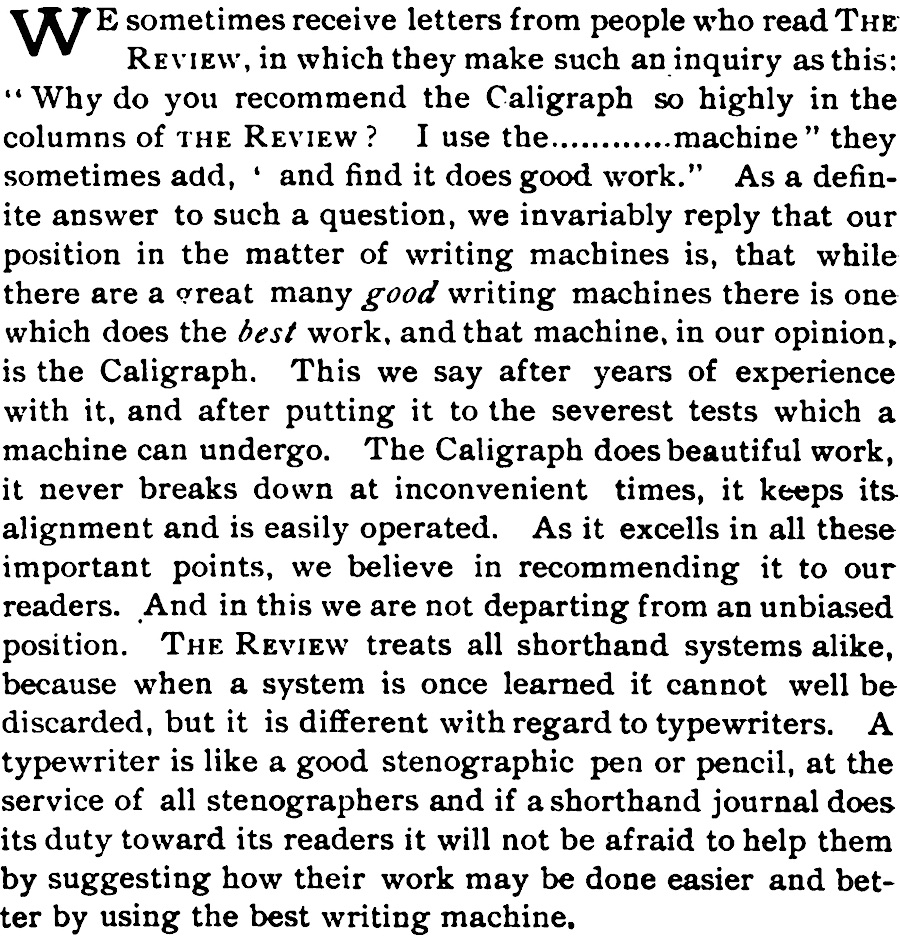