The Shorthand Review, based in New York and Chicago, did not always take a progressive view on women’s rights, but it did offer its pages as a forum for opposing views. For the modern reader, this provides important insights into the workplace of the 19th century.

In a piece entitled, “Stenographers — Not ‘Type-Writers'”, a female stenographer (known only by her initials) argues that the term “typewriter” should not be applied to both the machine and the operator, which was a common complaint among women in the late 1800s. The matter would not be resolved until Americans finally adopted the word “typist” — something the English would do first.

From The Shorthand Review, August 1892 —

The Shorthand Review prefaced the August issue with this front-page commentary in reply to “Stenographers — Not Type-Writers,” arguing that “typewriter” was indeed applied to both men and women, which is partially true. Men were sometimes called “typewriters,” but more generally, they were called male operators. Sometimes, the term was avoided altogether in references to men. In a piece entitled “Woman’s labor vs. man’s,” The Shorthand Review writes, “A fair typewriter [woman] will accept a salary of $8 to $12 a week, when a man with the same qualifications expects from $16 to $20” (see here for this article). 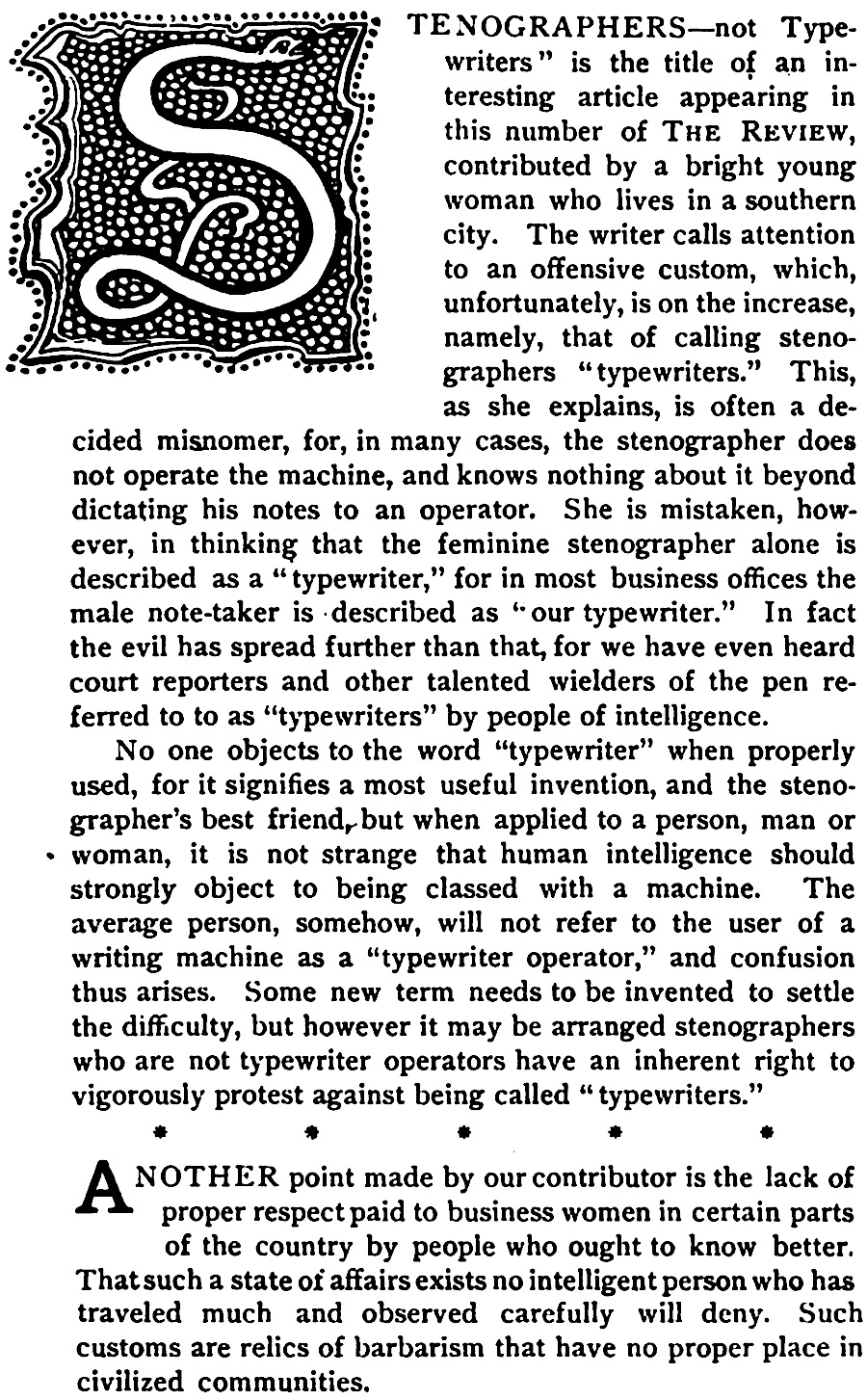 One final note, The Shorthand Review was not brand-biased, and it sometimes employed the term “caligraph” as a common noun — the operator of said machine (typically a woman) was sometimes called a caligraphist.

Increasing qualifications for typists... to 40 wpm...
An American Caligraph in Paris
The truth about typewriting
To be an old man's darling