Unequal pay for men and women stirred no end of debate in the late 19th century, particularly among stenographers and typists. The Shorthand Review, with headquarters in New York and Chicago, published numerous articles and commentaries upon the subject, sometimes advancing progressive ideas, but mostly supporting the status quo.

Justifying unequal pay was a painful exercise, as observed in the articles below.

From the Shorthand Review, September-October 1891 —

The following poem offers some insight into the mind of Nevins: 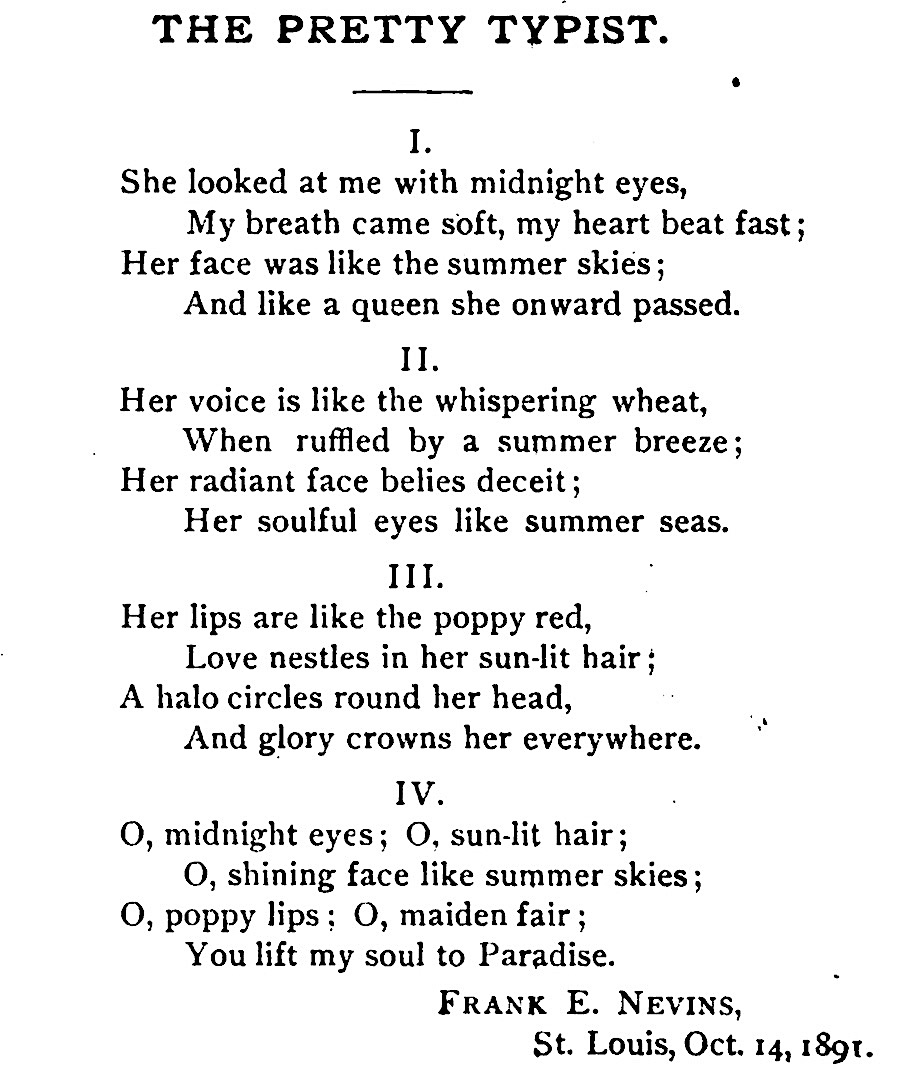 Harry Cole offers a response to Nevins, which might be described as only slightly more progressive.

Dissipating the halo of romance (1899)
Emancipation for one, employment for others
"Yes, I am the author of QWERTYUIOP, the most widely read line written by a woman."
Stenographers -- Not "Type-Writers"