An in-house advertisement for The Shorthand Review, January 1892, displays a very early set of emoticons: 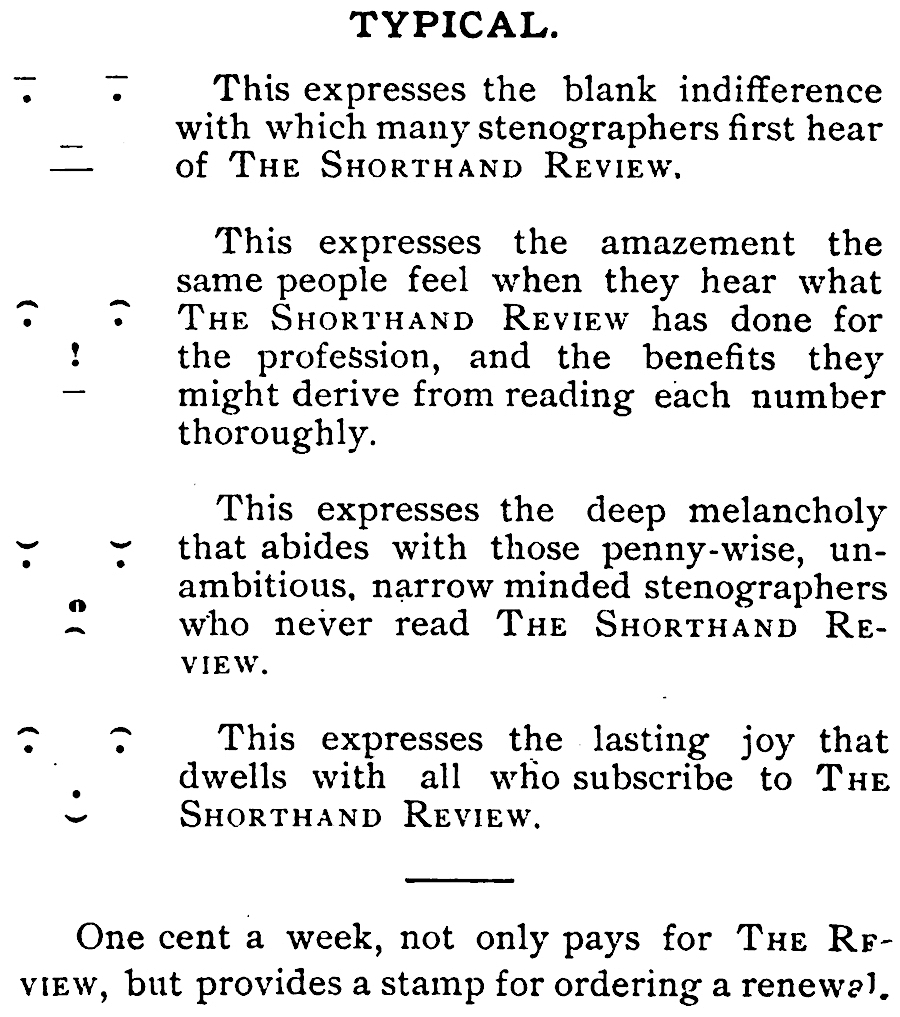 What makes the emoticons above interesting is that they very obviously were produced on a typewriter… earlier emoticons seem to be the work of typographers.

The following, from the Phonographic World (October 1891), might qualify as an example of an emoticon, or perhaps simply typewriter art: 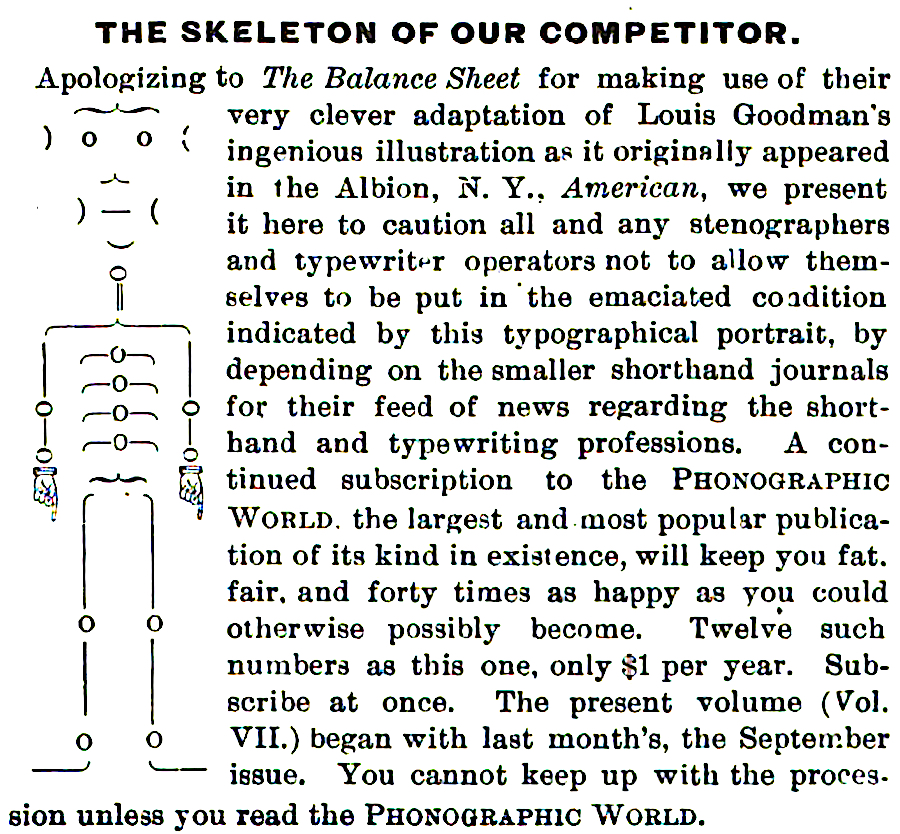 The origins of the emoticon are explained at Wikipedia (here), and it appears that people are continually finding new examples of early emoticons, no doubt thanks in part to digital archives. The following example was published in Puck, March 30, 1881: 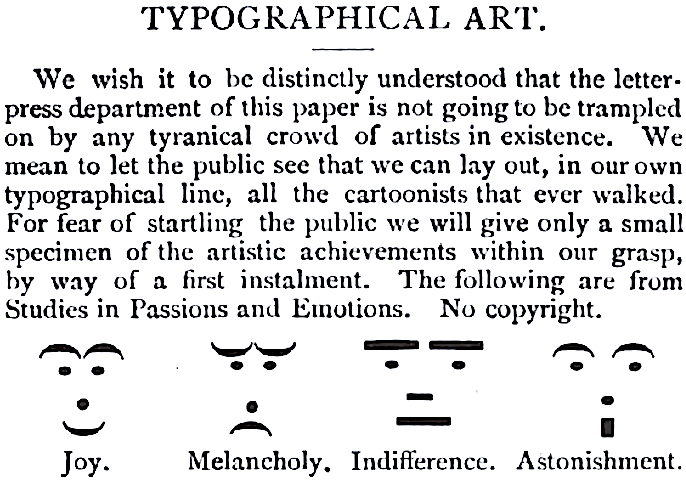