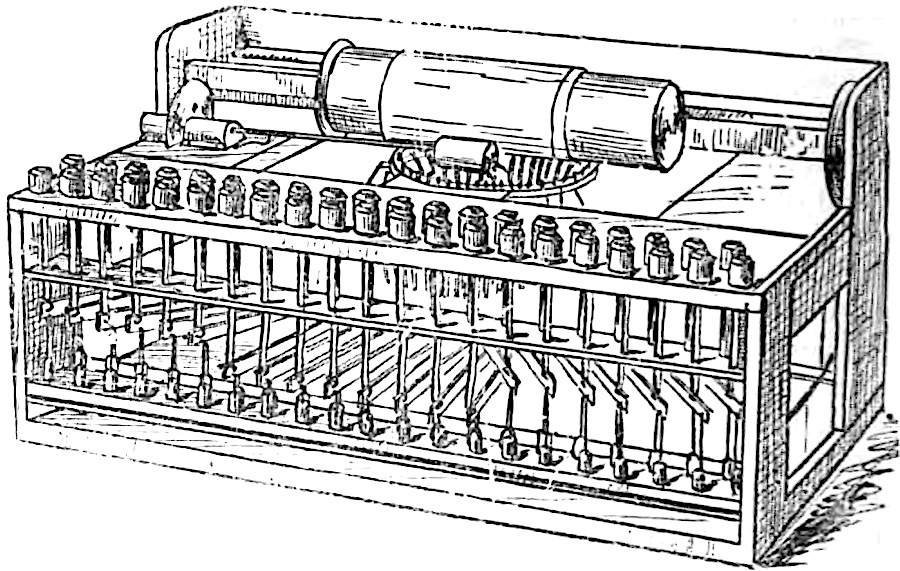 A photograph of a “writing machine somewhat similar in construction to the Remington typewriter” stirred considerable interest among stenographers at the fourth annual congress of the I.A.S.W. in Buffalo, New York in 1885. The machine was an experimental typewriter which had been designed by George House in 1865.

J.D. Strachan, president of the Indiana State Stenographers’ Association, wrote the Brown & Holland Shorthand News, suggesting the I.A.S.W. acquire the machine for display at other conferences, “for it is certainly a curiosity in the way of writing machines, it being made twenty years ago.”

What became of this machine — and the photo — is unknown; only a hand-drawn sketch remains. Fortunately, period accounts describe its action.

The Illustrated Phonographic World (December 1894) offered this analysis: “The carriage did not run from right to left, but revolved, and when a line was printed, moved to the right. The machine was about thirty inches long, by about fifteen inches wide, the action of the keys being very much like the action of an organ. The letters are not fastened very tightly in the basket, but to make them write in line they struck through a small hole in a plate that covered the basket; the alignment, however, was not perfect. The type bars were the shape of a letter J, the type being set in sockets.”

Little is known about George House, who lived in Buffalo, New York, and he never patented his invention.

The photo of the typewriter reappeared in 1913, and was included in Harry C. Spillman’s lecture entitled “History of the Writing Machine.” Spillman worked for the Remington Typewriter Company.

Today, the House writing machine stands as an interesting footnote in typewriter history. 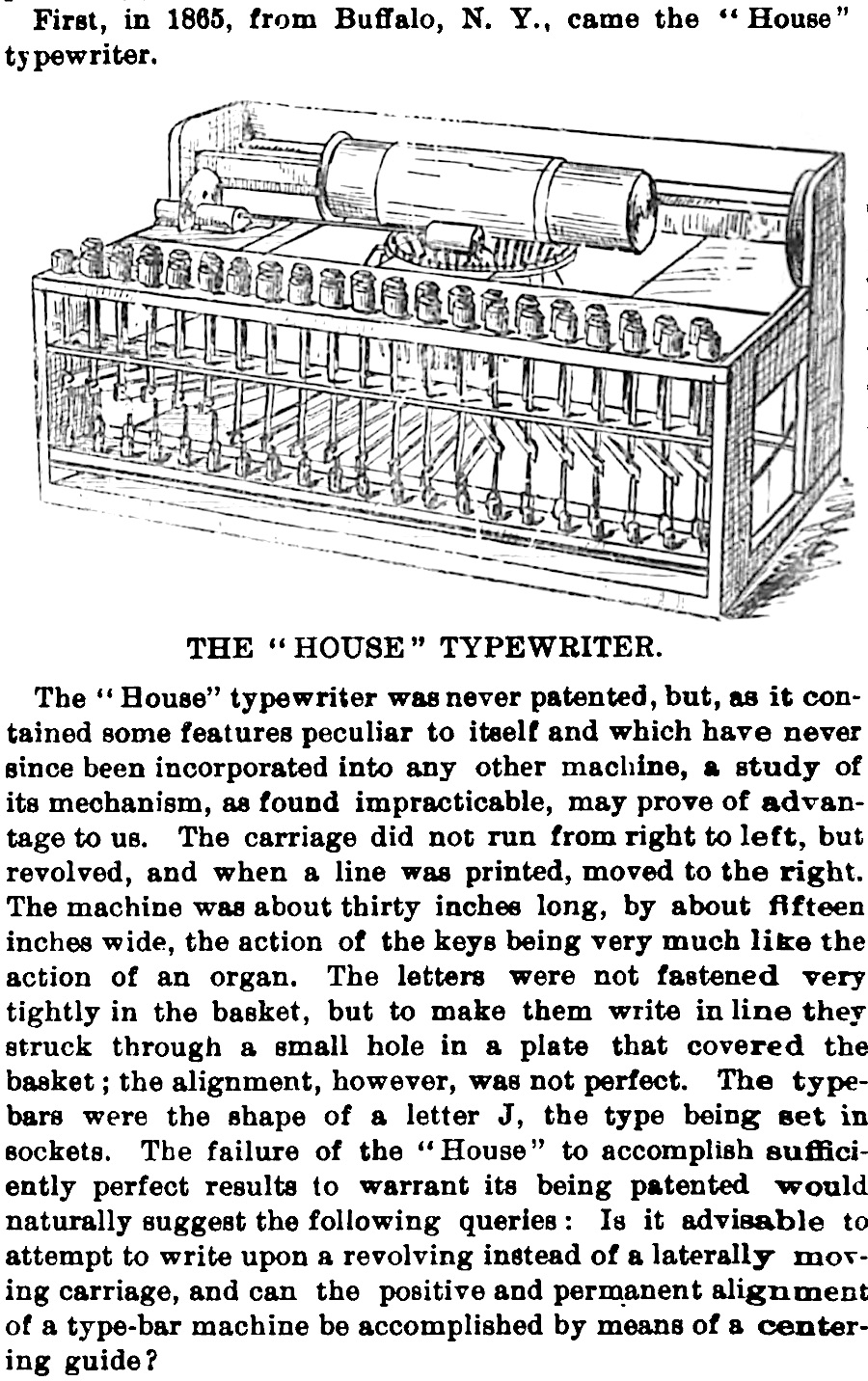 Typewriters and wine
Smoothing out wrinkles in typewriting
Sighted: Another modified Remie Scout Model.
"I HAVE THIS LETTER WRITTEN UPON THE TYPE-WRITER" (1875)