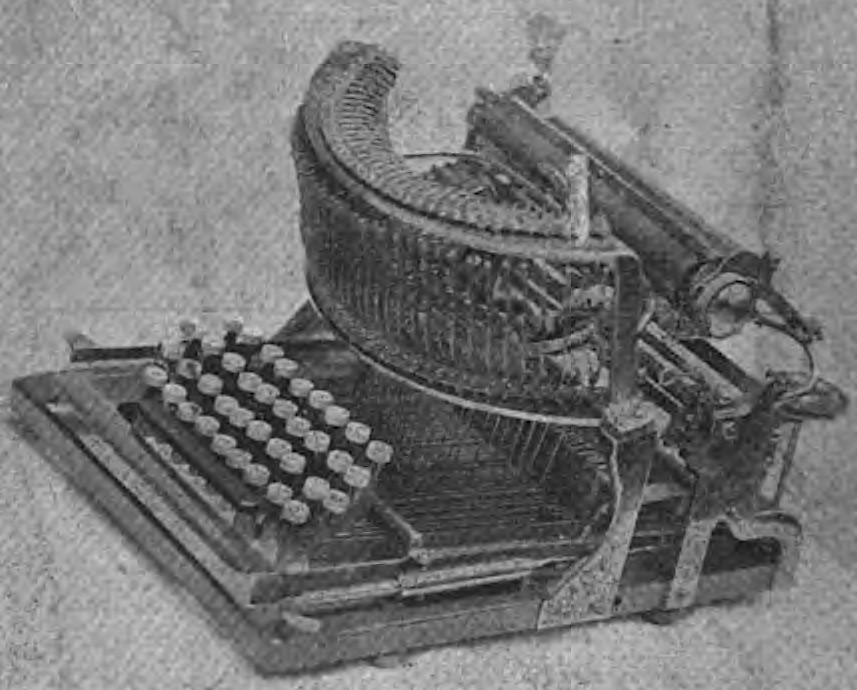 The Shorthand Review (October 1892) modestly noted the founding of the Conde Typewriter Company in Chicago. The only known image of the machine (shown above) was offered in advertisements that same year.

The machine was invented by Samuel L. Conde, who developed a series of typewriter products in the 1880s, including a typewriter cabinet for which advertisements in journals and newspapers are frequent from 1892 through 1894.

Allan Seaver writes extensively about Samuel Conde in ETCetera here, speculating that only one model of the Conde was made and that no machines likely survived.

A short brief in The Wellsboro Gazette Combined with Mansfield Advertiser, January 25, 1893, offers this detail: “Rev. S. L. Conde, of Rockford, Ill., who is well known in this region, has invented a new and improved typewriter which his to be manufactured by a stock company in Chicago. It is said that the machine is the simplest one in the market.”

The Belvidere Standard, Dec. 27, 1893, offered this opinion of the machine (sight unseen), writing, “It is thought to be superior to anything on the market. There’s millions in it for Mr. Conde.”

The Conde ranks among machines known but “unfound.”

A rather extraordinary promise of 10 percent in the first year! — 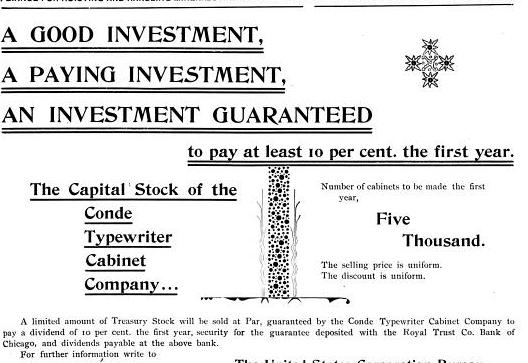 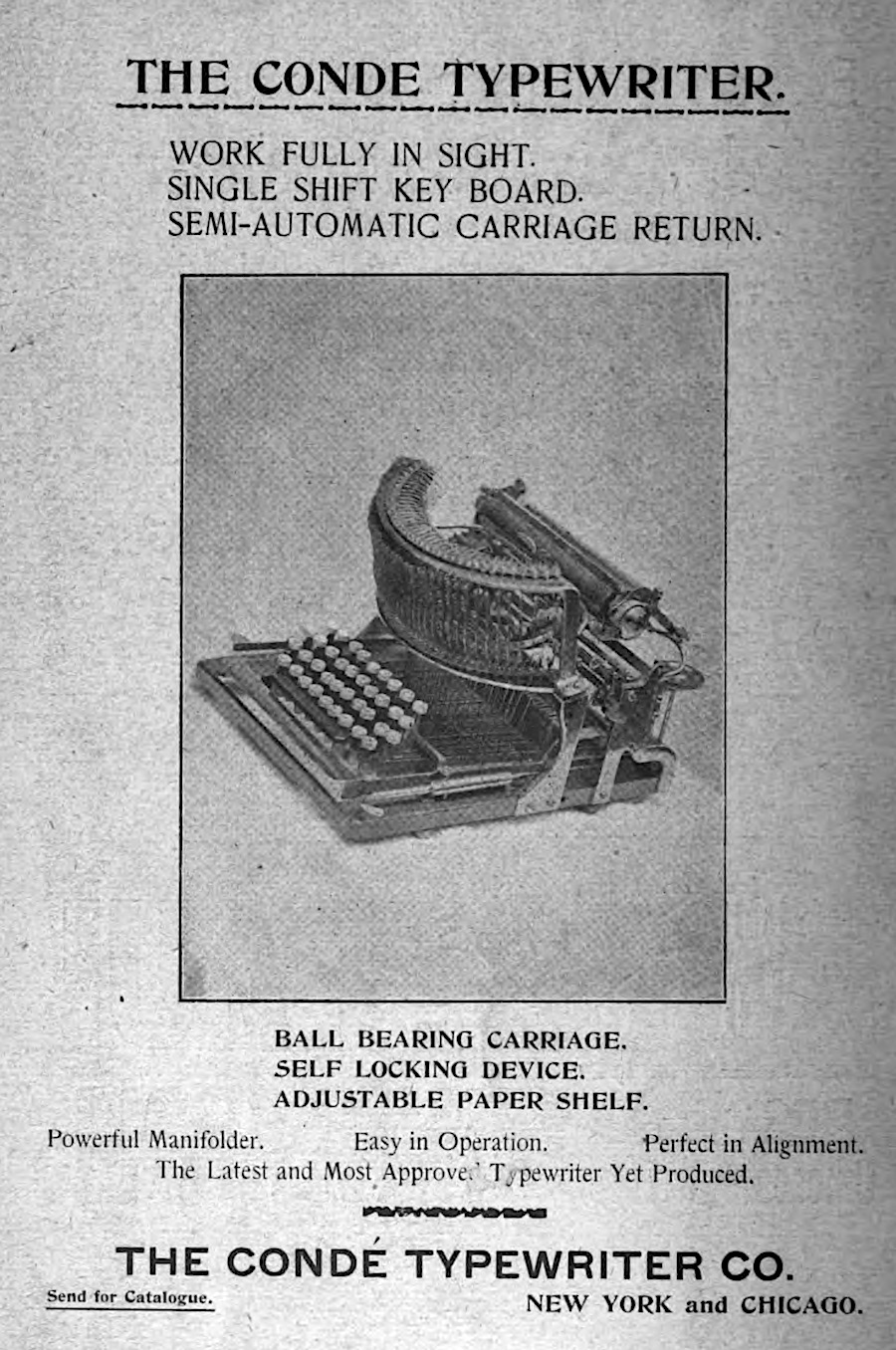 Featured in several issues of The National Stenographer in 1893.

Horton's Typograph (ghost of the Bennington?)
The Stearns Visible Typewriter
1896: The chief requisites of a typewriter
Fox in the forest