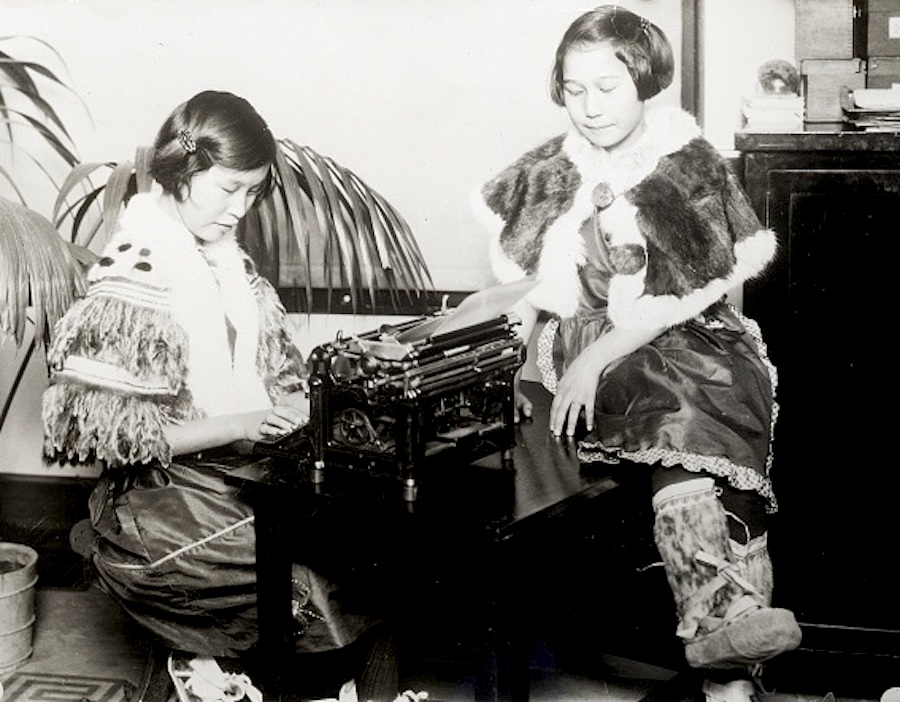 Two women typing on an English-language typewriter. Original caption (Oct. 25, 1922): “Although born above the Arctic Circle of Eskimo parents, the two Eskimo girls shown here are very much Americanized after a three month sojourn in Seattle, Washington. The girls are Betty Call, at left, and her sister Olga. They like the movies and music and are anxious to educate themselves for business careers.”

From the Phonographic Magazine, July 1901 — 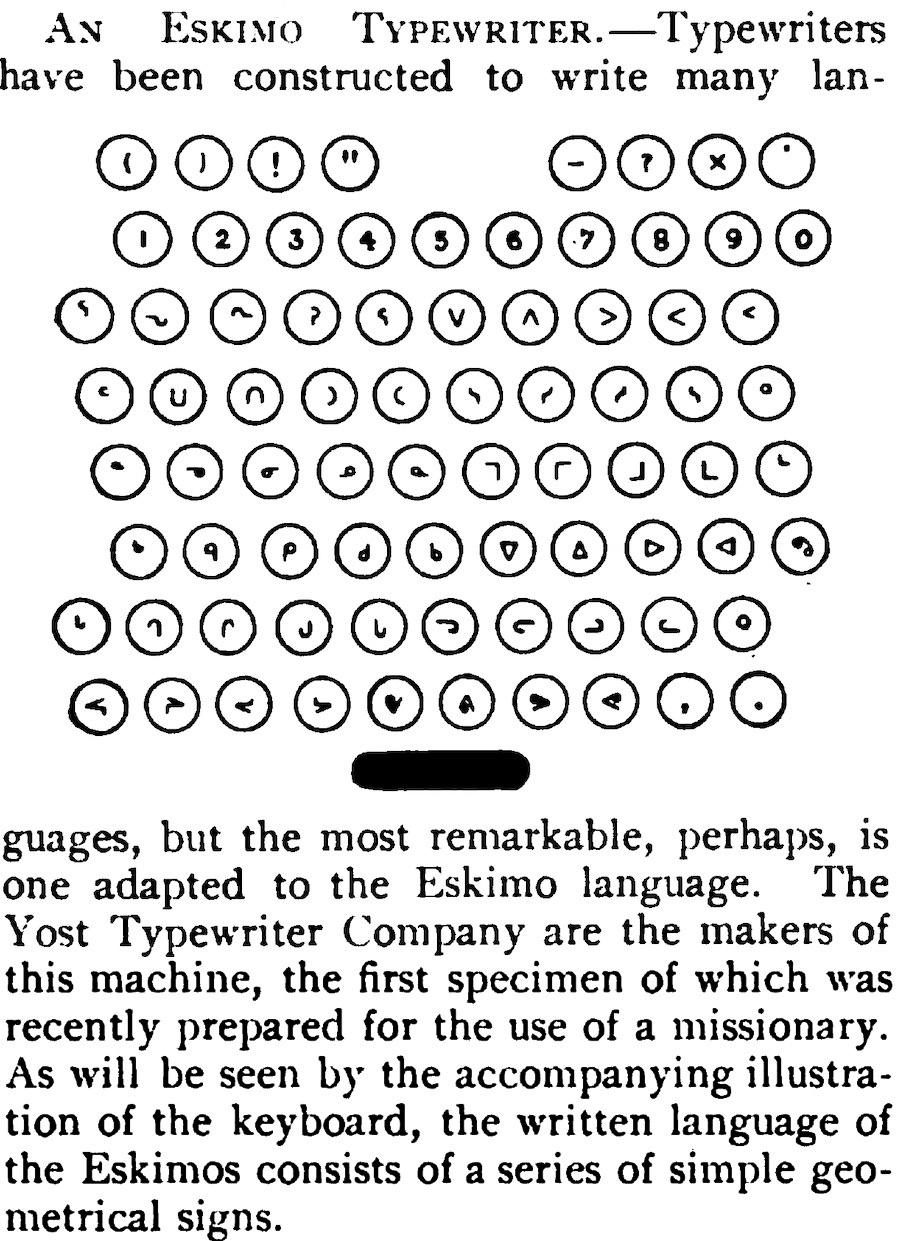 From Wikipedia: “The word Eskimo derives from phrases that Algonquin tribes used for their northern neighbors. The Inuit and Yupik peoples generally do not use it to refer to themselves, and the governments in Canada and Greenland have ceased using it in official documents.”

The first efforts to write Inuktitut came from Moravian missionaries in Greenland and Labrador in the mid-19th century using Latin script. The first book printed in Inuktitut using Cree script were selections from the Gospels in the dialect of the Inuit of Little Whale River (ᒋᓴᓯᑊ ᐅᑲᐤᓯᐣᑭᐟ, Jesus’ words),[3] printed by John Horden in 1855–56 at Moose Factory for Edwin Arthur Watkins to use among the Inuit at Fort George. In November 1865, Horden and Watkins met in London under Henry Venn’s direction to adapt Cree syllabics to the Inuktitut language.[4] In the 1870s, Edmund Peck, another Anglican missionary, started printing according to that standard. Other missionaries, and later linguists in the employ of the Canadian and American governments, adapted the Latin alphabet to the dialects of the Mackenzie River delta, the western Arctic islands and Alaska.