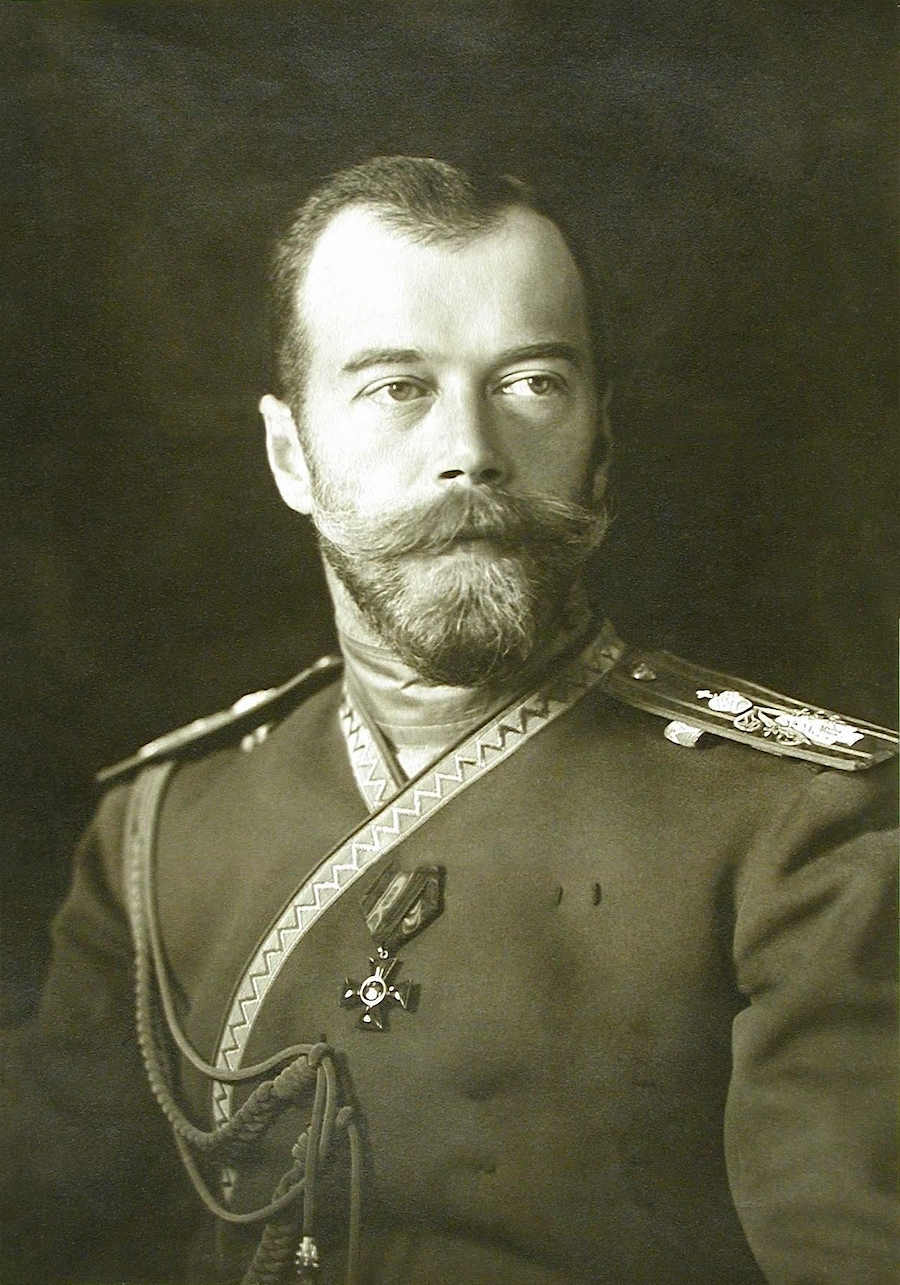 As the world was hankering for a sub-$100 typewriter, the Czar of Russia commissioned an ornate $700 machine, as was reported variously in the 1890s. Nicholas II and his wife apparently had an interest in writing machines, two of which are mentioned in historical records. The first was an autotype, which was used for dictation (not much more is known about that machine), and the second was a Remington, costing seven times the price of a regular machine.

The Remington was a dual-case No. 5 with 84 Russian characters. The Hamilton Literary Magazine, quoting Remington executive Henry H. Benedict, reported, “In decoration the Czar’s machine is a marvel of beauty. The frame is of white enamel, beautifully inlaid with mother-of-pearl in floral designs. The paper shelf is also of inlaid enamel and upon it is written in Russian a code of rules for the use and care of the machine. All the keys are made of ivory and the Russian characters upon them are inlaid in blue enamel. The trimmings of the machine, including the bars and the type basket, the front and rear shift rails, the levers, handles, bell, etc., are all gold-plated and the whole combination presents a dazzling effect.”

The Czar’s Remington was displayed in New York for a time. What ultimately became of the machine is unknown. 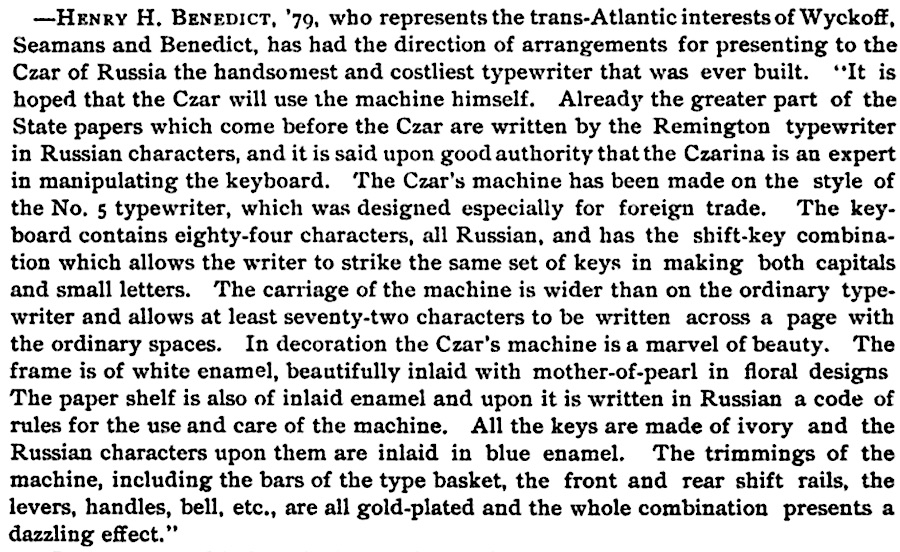 From The Hamilton Literary Magazine, June 1896.

From the Phonographic World, January 1896. 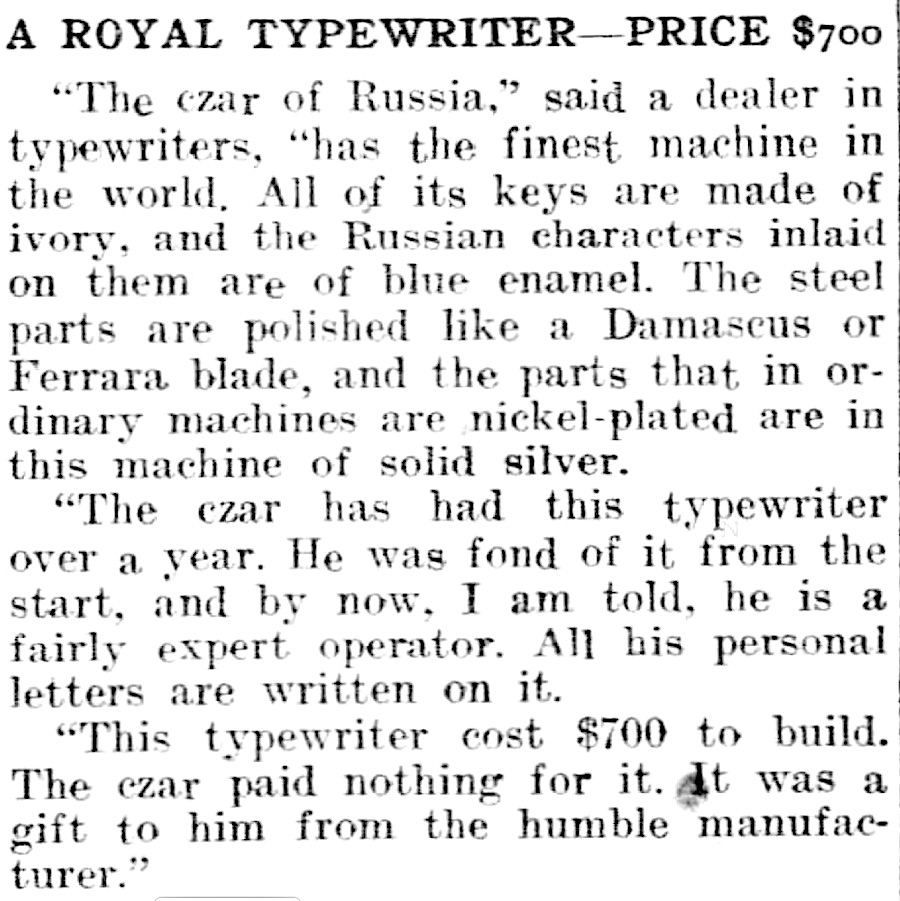