The Tachytypograph was described in 1871 as a typewriter with an “ordinary key-board.” A working model of the machine, invented by J.S. Davies, was said to have been displayed in the offices of Fontainemorean and Co. It is possible that the Tachytypograph was a stenographer’s machine, as another machine called a Steno-Tachygraph has also been observed. The line between stenography and typewriting was somewhat blurred in the late 1800s.

The novelty of “obtaining verbatim reports of speeches, debates, sermons, &c., in ordinary English characters” testifies to the enduring appeal of these writing machines. “Tachy” is derived from the Greek for rapid. The Tachytypograph employed special paper for making character impressions. It is said to have worked noiselessly.

The Tachytopograph received attention around the world, though most citing English Mechanic (above). The following is from The Pembrokeshire Herald and General Advertiser, Aug. 25, 1871: 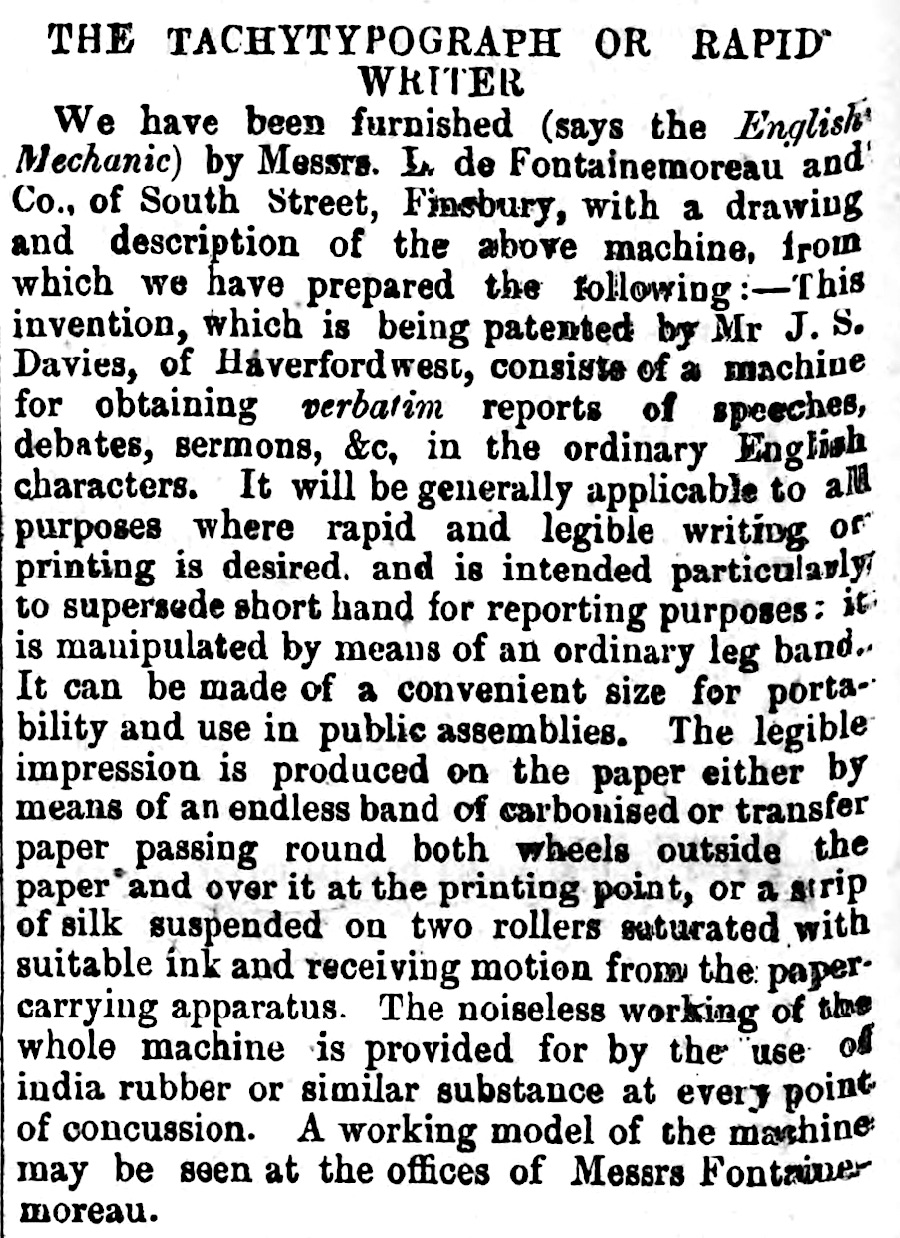 And for German readers, from Die typographischen Phänomene, by Karl Hoger, 1897:

F.A. De Mey's mechanical typographer
Typoscript, graphotype... anyone?
The "Stanograph"
More on the House typewriter (no photo, though)