From a letter dated May 10, 1912, containing a specimen of a form of the Gothic typeface.

In the early days of the typewriter, the typeface was generally determined by the machine, with different machines serving different purposes. (Some typewriters, like the Blickensdefer, did offer interchangeable fonts, but these machines were not particularly capable of producing multiple copies.) A letter between executives at Remington in 1912 (partially preserved in my collection), offers some insight into the process of designing a typeface for machines making multiple copies.

The letter, dated May 10, 1912, outlines some concerns over a particular Double Gothic type used in machines sold to the Prudential Insurance Company. Writes a Remington executive to A.A. Forrest, vice president of the Union Typewriter Company (a trust largely controlled by Remington), “The general effect of the Ilion made type is that of a very much condensed letter which is very tall in proportion to its width. This seems to present a disproportion between the width and the height which is not quite as pleasing to the eye as the proportion of the other design — see such letters as E, F, T, L, etc.”

Of particular concern was the effect of “heavy manifolding,” i.e., the making of multiple copies, so a new design was offered to serve this purpose (included in the letter). “The new designs made here, when used as they are capable of being used to advantage in the wider spacings of 9 1/4, 8 1/2 and 8 characters to the inch will, we fully believe, do better work and present a better appearance.”

The Gothic typeface appears to have been a sans serifs style of font, that also appeared on the Remie Scout Model in the 1930s.

Two pages of the letter are included below: 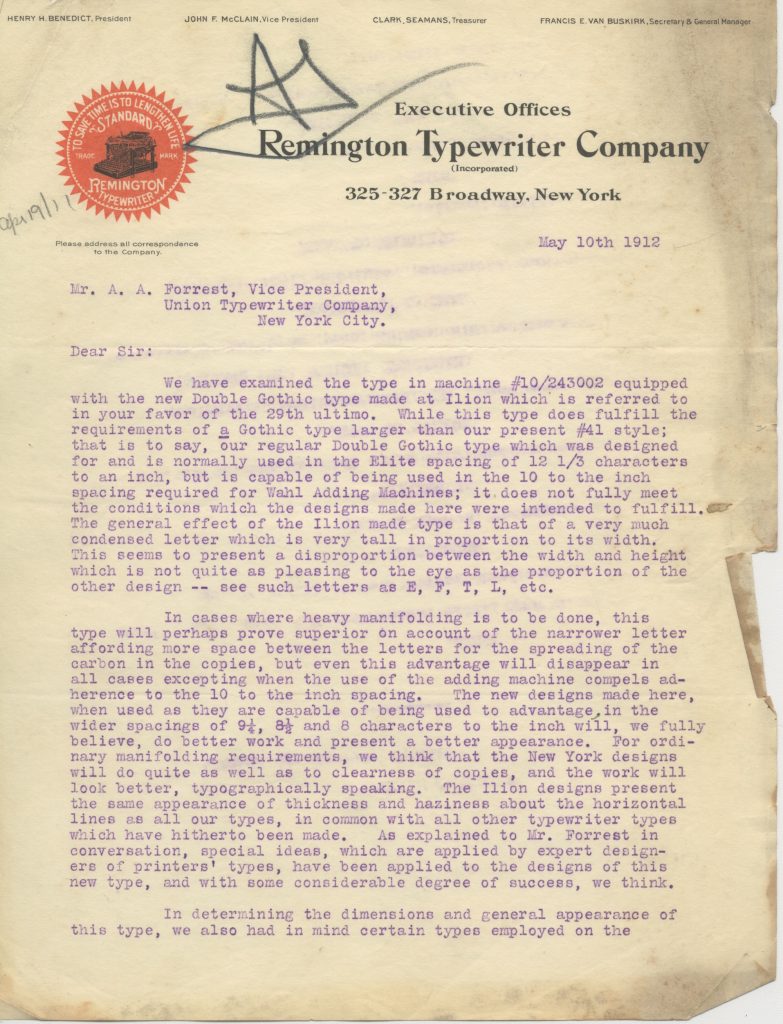 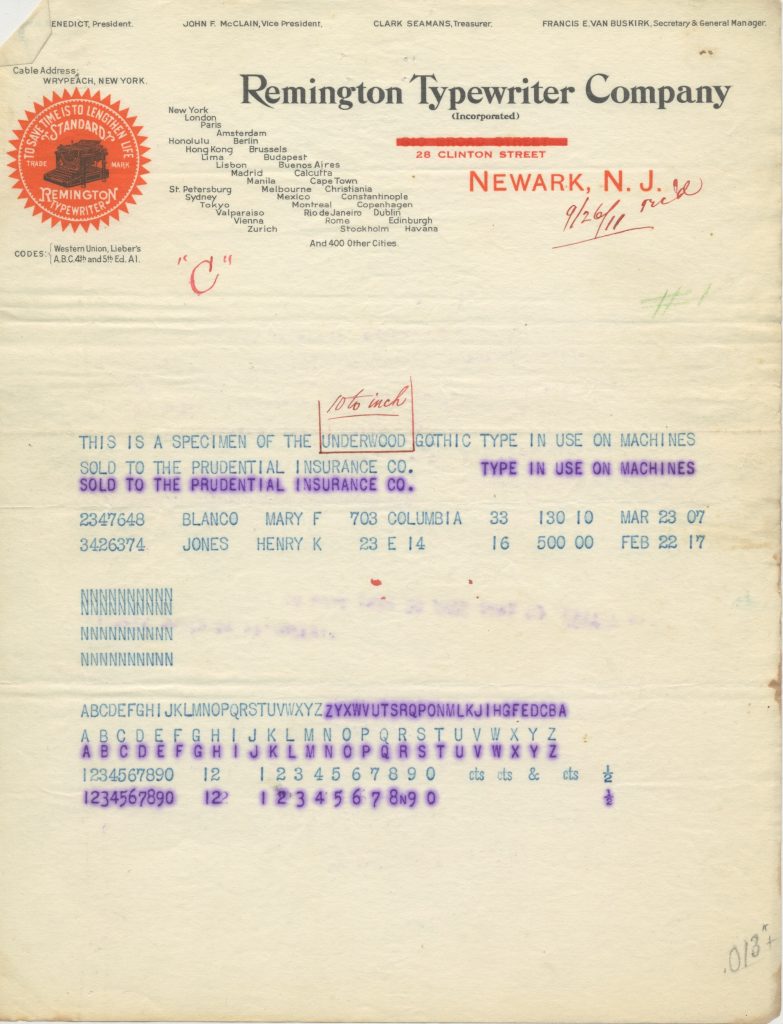