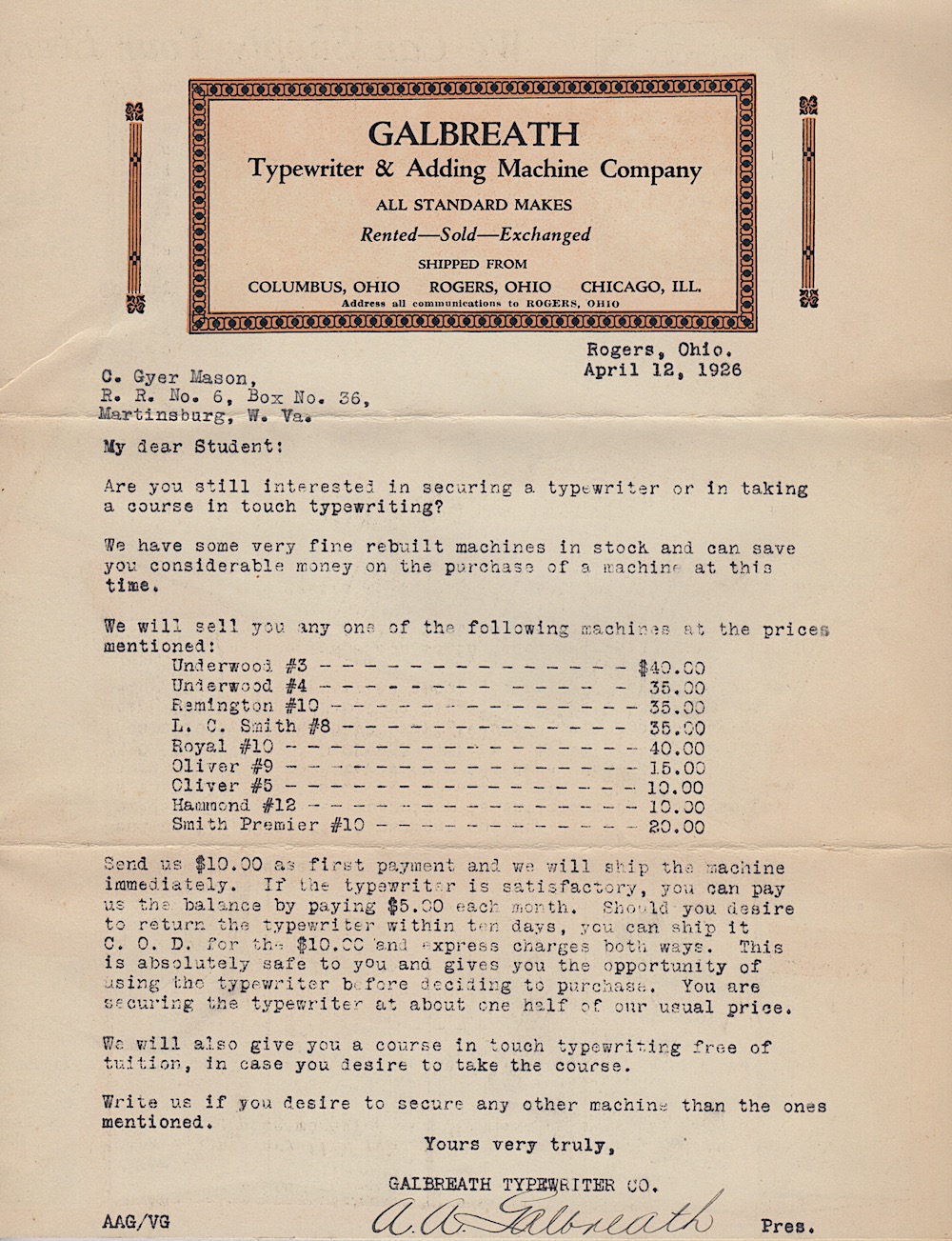 The market for rebuilt typewriters was brisk in the 1920s, evidence that manufacturers could scarcely keep up with demand. Factory rebuilt machines afforded consumers opportunities to own a typewriter at a discount, and students were often targeted.

In 1926, a C. Gyer Mason received an advertisement from Galbreath Typewriter & Adding Machine Company in Rogers, Ohio, pitching rebuilt typewriters. “My dear student,” began the typewritten portion of the mailer, “Are you still interested in securing a typewriter or in taking a course in touch typewriting? We have some very fine rebuilt machines in stock and can save you considerable money on the purchase of a machine at this time.”

Mason must have been interested in a machine, for he kept the envelope and mailer, which are featured in this post. Then, his family kept the keepsake, until finally it ended up on eBay and subsequently my collection. Whatever machine he purchased, if he purchased one, he certainly could have gotten a good deal. A Hammond #12 sold for as little as $10.

The mailer is pre-printed card stock, the inside pages including both typewriters and business machines. Evidently, Galbreath mailers had one design, which served both students and businesses.

Note: Click on images, including the one above, to view larger files. 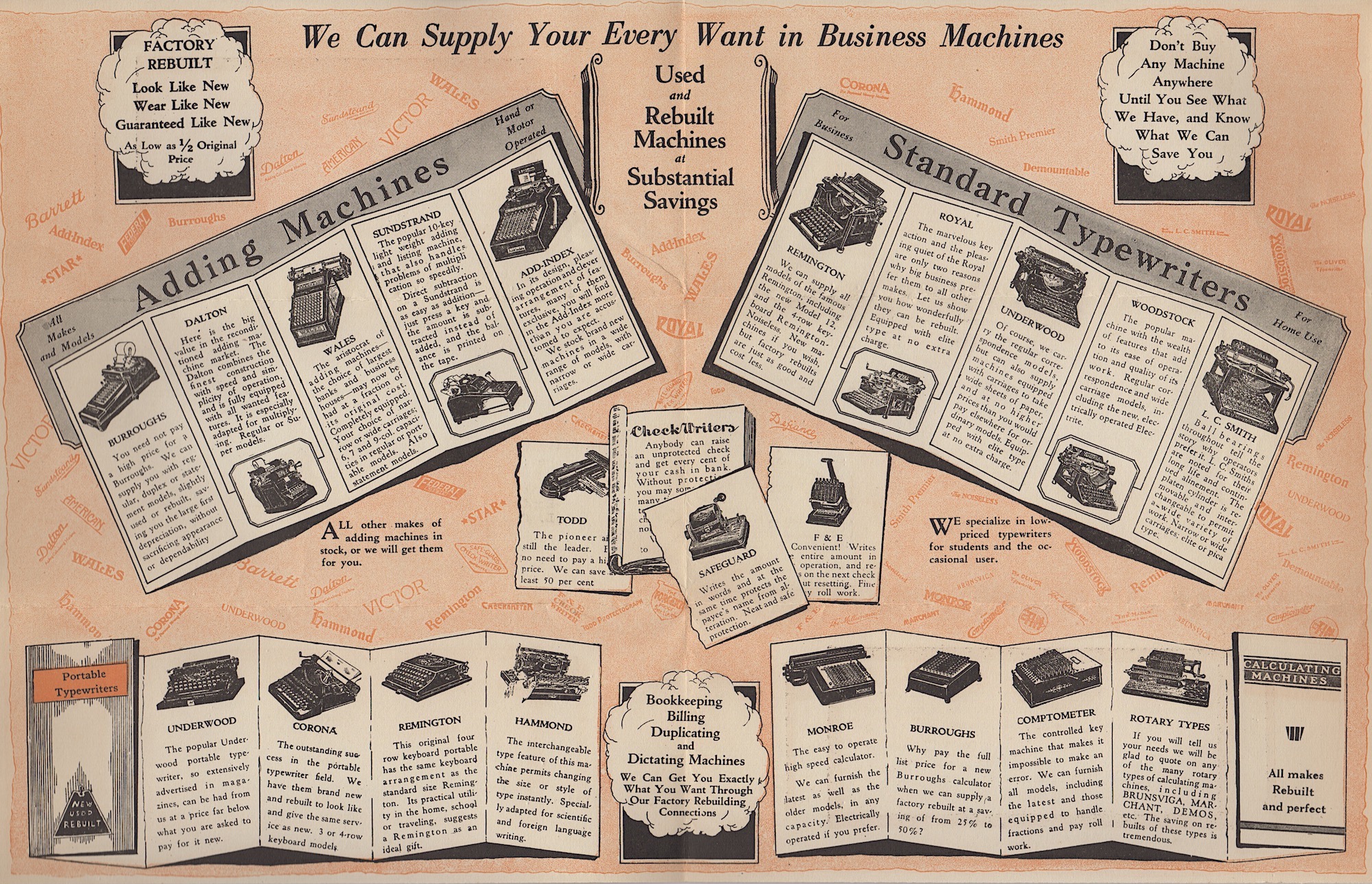 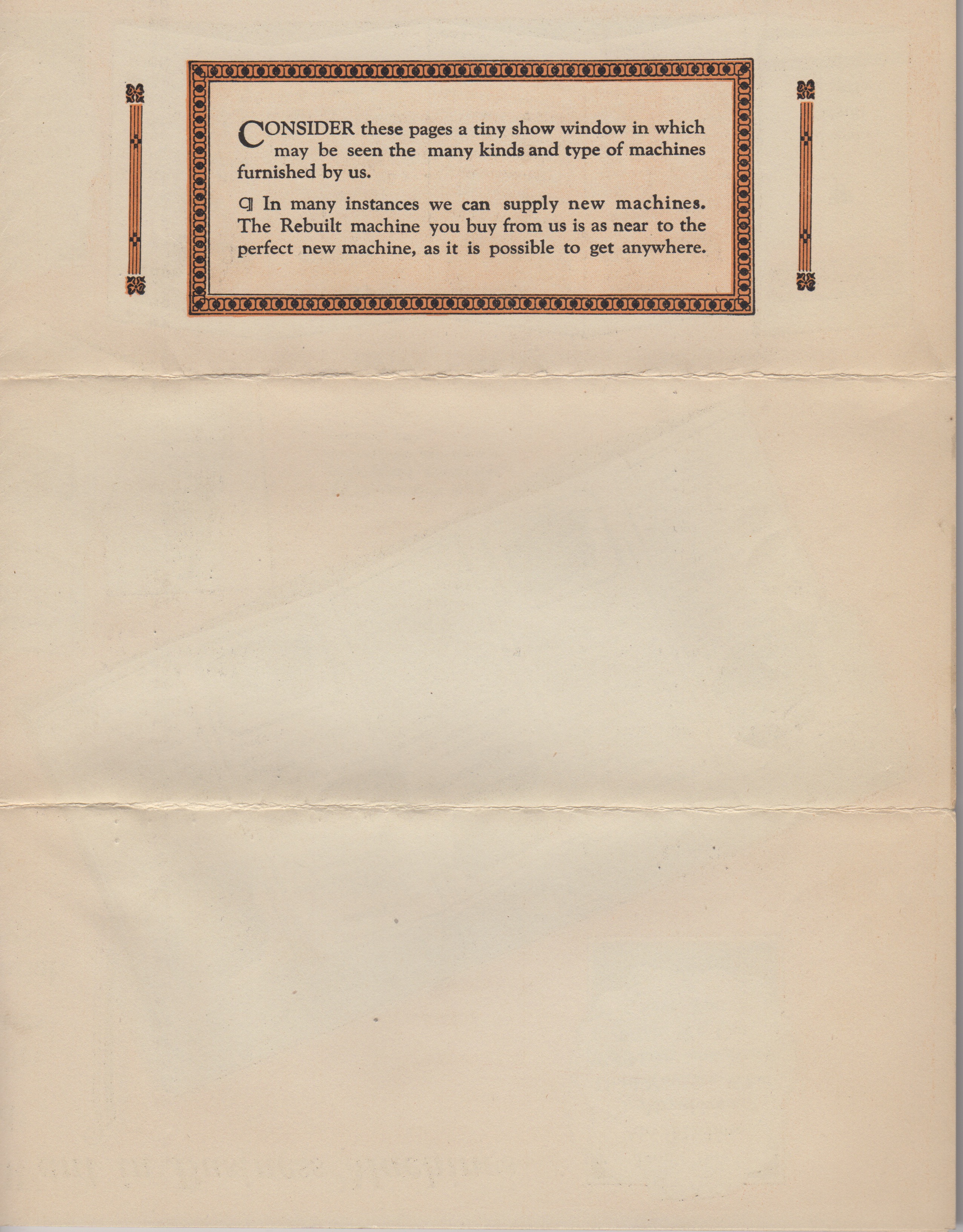 A bit about Galbreath:
Asher A. Galbreath was a known quantity, and his biography can be located on Wikipedia (see here). A man of diverse skills, he served in political office and as president of the National Typewriter Company. In elected office, he rose as high as state senator. The typewriter company bearing his name seems to have thrived from 1918 through 1948, extending several years past his death in 1935.

An early advertisement from 1918 – 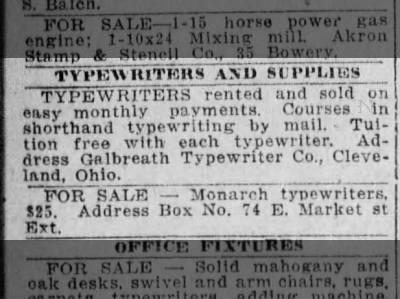 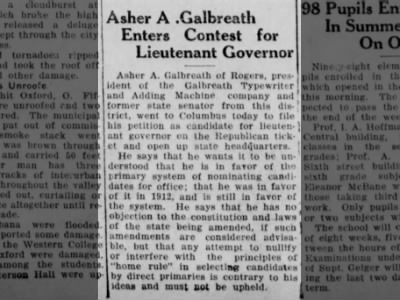 One of the last advertisements I could find for Galbreaths, dating to 1948 – 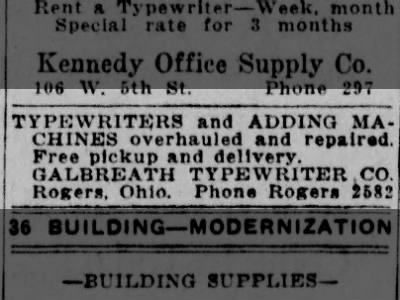