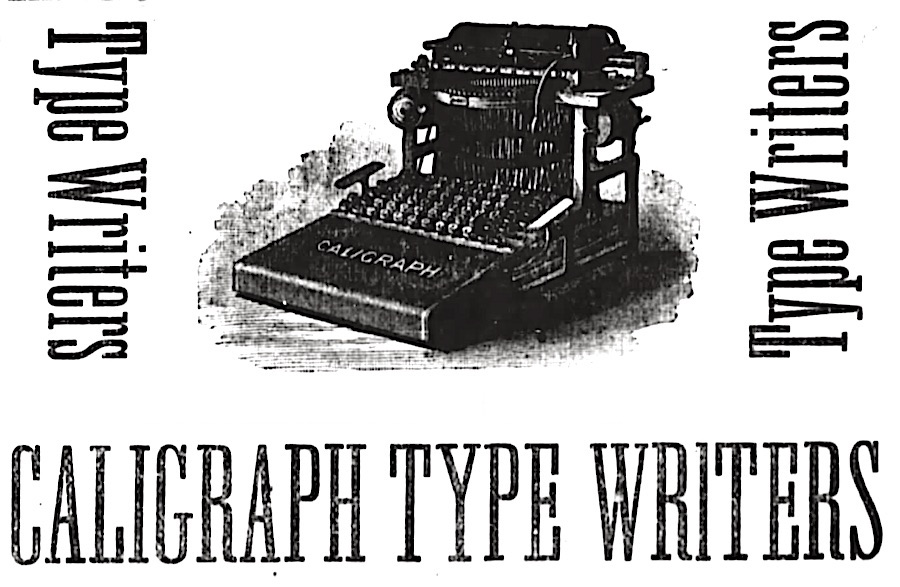 Historians have observed that if the American Writing Machine Company had been successful with the Caligrpah, we wouldn’t be collecting typewriters. We’d be collecting caligraphs. Only, I’m not persuaded. The Caligraph may well have been good invention, but it was not ideal.

Throughout the 1800s, inventors advanced hundreds of designs for mechanical writing machines, and some were quite exceptional. Consider the Hansen Writing Ball, which preceded the Type Writer by a few years. The Writing Ball was well made, but not so well designed as to establish itself as the market leader. Instead, the simplicity and functionality of the Sholes & Glidden, with QWERTY keyboard, dominated the field.

The Caligraph and Writing Ball were close seconds.

In the early 1880s, though, the dominant design had not yet been decided, and many retailers pushed hard for the Caligraph. Wrote one sales agent, “Pen paralysis comes to those who use the pen and ink process. When such men have to discard the pen they resort to the Caligraph because it is so easy to learn, needs no repairs, and produces the best work.”

If only the Caligraph could have realized those claims.

Postscript: By 1887, the “Type Writer” was so dominant that even the Caligraph became a “type writer,” as in the image at the top of this post, from an advertisement in the Dallas Daily Herald (Dallas, Texas), June 29, 1887.