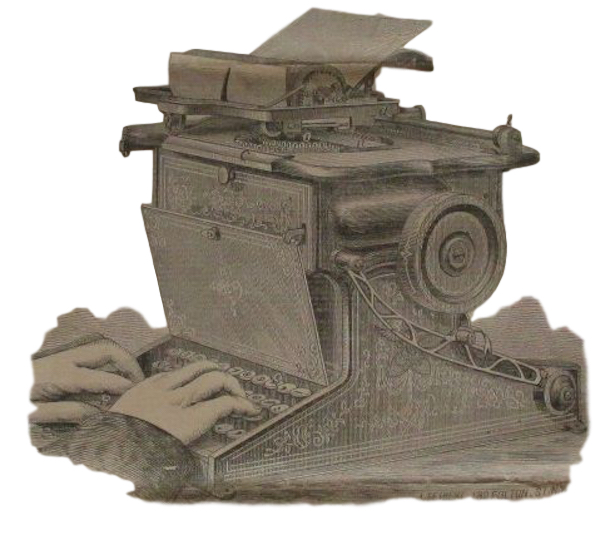 My eBay budget is somewhat limited, but when I see items like the ones below, I am sorely tempted. Generally, I stay in the shallow end, admiring rare machines from afar, but, oh, to place the winning bid! 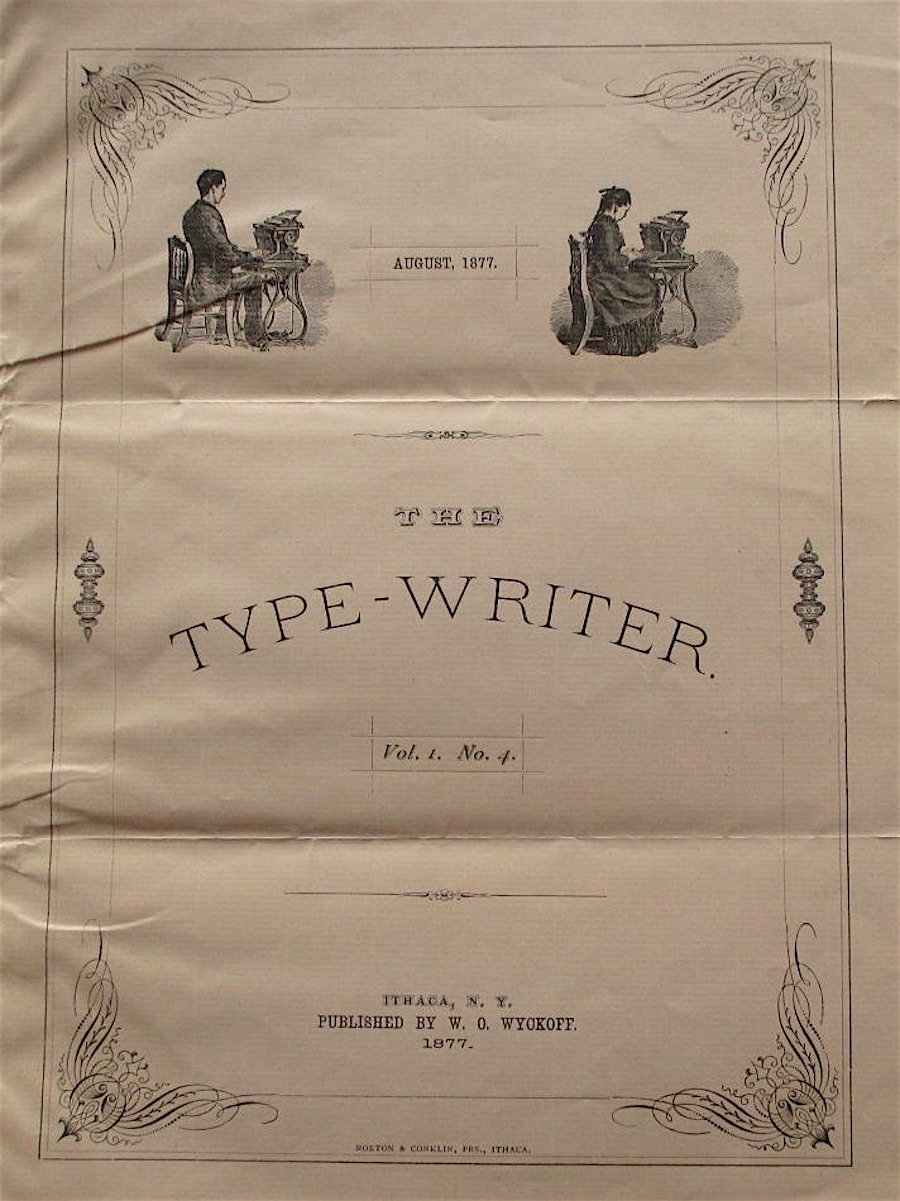 The Sholes & Glidden, known variously as the “Type-Writer” or “Type Writer”. 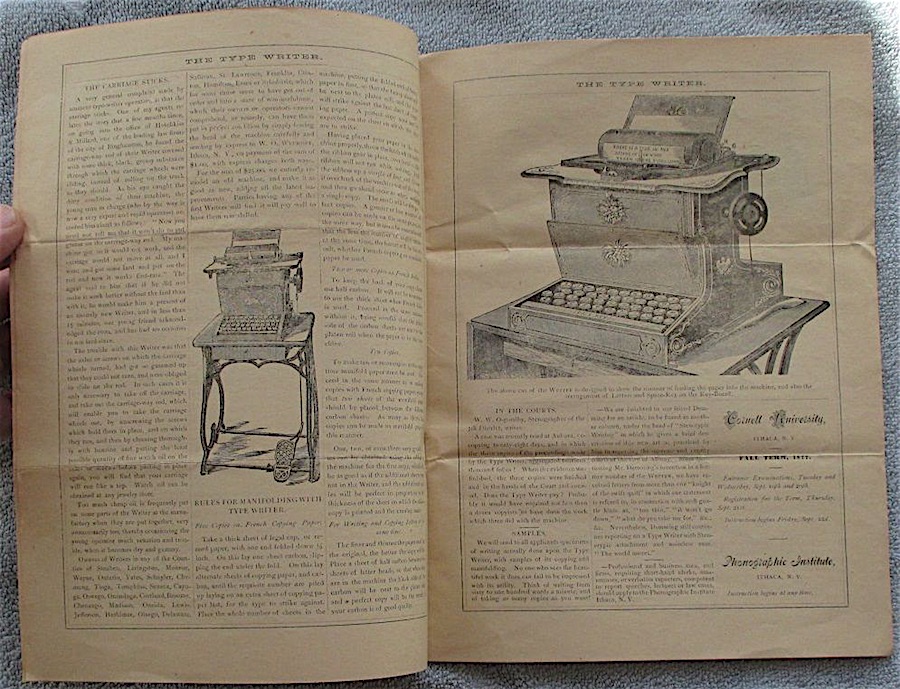 Wow. Absolutely, wow. Did anyone know that W.O. Wyokoff published a typewriter periodical in the late 1870s? This 12-page newspaper, dating to Aug. 1877, was lately offered on eBay. It sold for $1,200. To note, it is number 4 of volume 1. How many others are out there? NB: This publication predates the Remington Typewriter Company. 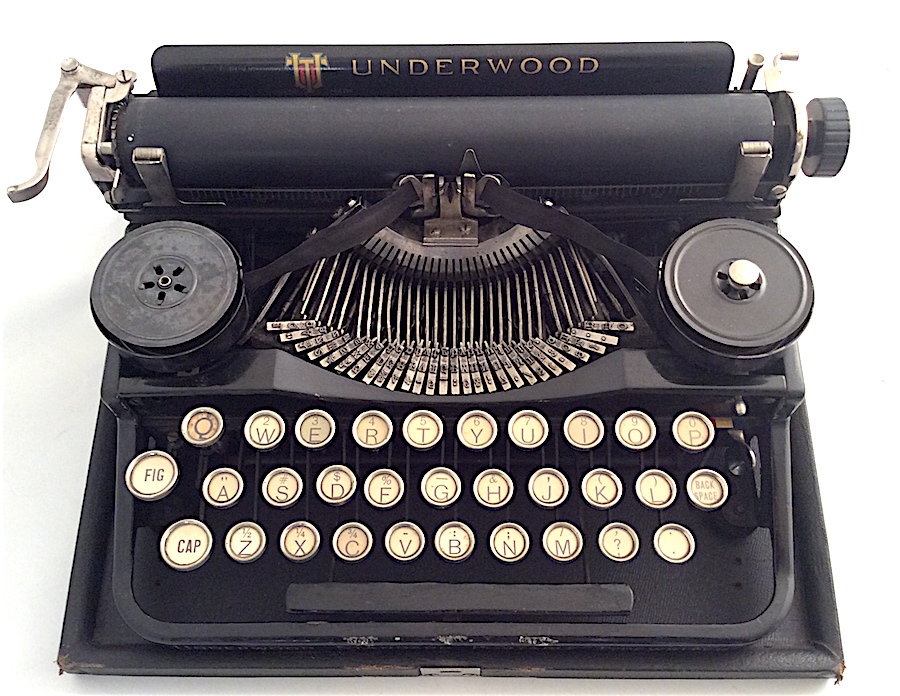 My machine has a low serial number of 537, but that is not the lowest out there. 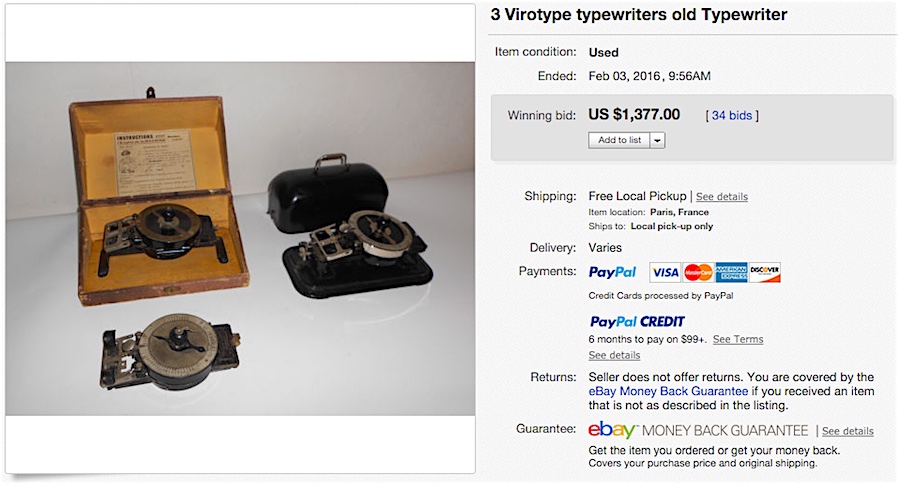 Local pickup only from Italy, but the seller was accepting international bids.

The Virotype is on my most wanted list (a mental list that changes regularly), and when I saw this listing, my jaw dropped. One might sell for over a grand, but three? The Italian seller advertised local pickup only, which may have dissuaded some bidders. I e-mailed him, and he noted that he would ship overseas ultimately. The three sold for around $1,400. 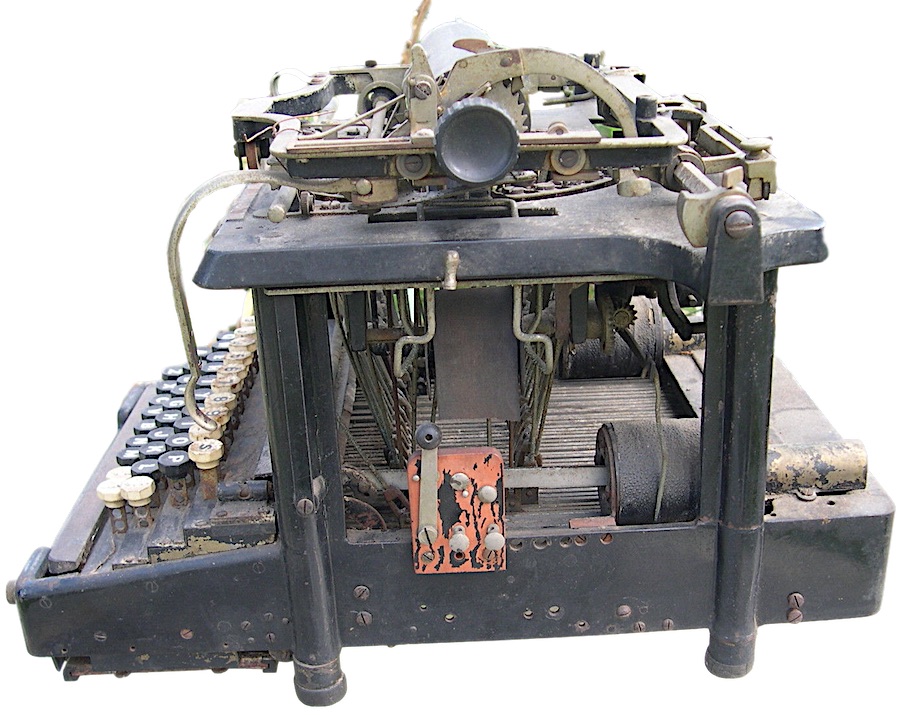 All I will say about this machine is SUBSCRIBE TO ETCETERA if you are not already a member. In my estimation, the machine above, sold last year on eBay, is one of the most remarkable finds of the 21st century. Absolutely electrifying.

How dost thou price thy typewriter?
Oh, Brother! De Luxe sells for $620!
Correction
How not to sell a typewriter