A notice from The Speaker (1897), announcing an article on the evolution of the typewriter:

The article was published in The Strand… but a romantic story? If by “romantic” the publisher meant “exotic,” perhaps. It emphasizes artistic uses of the typewriter — drawings and such — and only minimally on practical applications.

Some of illustrations are indeed “romantic” — 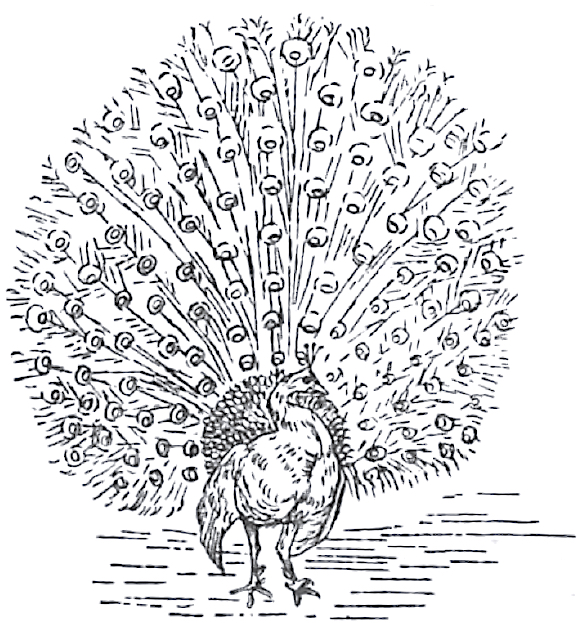 Explains The Strand, “No one who has not tried to make these pictures on a typewriter can understand how difficult they are to do… The tail of the peacock is made of small o’s and small parentheses inside of large parentheses, combined with straight and oblique lines, while the based of the tail is made of a mass of small o’s and parentheses.” 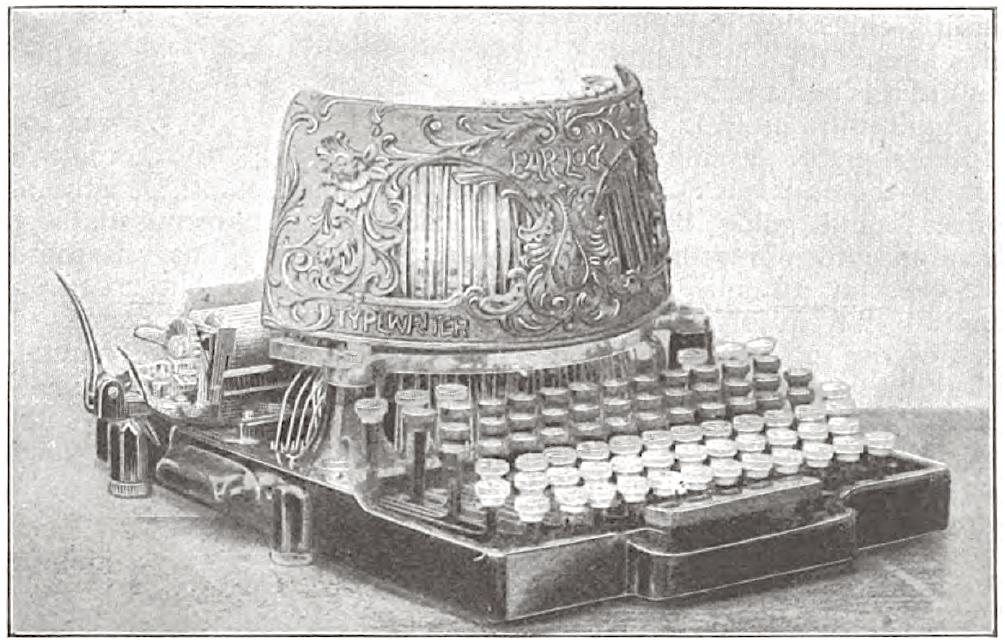 Evidently, even though two decades had passed since the introduction of the first practical typewriter, the Sholes & Glidden, the typewriter was still a novel machine, still very exotic to people. That the typewriter would revolutionize communications was not yet fully appreciated, though the idea was apprehended. After describing some fanciful machines (a typing glove, for example!), The Strand writes:

But after all, leaving for awhile these “fancy machines” and going back to the “common or garden” typewriter of commerce, the question naturally suggests itself — “cui bono?” “What is the use of spending time and energy in learning to work a machine when the pen will do the same work well enough?” Aye, but will it? There’s the rub. Even a moderately quick writer with the pen will find considerable difficulty in keeping up, for many hours at a stretch, a speed of more than twenty words a minute. An ordinarily quick operator [i.e. a typist] will easily treble that record, and that, too, without experiencing any undue fatigue.

The Strand sagely notes the pen will not disappear — “the fact of the matter is that the typewriter is to the pen what the sewing machine is to the needle. Needles are still manufactured by the under million…” — but, one day soon, the typewriter will be adopted by all.

It is difficult to appreciate that sense of novelty the typewriter evoked in those formative years, but it was quite a romance.