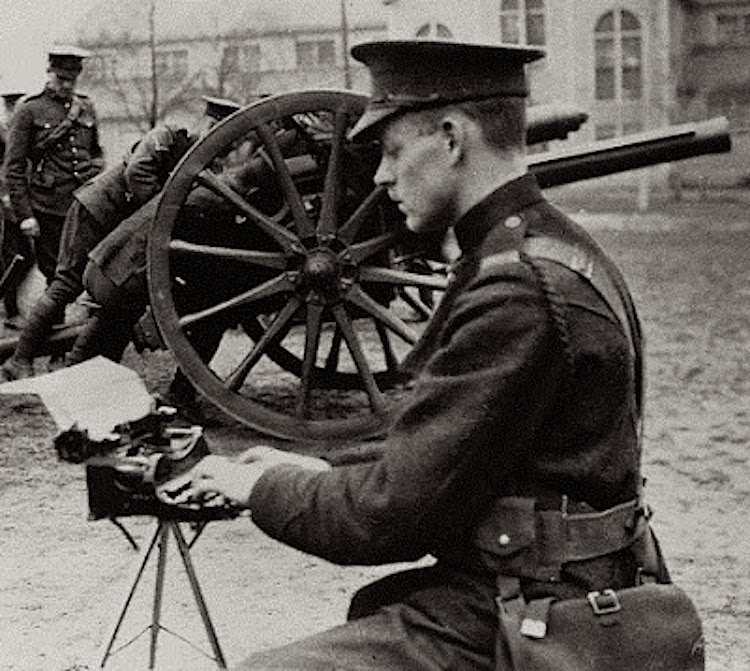 Soldier using a Corona 3 during World War I. Read about the tripod for this machine at oz.Typewriter.com (see here).

While much has been written about rationing and retooling during World War II, not as much has been said about the war effort during The Great War. What impact did the war have on typewriter manufacturing?

Based on contemporary accounts, it was not business as usual:

In 1919, The Wall Street Journal quoted an unnamed editor for Typewriter Topics, saying: “Production has increased probably 100% since 1909. Output, however, is much below demand, and will continue for some time. During the two years that we were in the war the Government took 75% of the American output. Since 1914 practically all typewriters going abroad have been for use by the various European governments. Business life has been starved as to typewriters for almost five years.”5

The editor estimated that some 875,000 typewriters were produced world-wide, and the vast majority — some 775,000 machines — were produced in the United States. He offered the following breakdown:

The editor estimated that Germany’s output before the war was 200,000 machines per year. 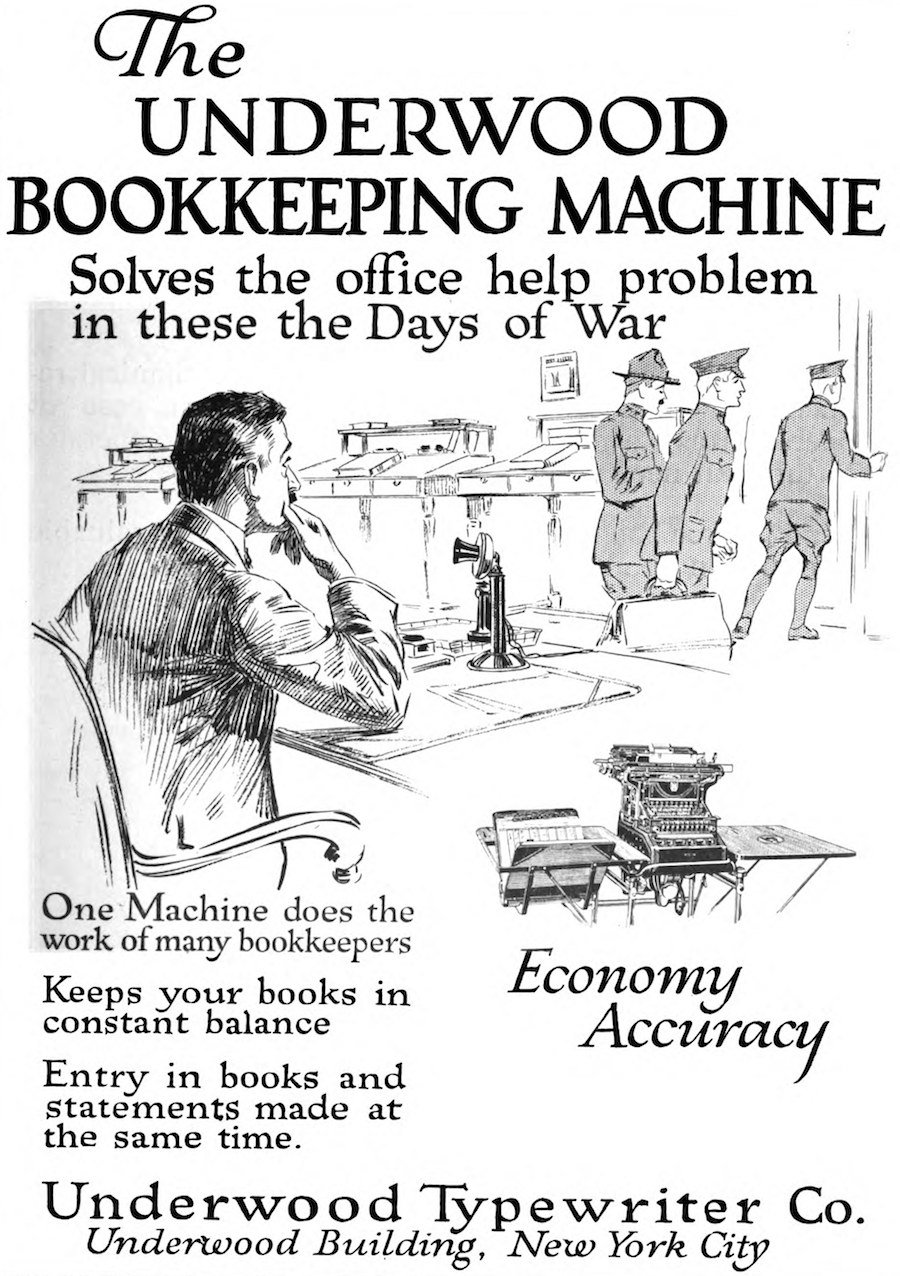 Labor efficiency was crucial during the war and typewriter manufacturers capitalized on this point. Advertisement from a 1918 Typewriter Topics issue.

After the war, American industry grew, but not without convulsions. Raw materials were sometimes hard to acquire as supply channels strained and labor conflicts grew. The Molle Typewriter Company, which after the Armistice lost a 10,000 machine order from the U.S. War Department, noted in a stockholders report that metal was nearly impossible to acquire, as steelworkers were on strike. The company never produced very many machines — some speculate as few as 7,0006 — and post-war conditions may have contributed to Molle’s demise. (That the Molle No. 3 was a large, three-bank machine didn’t help either.)

What, besides insufficient supplies of raw materials, could have kept these companies from meeting market demands?

What I’ve presented is anecdotal, but evidence suggests that the conflict and post-war conditions significantly impacted typewriter manufacturing. It’s possible that smaller companies struggled to acquire raw materials, and this may account, in part, for failures in the 1920s. Larger companies, like Remington and Underwood, seem to have struggled too.

As we continue to commemorate the 100-year anniversary of the start of the Great War, further research in this area is vital.

Postscript: Robert Messenger at oz.Typewriter offers some fine accounts in the following posts —

Feel free to post more links on this topic in the comments section.