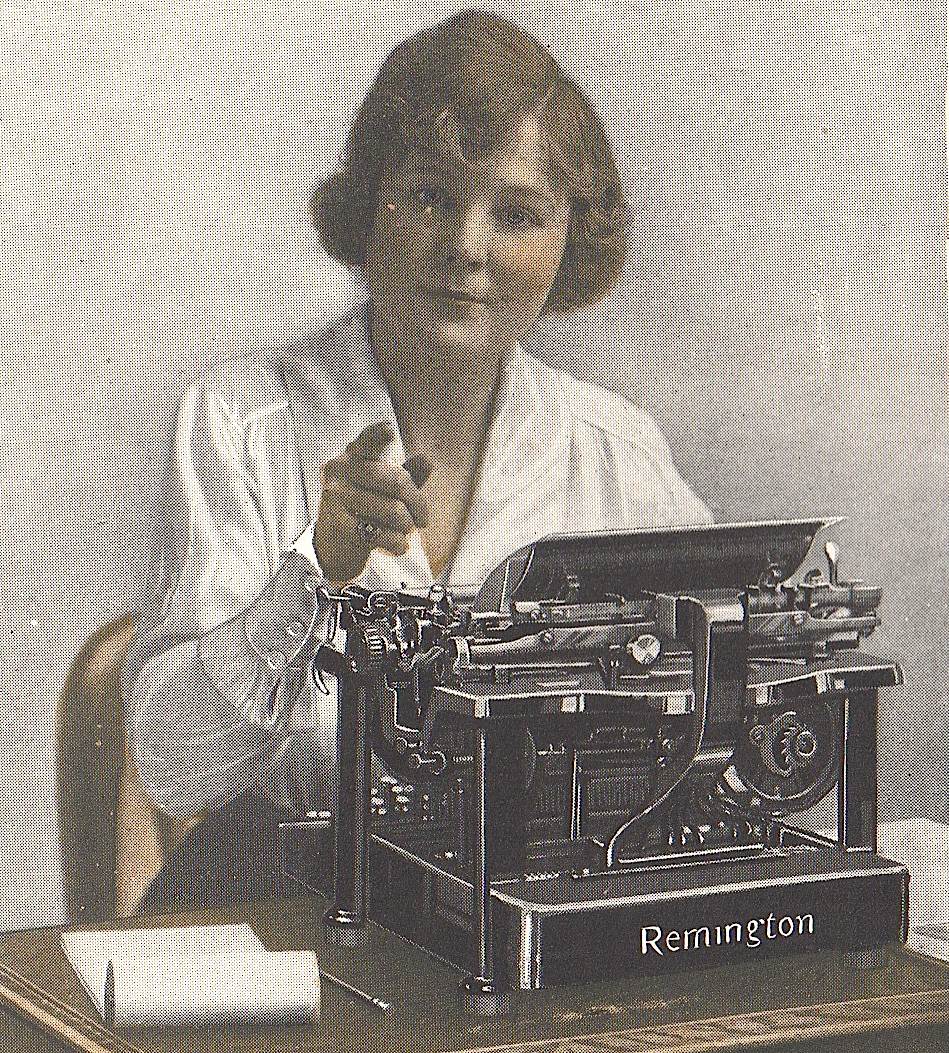 The role of women in the First World War was limited, but an edition of Remington Notes (Vol. 4, No. 7, 1918) observes that women were indeed playing a greater part.

War is something that used to be regarded as exclusively man’s business. But we know better now. I don’t know whether war has changed or whether men and women have changed. Perhaps both have changed. But one thing I do know, and everybody knows, and that is that THIS war cannot be won without the women.

Noting that 17 percent of male clerical workers had gone off to war,1 she observes that “we are suffering from all kinds of waste, and in particular from clerical time and labor waste.” In Orwellian tones, she implores women to adopt the slogan, “War on time waste.”

If the preceding sounded a bit like the spec sheet for the Remington Model 10, well, I suspect it was lifted from such.

“And then the Remington Self Starter.” She continues, exhorting women (and the businessmen who purchased these machines?) to remember this proprietary key, a key that moved the carriage five spaces (like a modern-day tab key). “I have told you and proved to you,” she writes, “that this one feature saves 15 to 25 per cent of time in letter typing. Do you realize what it would mean if every letter typed in the country could hereafter be typed on the Self Starting Remington? That one item of labor saving would go far to relieve the country’s clerical labor shortage.”

How despotic the “Self Starter” key was for the typist of the early 20th century! It appears it was not simply an improvement of functionality, but a means for haranguing workers on the value of good time management.

“This great war will end sooner or later — let us hope soon,” opines Miss Remington. “But lots of things that the war has caused will not end when the war ends. One of these is the war on waste and in particular the war on time and labor waste… Do not forget that our very profession is based on the time savings idea — that’s the reason we are here. And the more time we can save, the more useful we will become.”

Remington Notes was a house publication for stenographers and typists; it’s circulation totaled 250,000 in 1918.