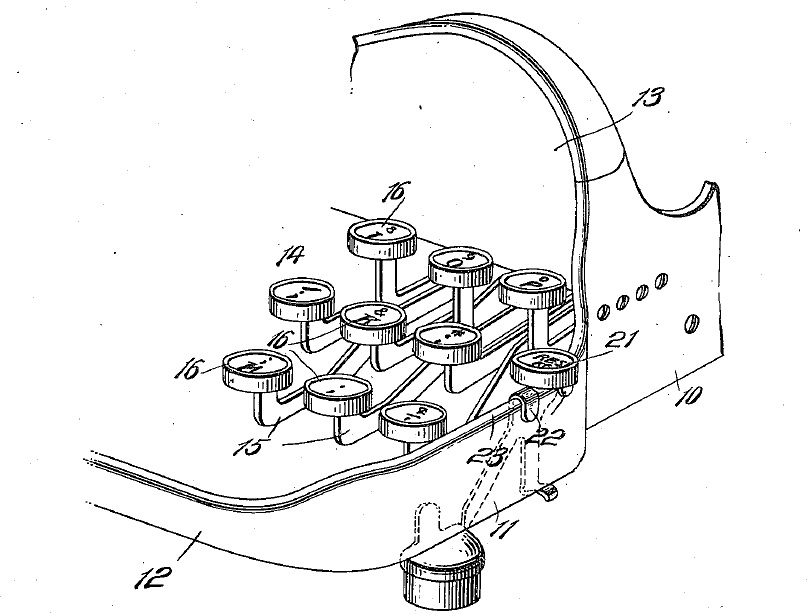 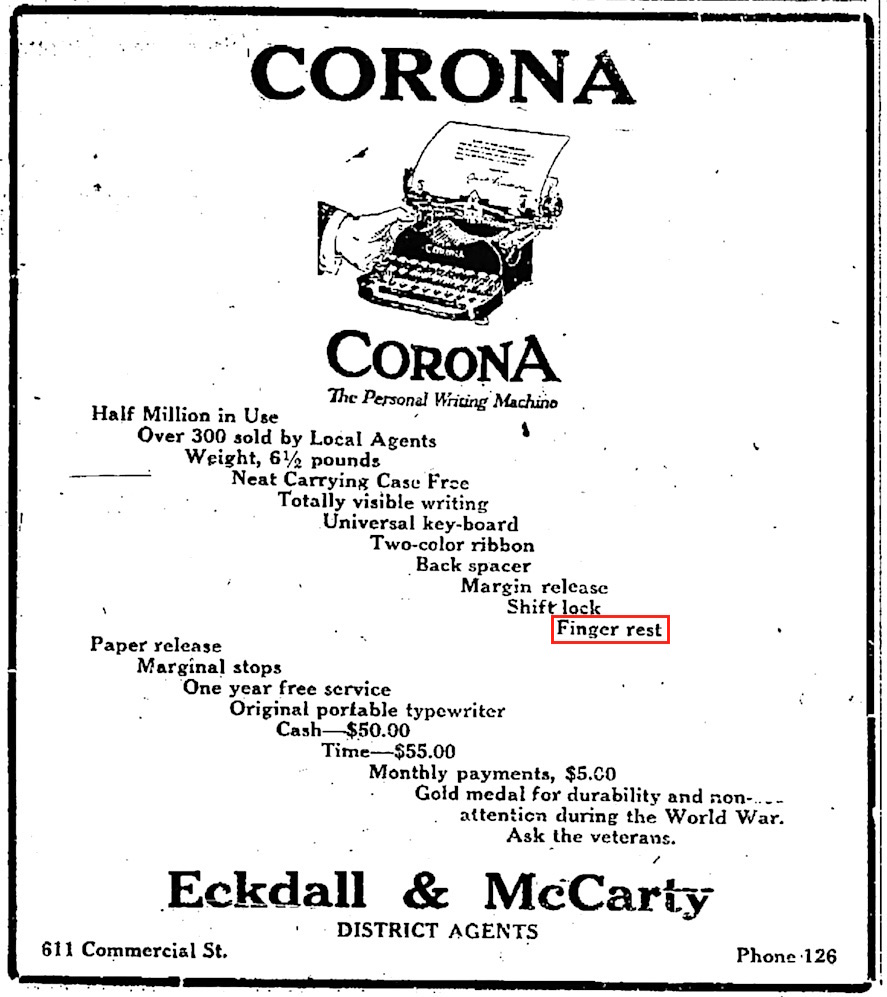 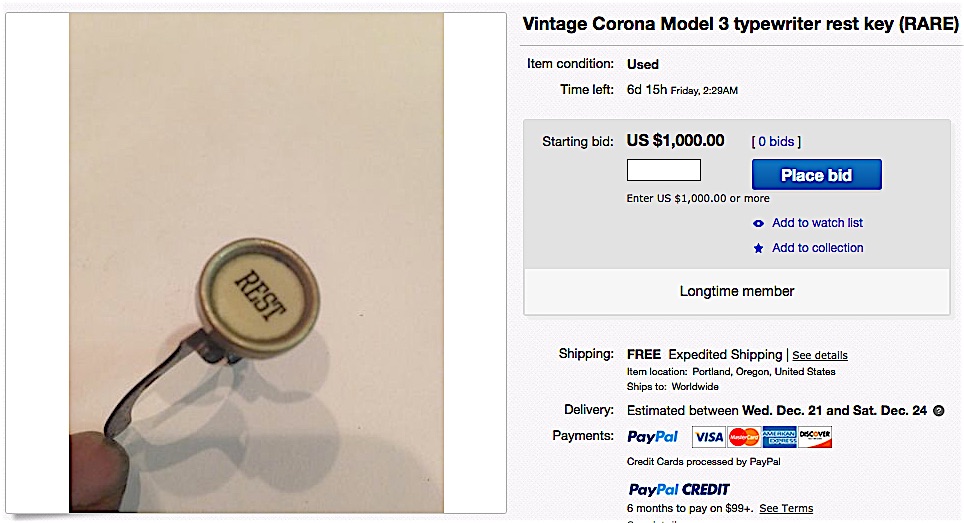 What made it unique
A very early Corona 3, ser. no. 20226
Carmona's typewriters
Oliver T. Eddy's typewriter