The mill chatters in mechanical staccato 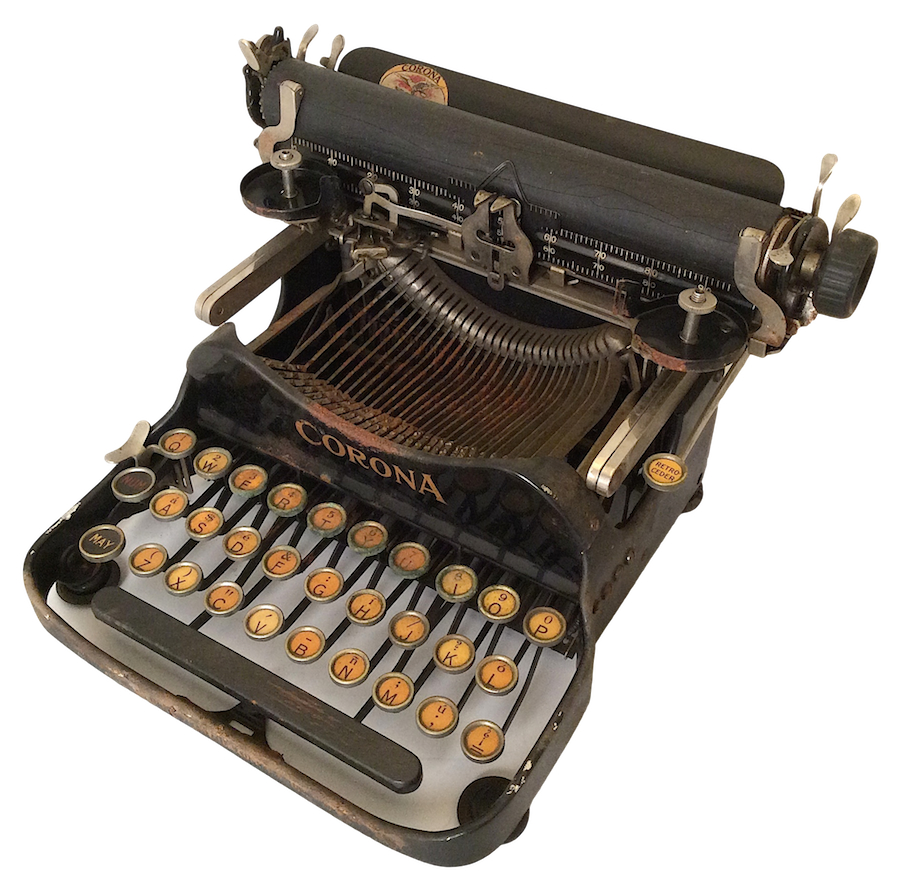 Ernest Hemingway acquired his Corona No. 3 in 1921, finding it a remarkable writing instrument. Upon it, he composed the Nick Adams stories and some poems. One of the poems, “Mitragliatrice,” pays homage to the Corona: 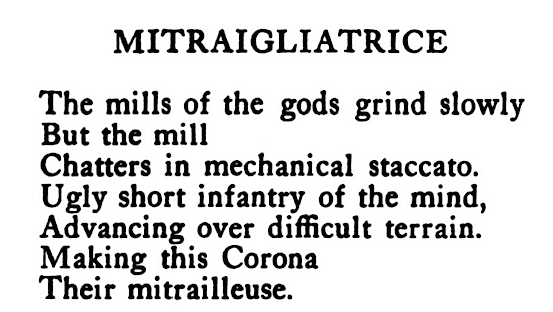 I must confess, I am struck by the militaristic imagery of the poem — note, a mitragliatrice is a type of machine gun. One imagines the poet committing violence with words, but opposing what? Struggles of a mind traversing “difficult terrain”? Struggles for words which the mind cannot speak? And yet they come quickly — in “mechanical staccato.”

Such was Hemingway’s style.

It was an illiterate man named Jesse Hallam who introduced Hemingway to me. Hallam was a miner from Kentucky, who immigrated to Cincinnati, to seek medical treatment for his young daughter who needed back surgery. Not being able to read threw him into difficult terrain, and he struggled to find the necessary work to support his family. Then, he sought literacy through adult education, and he came upon The Old Man and the Sea, by Ernest Hemingway. He seemed to understand the struggle of the Old Man.

This story, of course, played out upon the little screen, in a made-for-TV movie called The Pride of Jesse Hallam, which aired in 1981. Johnny Cash played the protagonist; this was finest acting role. Thus inspired by Hallam, I decided to read The Old Man and the Sea myself, but found it slow going. At eleven years old, I simply could not appreciate the protagonist’s struggle. To this day, I admire the story vicariously through the tenacious mind of Jesse Hallam.

Detail enlarged, from the logo on the paper table.

Regarding the Corona 3, I cannot say much that has not already been said. It evolved from the Standard Folding No. 1 and No. 2 typewriters, which were aluminium-framed machines produced by the Standard Folding Typewriter Company. That company managed production for only a short period in the early 1900s, before being acquired by Corona in 1912. It went on to become one of the more successful writing machines of the 20th century. Some 600,000 were manufactured.

A rather interesting perspective on this machine is offered by Caroline Preston for the Huffington Post (see here).

My machine dates to 1921 (the same year that Hemingway acquired his number 3), featuring a Spanish keyboard. It likely was purchased in the United States, as it displays a decal for the Liberty Typewriter Company of Philadelphia. Unfortunately, mine is not in working condition. 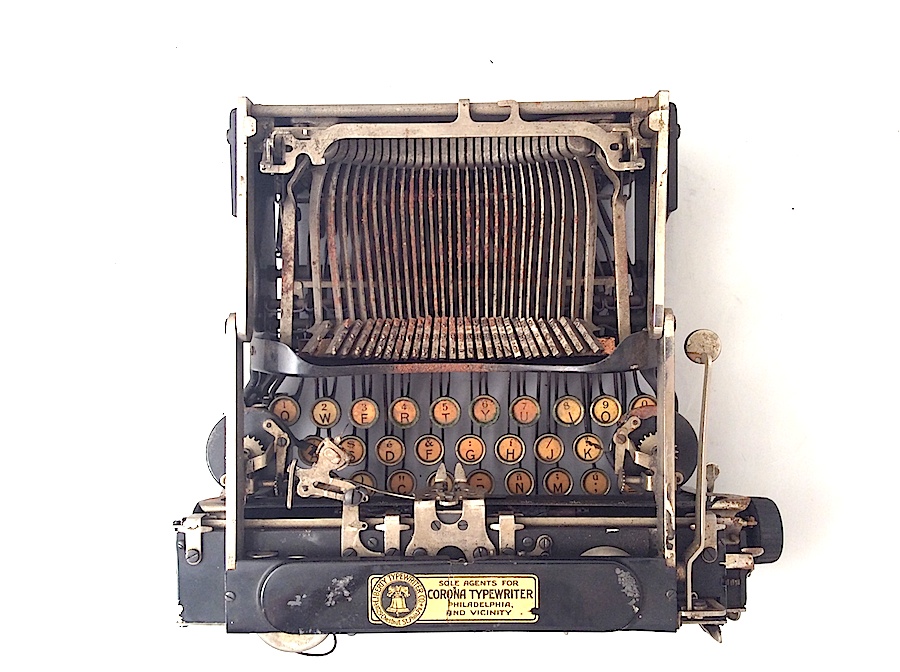 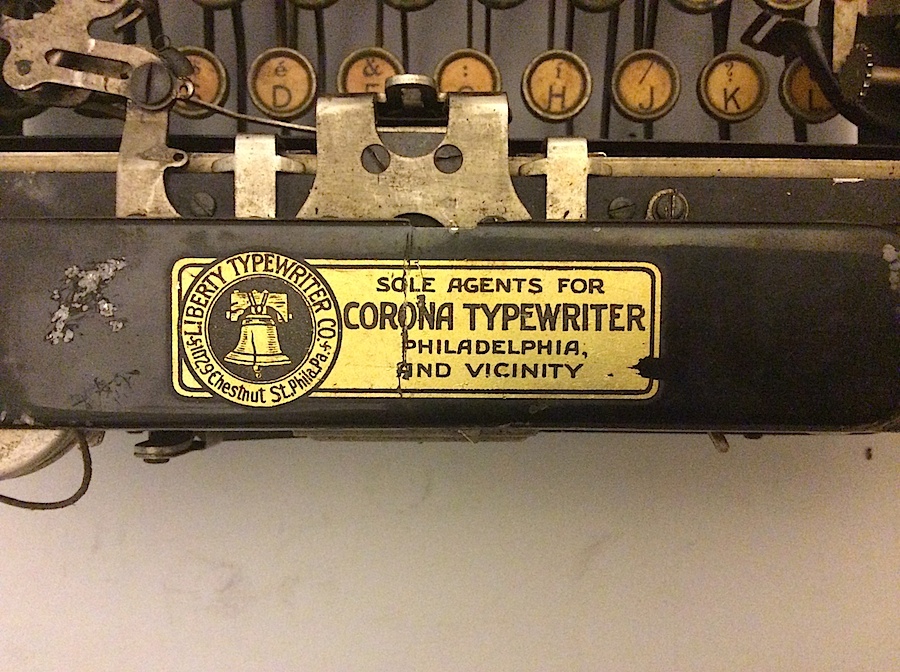 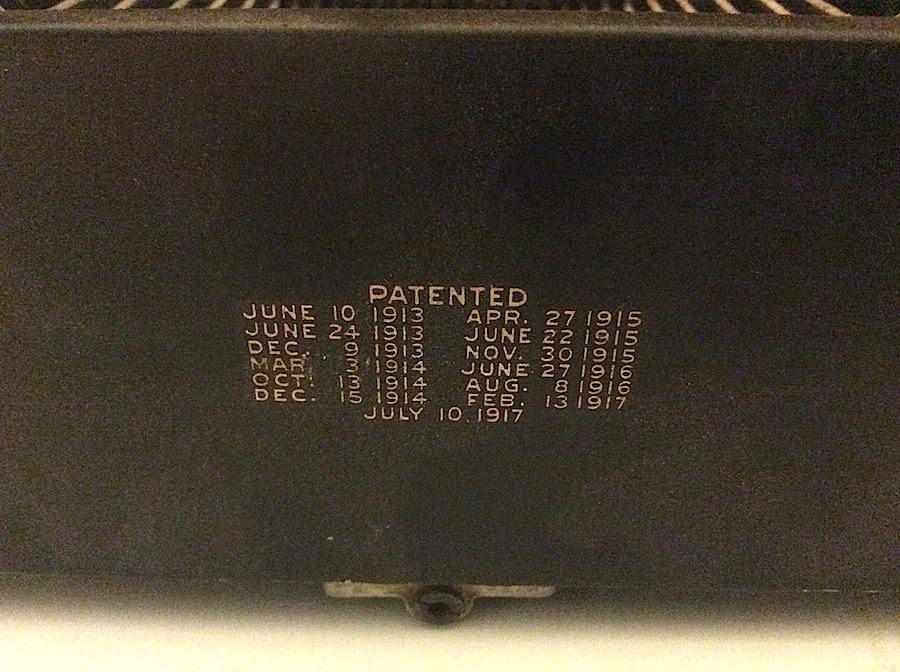 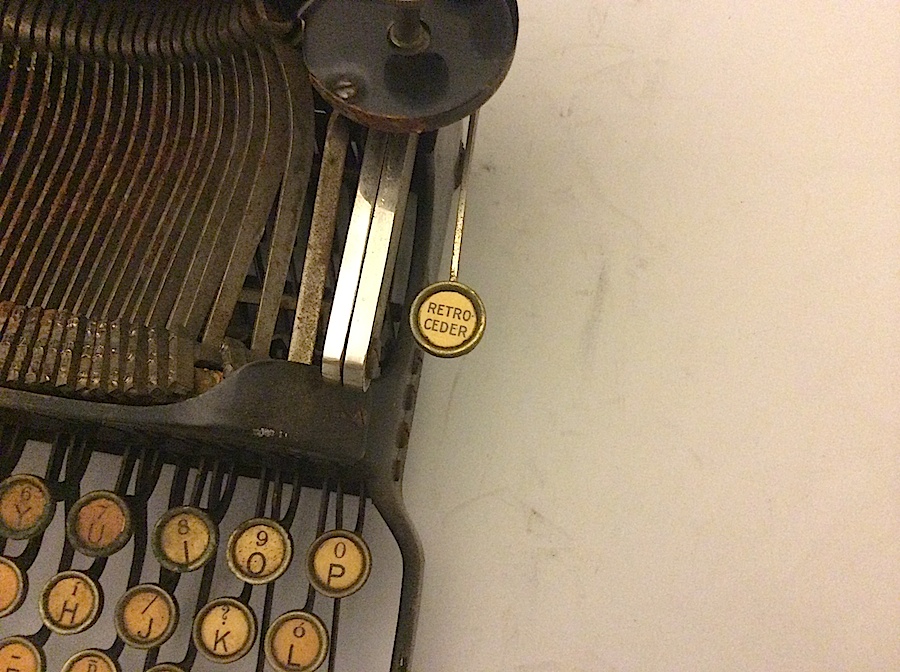 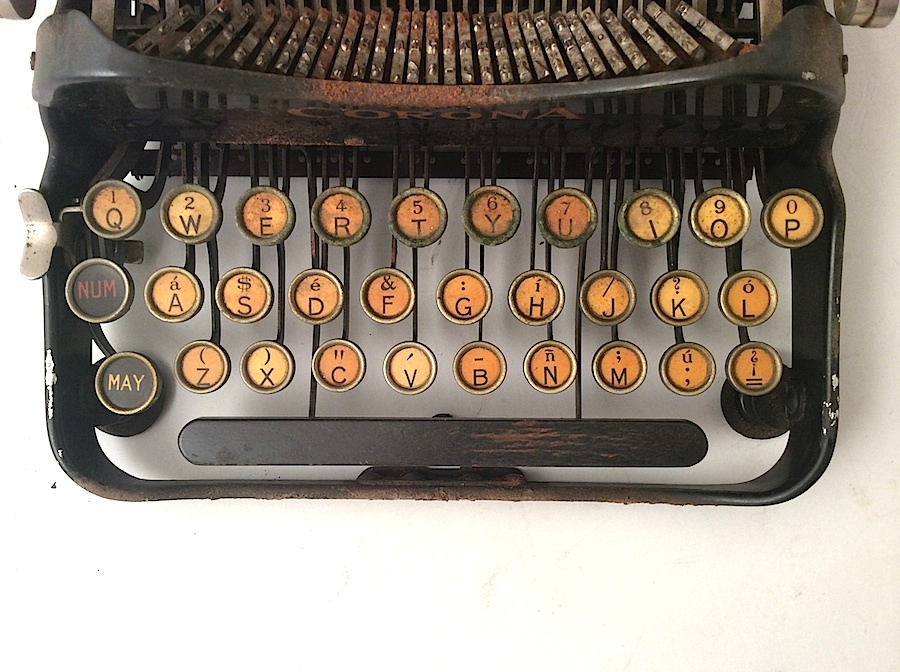 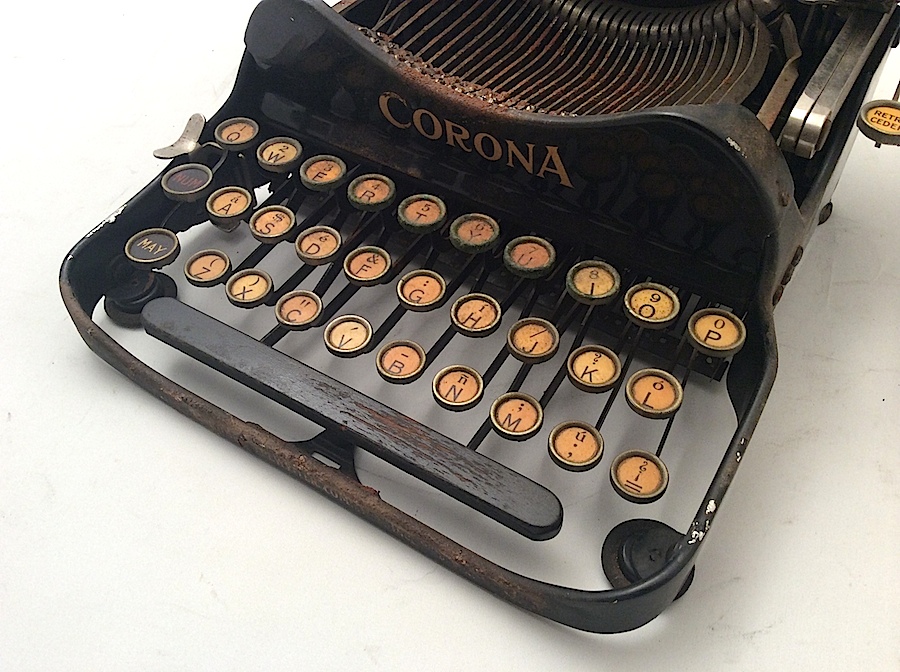 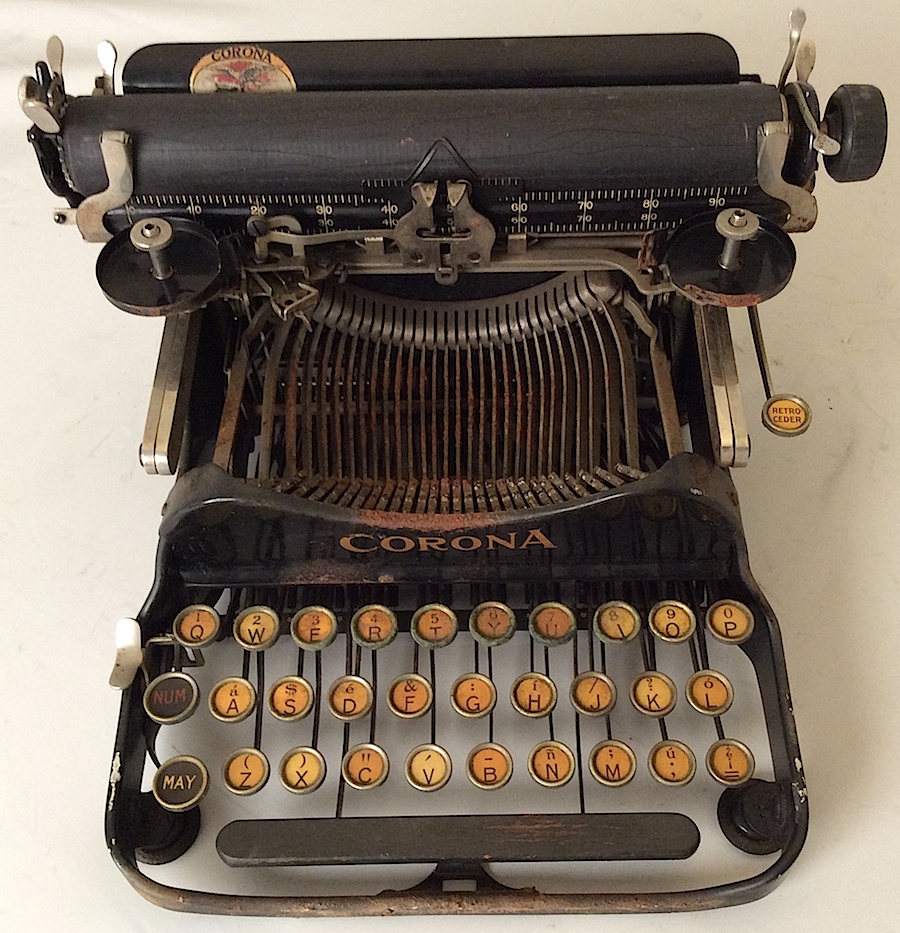 Next post: Over the top advertisements for the Remington Portable