What is retro anyway? 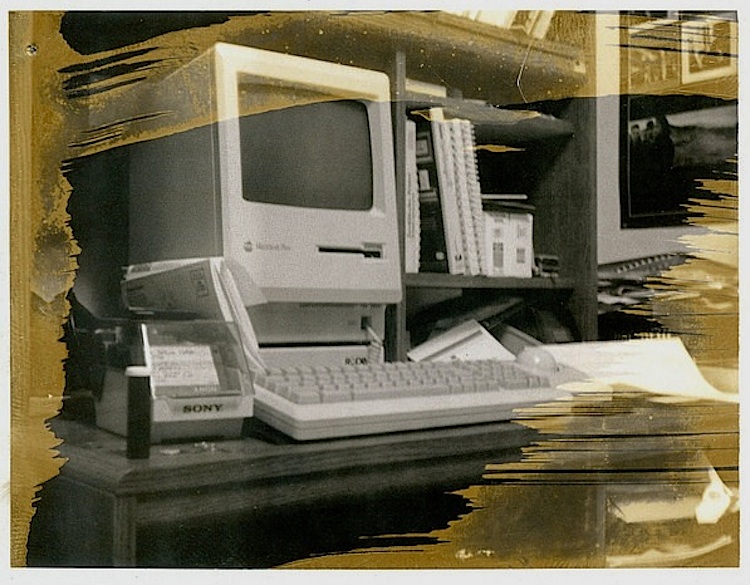 My Macintosh Plus, which I photographed in 1989, using an old Polaroid camera I found in the offices of The San Matean, a student newspaper at the College of San Mateo.

What could be more retro than writing on a manual typewriter? Well, one could use a fountain pen — or a quill. Still, one could write on an electric typewriter or an outmoded computer. I just read recently that the author of Game of Thrones, George RR Martin, does his writing on a DOS-based machine:

“I actually like it, it does what I want a word-processing programme to do and it doesn’t do anything else [e.g. automatic spellcheck]. I don’t want any help, you know?

“I hate some of these modern systems where you type a lower case letter and it becomes a capital. I don’t want a capital. If I’d wanted a capital, I’d have typed a capital. I know how to work the shift key. Stop fixing it.” — BBC News: Game of Thrones author George RR Martin: ‘Why I still use DOS’

My local typewriter repairman, John Sansone of Los Altos Business Machines, related that one of his customers prefers an “old” electric typewriter — a model that has a separate monitor — to anything else. Apparently, she buys spare machines for parts, as the motor tends to burn out. He sees her three or four times a year.

In 1997, while a college student, I pulled out my old Mac SE (not the machine pictured above) to write my senior thesis, in order to stay focused on the task. I churned out 90 pages on that machine, which had been in mothballs for five years.

In essence, retro is anything old, anything that is a throw-back to a bygone age. We are continually drawn back to a simpler time, when we felt we could keep up.