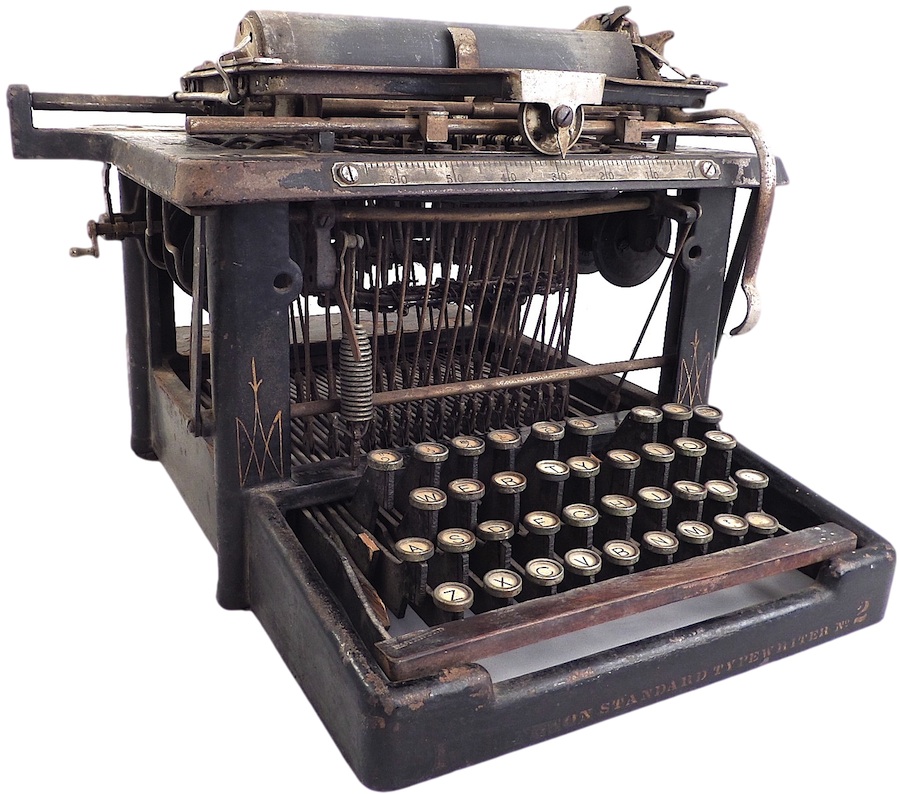 I envy future historians. If they want to write about the first-generation iPhone, they will have access to a plethora of information: news reports, reviews, user reviews, videos, blogs, etc. We typewriter historians have far less from which to work, as only occasionally did newspapers chronicle developments in the industry. A Dec. 15, 1888 report on the Remington Standard typewriter in Scientific American is an especially interesting example.

Previously, I posted the text and images from this article here, but now that I’ve acquired an 11×17 scanner, I offer scans of these pages too (see below).

One might sense deja vu reading this article. Aren’t these the same things we said about the computer in the later part of the next century? Indeed they are —

Among [the] advantages the foremost is, perhaps, that of accuracy.

Another advantage, which is no less important than that of accuracy, is that of rapidity.

Another advantage is the facility of learning to write.

Still another advantage is that of producing manuscript in duplicate.

In essence, the mechanical typewriter helped people to think, it was an extension of their intellectual minds. Indeed, the typewriter was, and is, a machine worth chronicling. 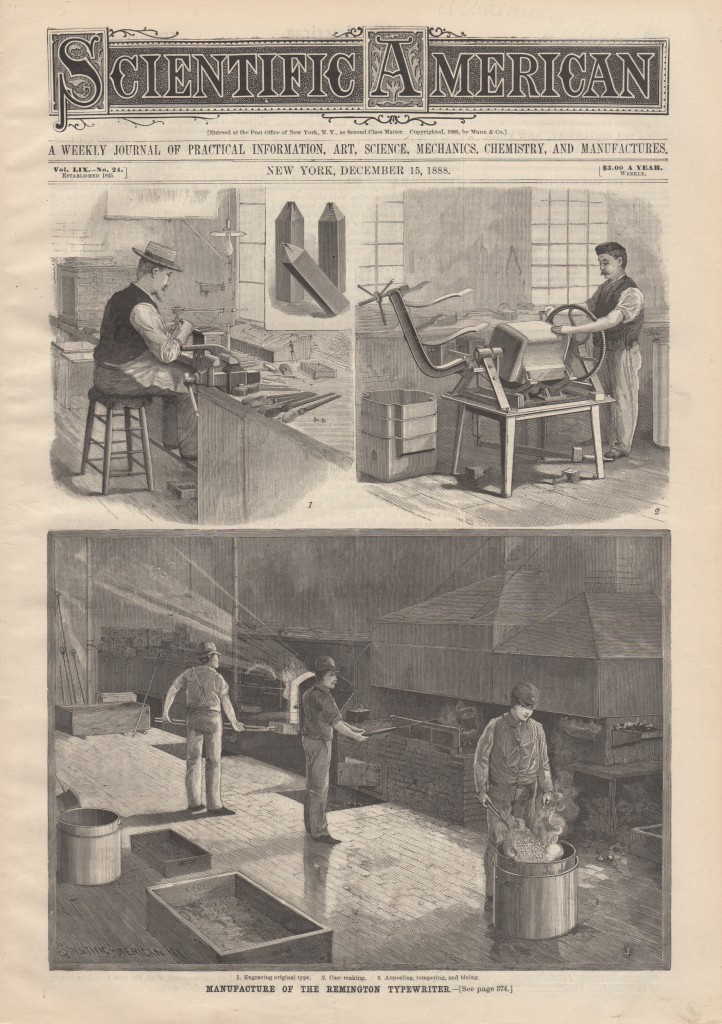 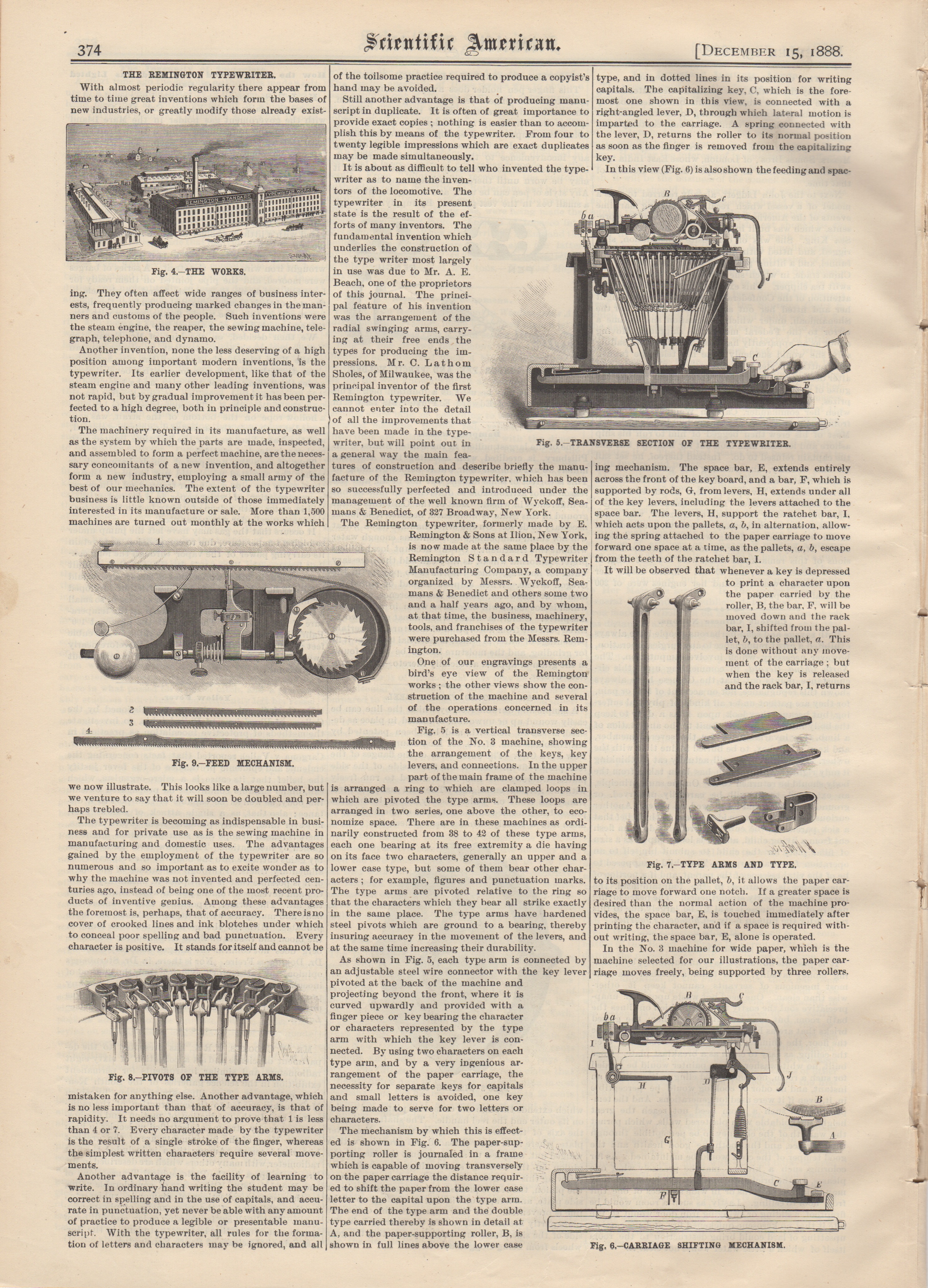 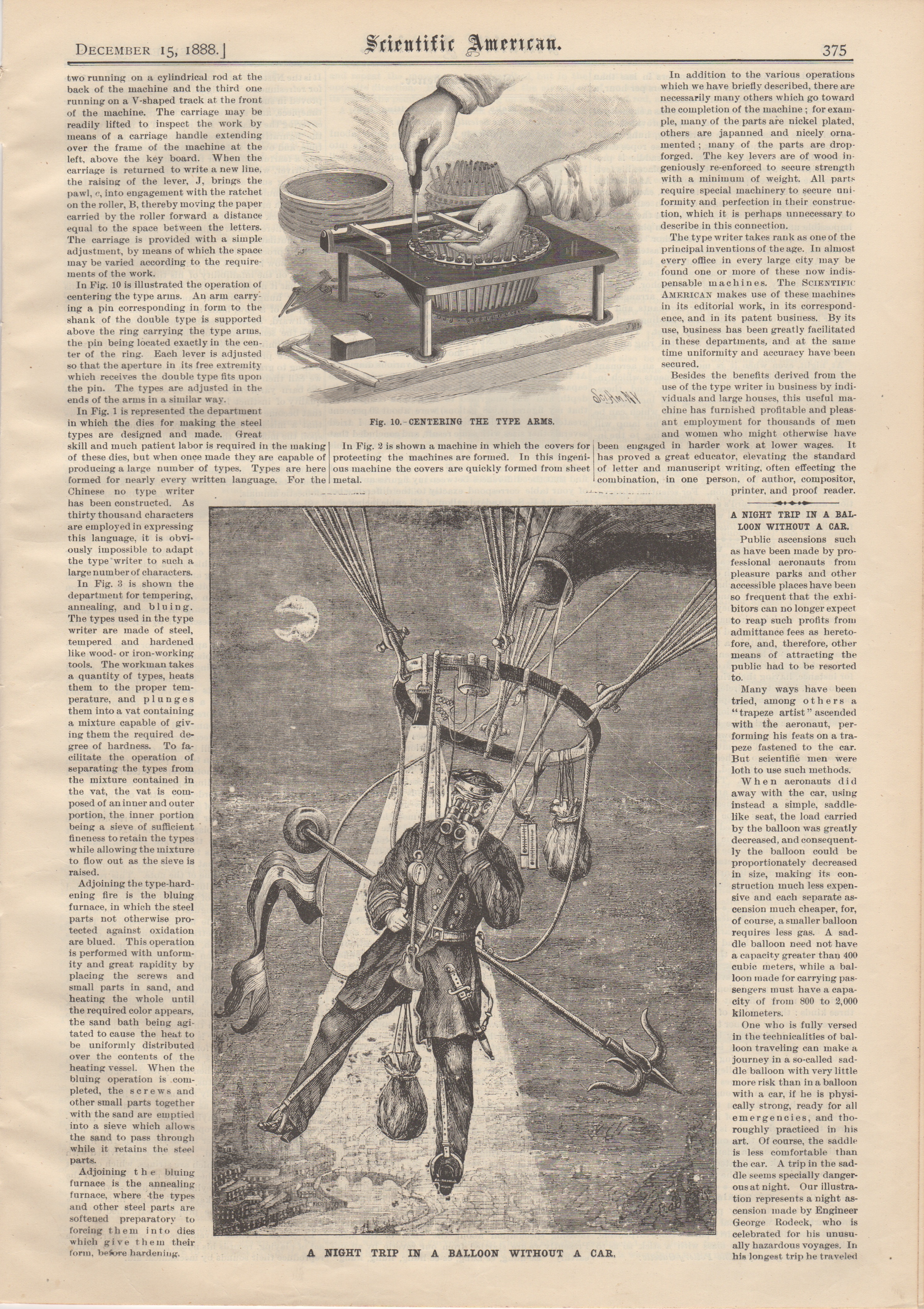 Once there were Type-Writers and Caligraphs
Monarch Visible No. 1 & Monarch Typewriter No. 3
A sportswriter's Monarch
The Monarch Noiseless 61