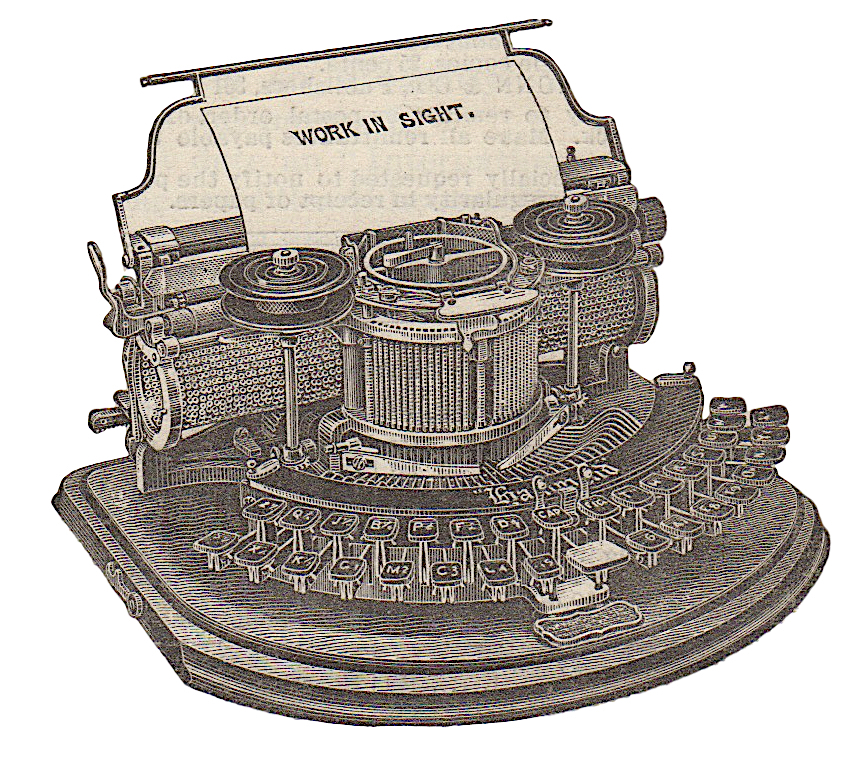 Scientific American, a journal which chronicled so many inventions of the late 19th and early 20th centuries, devoted several covers to the manufacture of typewriters, including the March 7, 1896 edition which featured the Hammond typewriter:

Prominent among the many industries which have grown to large proportions within a comparatively short space of time is that which is devoted to the development and manufacture of the typewriter. This most useful, we might say indispensable invention, which was at first regarded as nothing more than an interesting toy, now gives employment to many thousands of operatives, and entails a heavy investment of capital in numerous large and thoroughly equipped factories. While the various forms of the typewriter, and its busy “click,” are familiar to our readers, its internal construction, and the infinite care and nicety of adjustment that enter into its manufacture, may not be so well known.

Now you can know…

Scans of the relevant pages are offered as large, jpeg files.

Hammond attempted, unsuccessfully, to market a curved keyboard with a distinct key arrangement, as evidenced in this passage:

The recommended keyboard was anything but “ideal,” as it required the operator to reach for outside keys. Placing the dominant keys in the center, under the right hand, was a good idea, but the QERTY keyboard had already gained ascendency.

And also there was flight… 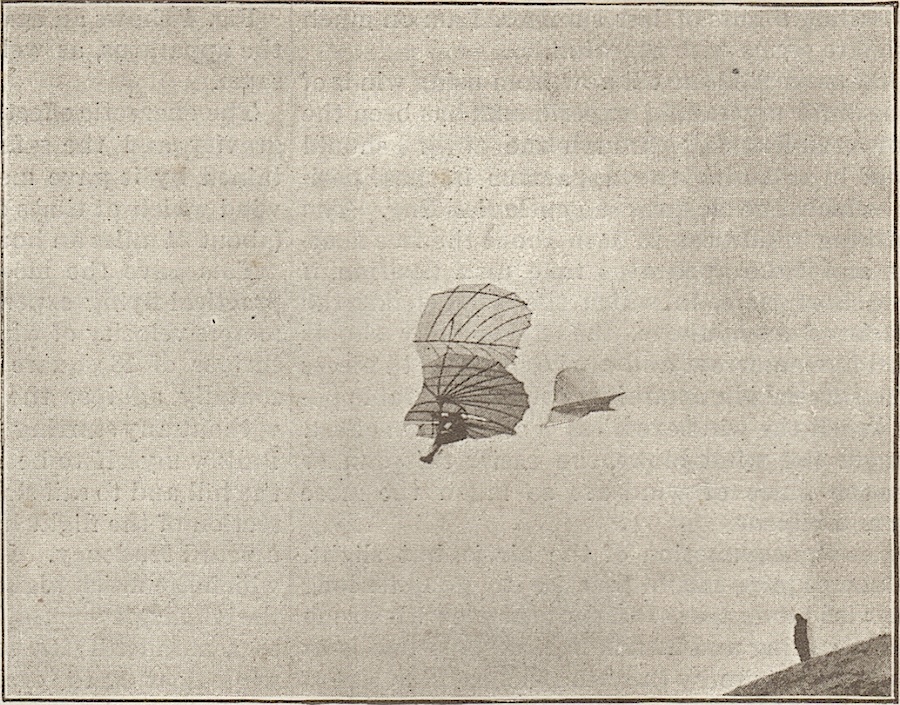 That page is offered here: Practical Experiments for the Development of Human Flight, by Otto Lilienthal (links to large jpeg file)

A Chinese typewriter, 1899
1889 Remington Standard No. 2
Ephemera: Mrs. Utley's typewriter
1896: The chief requisites of a typewriter

Next post: The Remington Standard in Scientific American, December 15, 1888